Kim Fischer - A Texan’s Introduction to Skiing in Utah

One year ago, ABC 4 Anchor Kim Fischer was uprooted from Texas when she got a job here in Utah. Never skied a day in her life and she met me. Eight months later she is still dating me but figured out if this is going to last she would have to learn how to keep up with the Powder Posse on and off the slopes. So we set her up with some lessons at Park City Mountain Resort and Snowbasin.

Here is Kim’s experience so far:

Snow Obsession. Being from Texas, where there's not a single mountain... and tons  of humidity... cold and snow are usually seen as a nuance, so I didn't quite understand it. But everyone I've met in Utah over the past year, either grew up on the slopes, or moved here specifically to be around the mountains. Needless to say, it was all very foreign to me.

So, this winter I decided to see what all the hype is about. At the ripe ol' age of 33, I'm learning how to ski.

Park City Mountain Resort has a program called startNOW, designed to get local never ever's (like me) on the mountain. They're providing me 5 group lessons, and all the rental equipment I need to get them done. So I decided to spread those days out during my two weeks off, and hopefully by the end of it all... I'll be able to get up and down a mountain all on my own... and possibly a step closer to understanding this whole "Snow Obsession" thing.

Time to hit the bunny slopes! Thanks to my pal, (and professional skier Kirstie Scott) I didn't look like a complete goober on my first day. She has an array of ski gear, so I wore her stuff instead of my jeans. I ran inside, got sized for my boots and skis, then met up with my instructor, Derek. Because I was the ONLY "never ever" on the hill, my group session turned into a solo lesson. Which was probably a really good thing... because I needed that personal attention. Derek had me do some drills without skis on first to check my balance and coordination. To my surprise, despite what my family and I have thought since I was a child... Derek said I was actually a very coordinated person! (I guess being an absent minded klutz is different than being coordinated?) Moving on...

We got our skis on, and I learned the infamous "pizza" and "french fries." I spent most of the day in "pizza" mode. It was a slow go (as you'll see in the video) but by the end of my 3 hour lesson, I was learning how to turn down the hill... even if it was in wounded duck position!

This was a lesson in patience. After a successful first day, I hit the top of Bonanza at PCMR on day 2. My better judgement was telling me it probably wasn’t the best idea, but my competitive nature ignored common sense.

After a good dozen falls, and a regression in confidence and ability... I realized, I should have listened to the little voice in my head!

This was a day of retraining, and I did it in just the right place. A group of friends and I headed up to Snowbasin for the day. While we were a day short of fresh powder... the lessons were impeccable, and I learned skiing is more than just the act of going down a mountain... it’s about the experience.

I brought my friend and co-worker Kimberly Nelson with me on this weekend trip. She had only been on skis a couple of times herself, so I figured us learning together would be more fun than being alone. I was right! Instructors Stew and Kendra took time to help Kimberly work on control, while I got a handle on my confidence.

After a few hours, we met up with the rest of the group, and headed up to Earl's Lodge for a little Apres Ski. It was my first post-mountain fun experience, and I was treated to a personal photo shoot with The Powederhound. (see ridiculous pictures attached.)

The fun continued through the night at Lakeside Resort Properties. I quickly realized, though it wasn’t dumping feet of snow, people still had plenty to talk about. From those absurd pictures, to an amazing burger at Shooting Star, to squeezing 6 people into a 4 person hot tub... it was fun. And it was the act of skiing that started the ball rolling.  I think I’m beginning to realize that the physical act of skiing is only part of the fun.  The passion and enthusiasm my friends posses is kind of contagious...

My lessons continue this week at PCMR... so wish me luck... and less bruises! 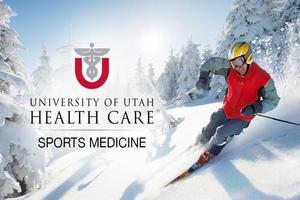 Stay on the Slopes, Not in the Ski Clinic