My ski bum friends at Mountain magazine recently spent a few nights “roughing it” in one of Natural Retreat’s homes at Deer Valley. They let me in on their pizza and hot tub party so I thought I’d let them share their story here. – Ski Utah Yeti

No, seriously. For the past 10 years the Mountain magazine ski test setup crew has travelled to Snowbird, Utah for the annual test. The event involves organizing 24 manufacturer's reps, nearly that many ski testers, and upwards of 225 pairs of skis. There are pits to be dug (for the binding techs to stand in), gear to be hauled, banners to be hung, photo shoots to wrangle, waivers to sign, and finally, there's the skiing. The crew runs from bell to bell, typically skiing the same run 18 to 22 times a day, filling out test cards as they go. It’s a big event. And events, if you’ve ever organized one, are exhausting. 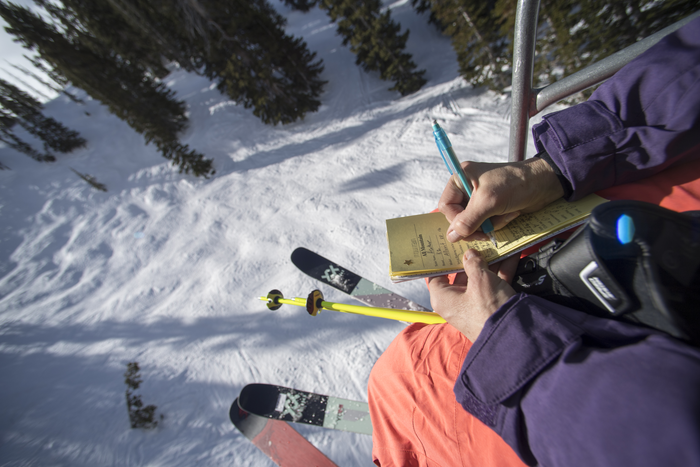 That’s fine, the crew—all carefully recruited from northern New England and Adirondack stock—consists of hearty skiers accustomed to sleeping in vans to chase powder, standing on the side of racecourses in coaching boots, turning screws at consumer demoes, and hauling 70 pound totes of squid in the off season. Somehow they suffer through. As a pudgy Burt Reynolds member of the crew tearily says of test week, “It’s all I have in my life.”

But starting four years ago, the crew’s union representative decided the laborers needed a few recovery days of après ski test. They were looking for a chance to sleep past 6:30; explore Utah’s mountains at a gentler pace; maybe not cram five dudes into a hotel room; and smell something other than drying ski boots. So, the crew turned to Mountain’s long-standing partner Resorts West by Natural Retreats and a tradition was born. As a partner, they’d put the team up in posh digs at Deer Valley and they’d indulge and shred like more discerning vacationers for a few days. 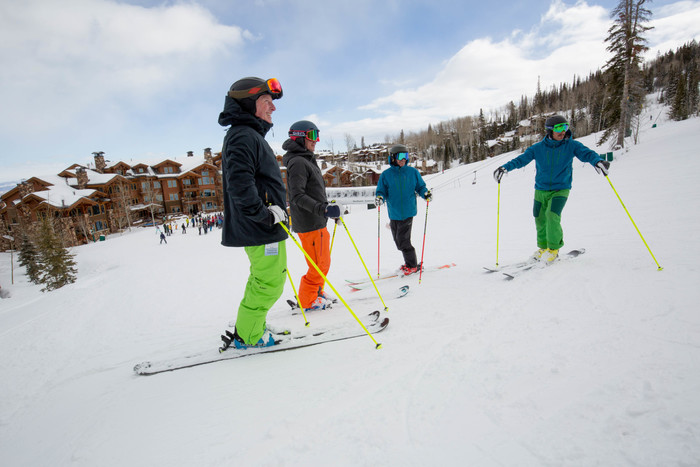 This year, Natural Retreats put everyone up in a multi-million-dollar home on the Empire Canyon side of the resort. You should have seen Tiny Tim (Mark Carroll), Pip (Rob Hudson), the Artful Dodger (Thomas Forcier), and the rest of the impoverished crew’s little faces light up when they got to the castle. It was like that time the Patrone (the Italian ski test boss that showers them with his benevolence) gave them meat with their porridge. And get this, the place was ski in and ski out—the Northside Express lift serviced the Empire Pass neighborhood, meaning the crew could ski out the door onto Flagstaff Mountain where they do 80 percent of their skiing anyway. The humidity was centrally controlled, so the flatlanders didn’t nosebleed on the Egyptian cotton pillows. And everyone had their own bed. The crew immediately ordered pizzas. 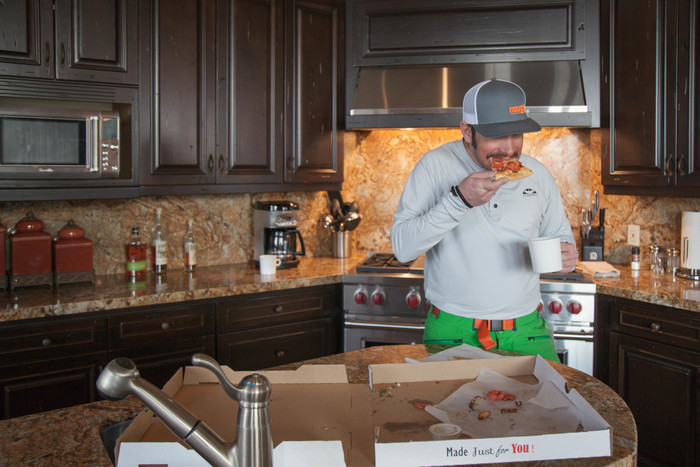 Resplendent in luxury, but unaccustomed to so much personal space, everyone got in the hot tub until things got nice and awkward again. 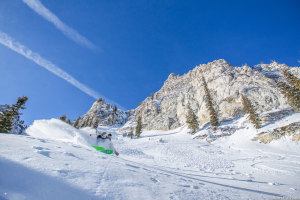