A look into four "senior" skiers that inspire us all to keep pursuing our dreams. And skiing, of course!

Barbara Stewart Anderson is Queen of the Mountain

Barbara has a huge bucket list, and it's overflowing with her accomplishments. She scuba dived at the Great Barrier Reef and she hiked mountains on top of the world. She has completed seven treks in Nepal, ridden a yak in Tibet, heli-hiked in British Columbia and reached the summit of 13,679 foot high Mona Loa in Hawaii. What makes it remarkable is that she did it in her 60s. 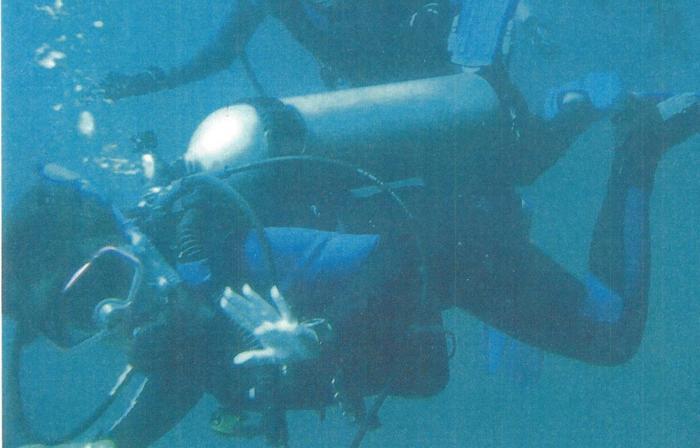 Her list of accomplishments keeps growing. Just 5 years ago, she skydived and she also summited 19,341 foot high Mt. Kilimanjaro, the highest point on the African continent. She was 76. 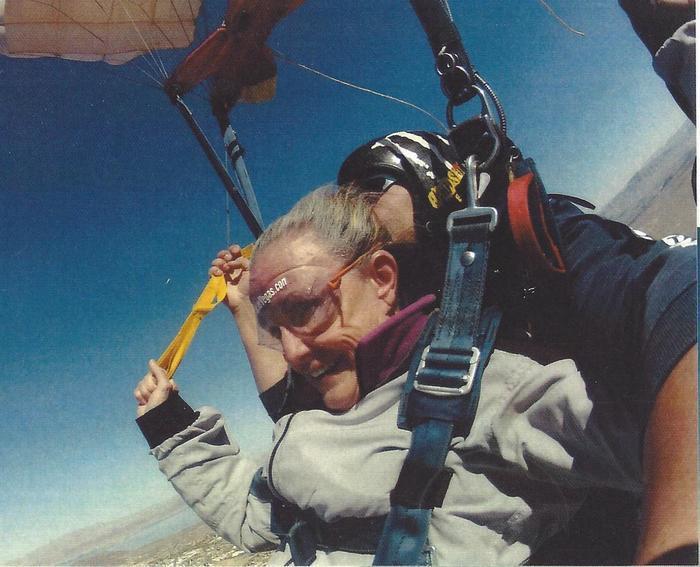 She lives by her philosophy: If I can do it today, then why not? I may not be able to do it tomorrow.

Her passion for outdoor adventures began when she was a youngster.

Her family homesteaded in the beautiful North Fork of Provo Canyon. Her dad, Ray Stewart, built a little cabin near the base of Mt. Timpanogos. During the summers, Barbara and her siblings roamed the hills and hiked to the falls. It inspired Barbara to a life of over-the-top outdoor adventures that she continues throughout her life.

But during WWII,  the Stewart cabin became headquarters for training the Civilian Defense Ski and Mountain Corps -- sort of a civilian version of the military's 10th Mountain Division. In addition to first aid and other skills, ski pioneer Stewart taught the recruits how to ski.

After the war, Stewart, along with acclaimed skier Junior Bounous and others from the Defense Corps, cobbled together a rope tow. Stewart bought 1,200 feet of new manila rope for $61 and an old truck for $125 to power the tow. He spliced the rope into a loop using written instructions -- and it worked. It was the first ski tow in the area.

The tow created new challenges. When Barbara was just nine-years-old, she helped her dad lug heavy car batteries back and forth, on and off the mountain, so they wouldn't freeze at night and lose their charge. As the oldest child, Barbara was often called on for help. She learned to run the snack bar, punch ski tickets and help skiers onto the tow. It was part of growing up in a ski pioneering family.

Skiing quickly became popular, and they soon built a 50-meter ski jump and they raced on the Mt. Timpanogos glacier in the summer. In 1948, famed skier and Olympic coach Alf Engen set the Giant Slalom course on the Timpanogos glacier. The event drew notable racers including Jack Reddish, Dev Jennings, Corey Engen and Olympian Suzy Harris.

Ray Stewart modified skis so young Barbara could ski on the glacier too. By the time she was 12, she was winning junior ski tournaments in Downhill, Slalom and Cross Country. 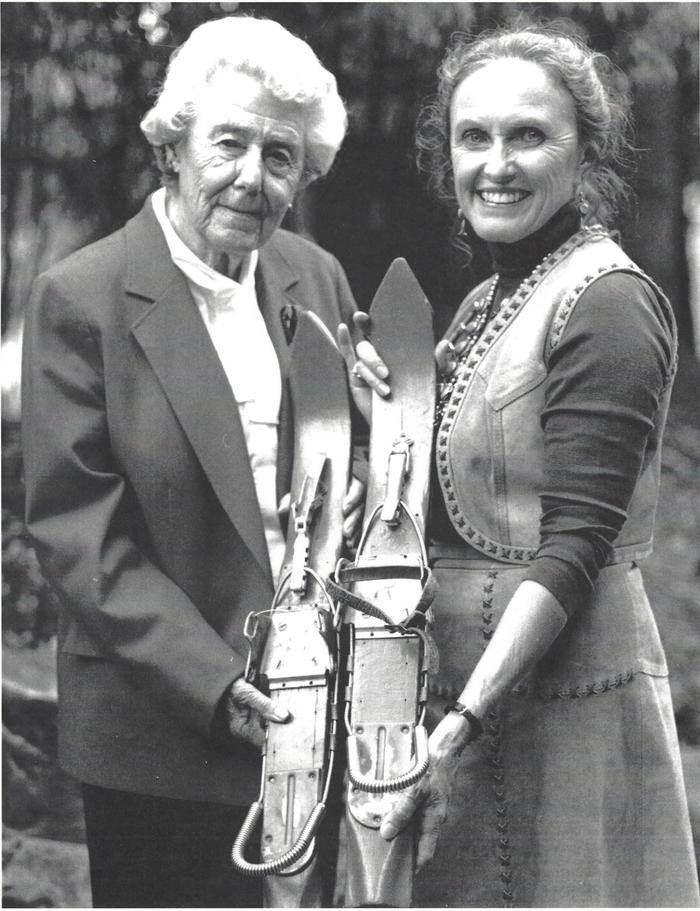 Today, ski pioneer Ray Stewart's name lives on at Sundance. The main lift is named for him: Ray's Lift. Stewart was inventive and creative with a passion for tackling the difficult and never giving up. 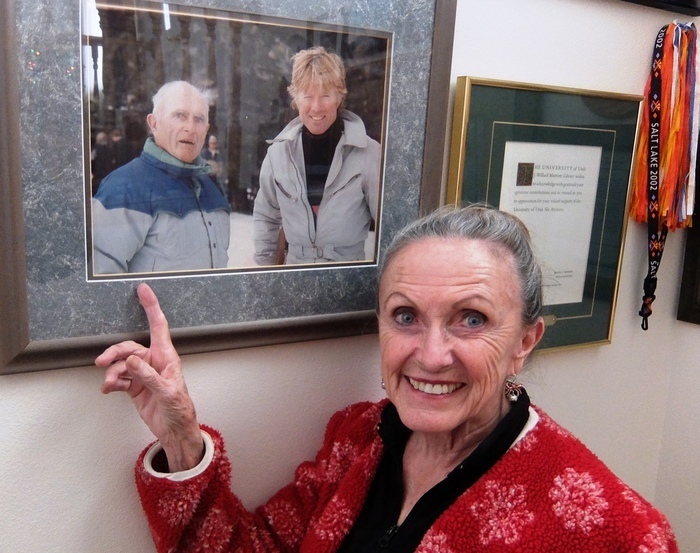 Now at 82, Barbara is an icon of taking on challenges and achieving results much like her dad did. She skis regularly with the Sundance Seniors, walks three miles a day, works out at the gym, took first place in a 5K race and is active in her church and community. Nothing stops her. Many would be exhausted trying to keep up with her. 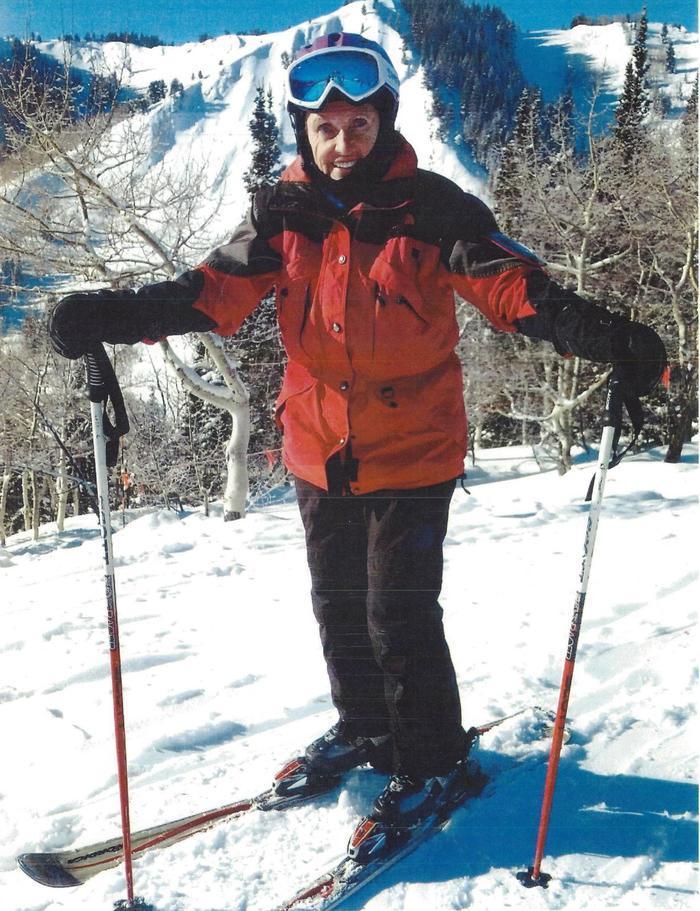 Fun fact: you can enjoy her collection of more than 600 miniature skier figurines that are on a rotating exhibit at the Alf Engen Ski Museum at the Utah Olympic Park in Park City.

From Bombs to Bikinis - Ruth

When air raid sirens blared in Bingen, Germany, residents scrambled down into their cellars for protection. It was the 1940s and WWII terror often rained down from the sky. The prosperous town on the Rhein was bombed again and again by Allied forces. 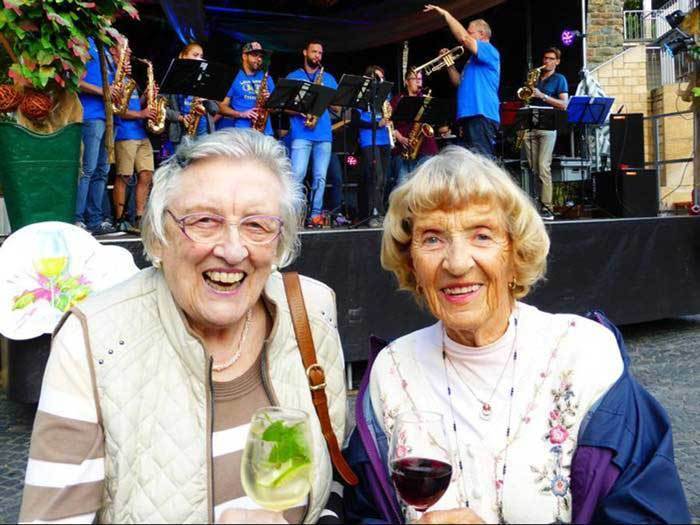 After each attack, Ruth’s mother rushed to the rooftop of their building to pick up the burning flares that had been dropped, and she hurled them off the roof so the building would not catch on fire.

Historically, Bingen was poised on a critical transportation route that was established centuries ago during Roman times. In modern times, Bingen became a major railroad hub and a thoroughfare for communication landlines. Allied forces aimed their bombs at the hub and the communications.

But bomb drops were not accurate. High winds often carried them off target and into the town where they destroyed schools full of children and homes of those who wanted no part of the war.

At that time, Ruth was an athletic school girl in Bingen. She was a gymnast, practiced ballet, played tennis, and she learned to ski on a local farm hill. The turmoil of war shaped her life. She learned to expect little but to keep going no matter what. It guides her life today.

As the war grew worse, Ruth’s family fled from Bingen. After the war, they walked for many days to get home -- to find out if their home was still standing.

As Ruth walked, she decided to use the fabric of her old school uniform and make a bikini for herself. She envisioned happiness even when life was full of misery. 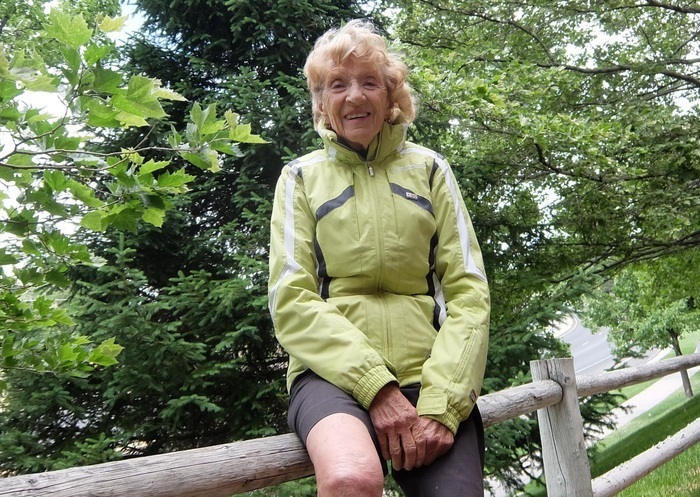 You have to keep going and you have to stay strong.

Today, like the bikini she created long ago, she dresses fashionably and keeps a positive attitude. She encourages senior women to be positive also. “Eat right and don’t let yourself get fat,” she says.

Ruth is slim and active at 86. She skis three or four days a week at Alta Ski Area, Brighton or Solitude Mountain Resort. The other days she walks for 30 minutes. 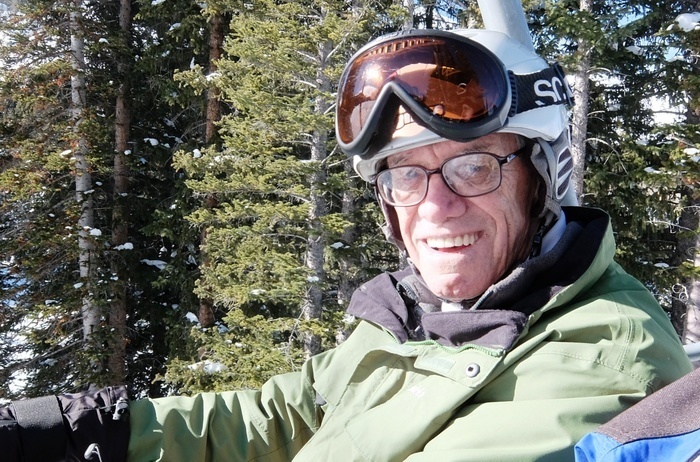 A college ski course changed Bud’s life. At the University of Utah, he took a ski course taught by Bill Lash, a founder of PSIA (Professional Ski Instructors of America). Bud excelled and earned a PSIA ski teaching certificate—one of the very earliest. And then he was drafted.

After basic training when assignments were being made, Bud presented two unusual documents: his PSIA ski teaching certificate and a personal letter from Bill Lash to the Commandant at Camp Carson. And then Bud said: “They’re expecting me.”

The officer “had never seen such documents. He didn’t know what to do with me.” So he left the room, checked it out, and returned saying:  “You’re right. They’re expecting you!”

Lash recognized Bud’s athleticism and he paved the way for Bud to proceed to Camp Carson, Colorado, to take the strenuous mountaineering program.

Historically, Camp Carson was a major military base where 100,000 Special Forces trained during WWII. In Bud’s era, it continued to be base for specialized divisions, and it had the only U.S. military Mountain Training Center. It was a rugged program.

From there, Bud taught not only taught skiing but also mountaineering, climbing, and survival to Special Forces in all branches of the U.S. military and to units from other nations. Quite a gig. It all started with a ski course.

Later he taught worldwide at eight ski areas including locally at Alta Ski Area, Brighton and Park City Mountain. He coached World Cup alpine champion Tamara McKinney, and he created a ski school where there was none. 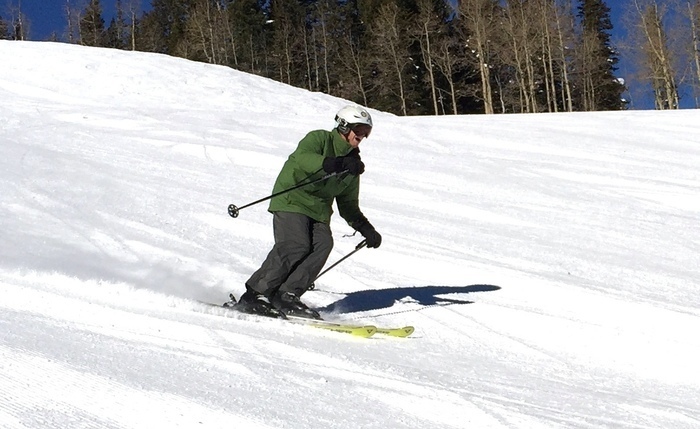 But his real career was a mining engineer. He’s been in some of Earth’s deepest holes and on some of its highest summits.

People know Bud by his laugh that’s ruckus enough to start an earthquake. Look and listen for him at Alta, Deer Valley Resort and Brighton.

Leg problems make it hard for him to walk, but he swoops smoothly down the slopes on his skis. At age 83, he was clocked at 48 mph.

Bud’s advice for older skiers: "Accept that you're not as agile as you once were. Slow down," says speedster Bud. Then he adds: "I guess I should take my own advice!" 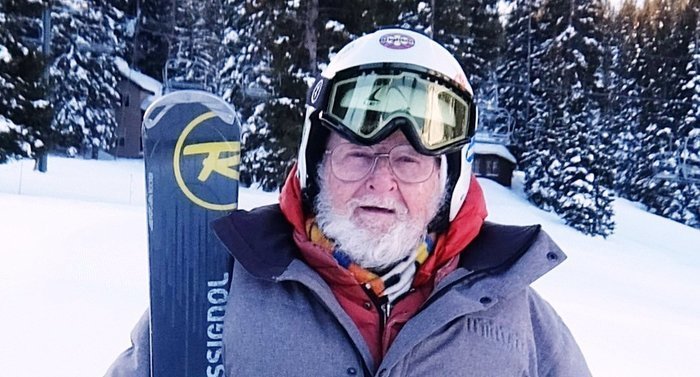 Paul holds a 25-year record for skiing every day of the season. He's known as First Chair Paul because he's always first in line when the lifts open at Brighton. 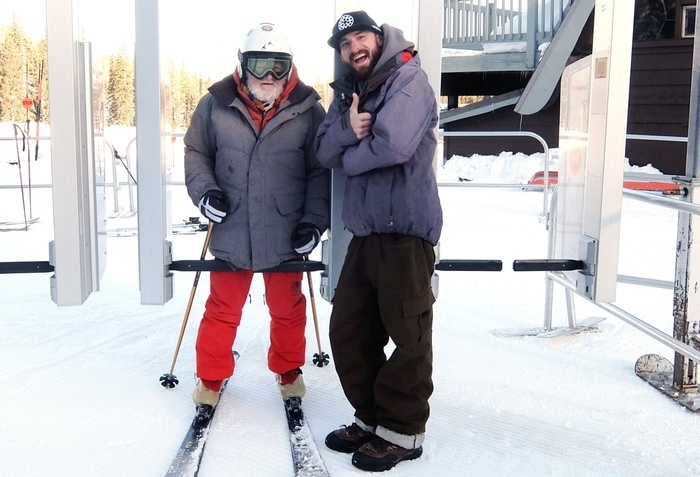 Paul’s advice for older skiers: "Don't be a couch potato. Enjoy what you're doing every day".

Paul knows how to dress for the conditions. On bitter days he wears his “hot buns” – specially tailored long johns with pockets to hold hand warmers. When skiers dress silly in spring, he wears a tutu. Sometimes he flies a paper Japanese fish kite from his helmet.

This retired architect not only skis daily but he’s an avid sports fan. He takes TRAX to all University of Utah's home football and basketball games. Even when games end late, he still skis a few runs the next day.

Agile and mobile at 90, Paul enjoys skiing as freedom. Skiing has always meant freedom for him. He worked in his dad's grocery store as a teen, and he drove to the wholesale market daily to buy fresh produce. After school and when his job was done, he was free to ski. And he skied. 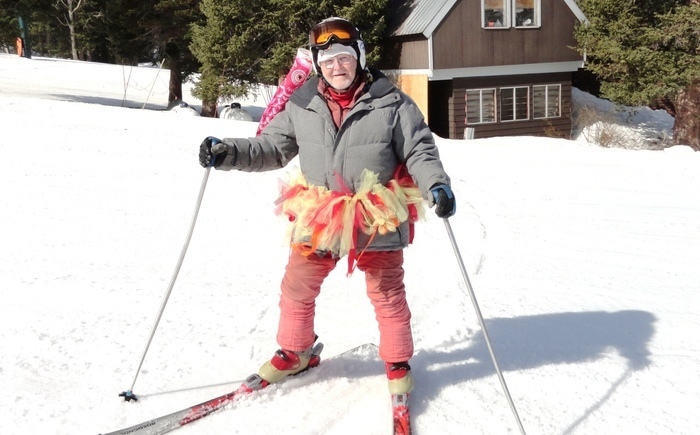 These two Gentlemen of Snow are skiing and going strong. They often hear: “I want to grow up like you.”

Harriet Wallis has been a ski writer, editor and photographer forever. She learned to ski on a dare when she was in her mid-30s and has been blabbing about it ever since. Read more from Harriet at SeniorsSkiing.com. 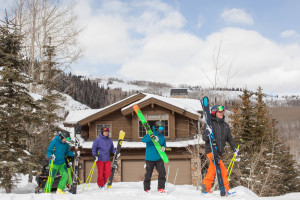