As a furry Yeti, I don’t naturally mingle in crowds of cyclists dressed in spandex from head to toe. Although I’ve got to be honest that after witnessing the Tour of Utah this past week, I now have an incredible amount of respect for arguably the planet’s hardest working athletes. In five short days this past week, the world’s top cyclists raced 409 miles all while climbing over 30,000 feet deep into Utah’s mountains. In fact, the Tour of Utah has rightfully gained reputation as America’s Toughest Stage Race. Gaining momentum, it is satisfying to see cycling building respect and interest on this continent, as the sport traditionally is as rooted in Europe as France’s cobblestones.

As a spectator, I had the pleasure to hang out at a few mountain passes along various stage routes. I met many characters along the way, including a man dressed as the devil and the Moneyman, who went around firing up the crowd by handing out crisp one dollar bills. Hanging out with these colorful characters is a huge part of bike racing, waiting in anticipation for the riders to pass by. While racers come and go in a blur, you hold onto the the energy and excitement created by each pedaled stroke.

I was keeping an eye on the top mountain climbers because the premier climber, or King of the Mountain (KOM) wore the Ski Utah jersey KOM jersey. In many of the grand tours, the mountain jersey is a polka dotted jersey, but here in Utah, we were more than happy to replace the polka dots with Ski Utah snowflakes. And in the end it was an amazing week of racing with Utah’s adopted son, Levi Leipheimer, proudly earning the Yellow and Ski Utah KOM jerseys.  It was a week of bike racing that I will never forget, witnessing bicycles climb mountains faster than most ski bums' cars.

Check out more photos from the Tour of Utah. 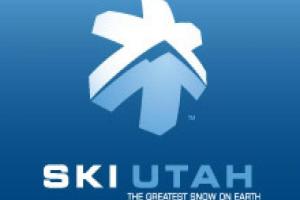