Scott Kolts of Dahlgren, IL was named Learn to Ski and Snowboard Ambassador of the Year in a program that is designed to encourage current skiers and snowboarders to help newcomers sign up for lessons from professional instructors. Kolts introduced 15 people to skiing and snowboarding while first runner up, Cindy Rust of Hauser Lake, ID brought 11 newcomers and Lei Xia of Jersey City, NJ second runner up introduced three new people.

“Not many people in my area ski, so the Bring a Friend Challenge offered a fun way for me to help other people get involved, particularly my daughter, Alex,” said Kolts after learning he was Ambassador of the Year. “She’s fallen in love with skiing—and now I have a great ski buddy,” he added.

As Ambassador of the Year, Kolts wins a four-day trip for two to Utah, a pair of skis from Head Wintersports, a season pass to the resort of his choice and a pair of Heatwave gloves from Seirus Innovation. Rust wins a snowboard set up from Flow Snowboarding.  All three winners receive a jacket from The North Face and high tech socks from Falke.

Raelene Davis, VP of marketing for Ski Utah and chair of the Learn to Ski and Snowboard Month / Bring a Friend initiative said she is thrilled to be hosting Kolts in Utah next year, especially since he grew up in Utah.  “Scott’s passion for skiing is infectious and it’s clear to see that his passion is what motivated others to try the sport,” commented Davis.

The Ambassador program is part of the snow sports industry’s Learn to Ski and Snowboard / Bring a Friend initiative. The goal is to motivate those already involved in the sports to help newcomers sign up for lessons from professional instructors. To become an Ambassador, current participants are asked to help at least three newcomers sign up for beginner lessons and register them through the national Bring a Friend Challenge. 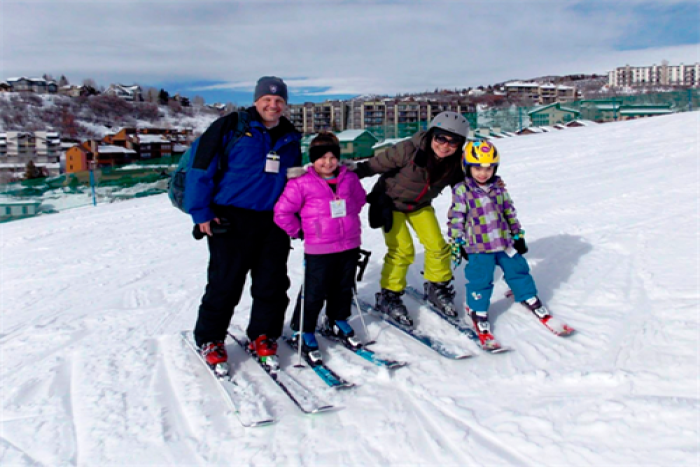