Salt Lake City, UT (November 7, 2019) — Each year the University of Utah’s J. Willard Marriott Library holds the Ski Affair, a fundraising event for the library’s Utah Ski Archives, the largest archive of its kind, which is dedicated to the history of ski and snow sports in the Intermountain Region. 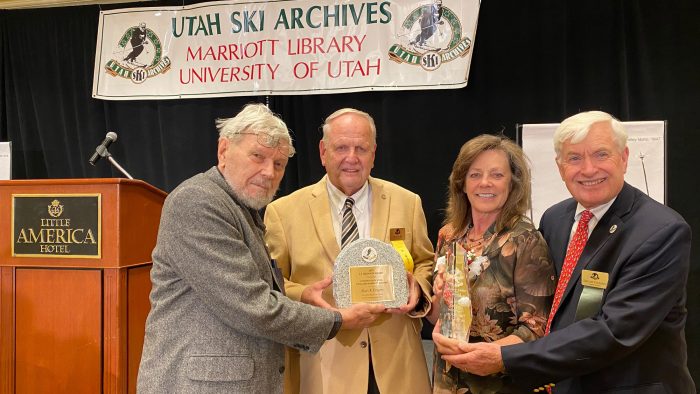 The History Maker Award went to the Wasatch Mountain Club, which is observing its 100-year anniversary. Founded by some happy hikers who met each other on the trail, the club started with 13 members and now includes more than 1,000. The club’s original mission was to provide educational, physical and social activities, and that mantra still applies today. Activities include hiking, ski touring, river running, mountain climbing, kayaking, canoeing and rafting as well as mountain and road biking. In the 1960s, the club expanded its role by taking on conservation projects to help preserve the mountains they so treasured. The historic lodge built in the 1920s in Brighton, still exists today and has been adopted by a foundation that manages the building. The Wasatch Mountain Club is both a symbol and an active ingredient in today’s bustling and dynamic winter sports arena. Club President Julie Kilgore and other members accepted the award on Tuesday.

The S.J. Quinney Award went to Alan Engen, for his lifelong contributions to ski history. Alan is the son of the legendary ski jumper and powder skiing competitor Alf Engen – who also was a key player in developing Utah’s ski areas and fostering the growth of the competitive sport. Alan has been preserving ski history his entire life. His marque contribution to Utah ski history is the Alf Engen Ski Museum located at S.J. Quinney Winter Sports Center in Park City, Utah. Alan led the fundraising for the museum, which, he says, started as a modest plan to build an A-frame for his father’s memorabilia. Today the museum sees 500,000 visitors a year and, in addition to Alf Engen’s memorabilia, houses artifacts related to the history of the ski industry and competition field. The author of two books, For the Love of Skiing: A Visual History and First Tracks: A Century of Skiing, Alan is considered today to be one of the premier historians on winter sports in Utah. It is important to note that Alan has contributed volumes to the Marriott Library’s Utah Ski Archives, which is the largest archive of its type worldwide. 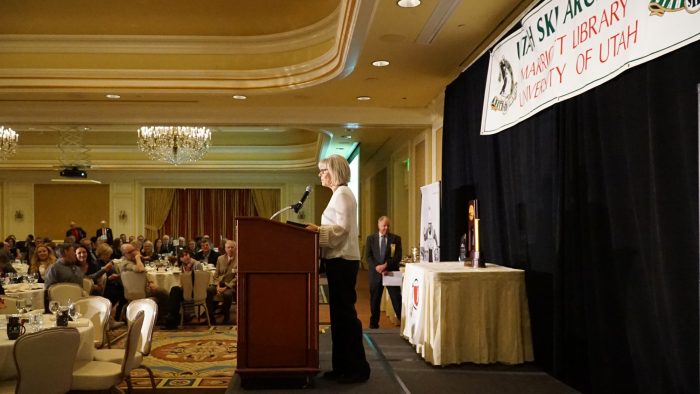 The Sue Raemer Memorial Award went to Raelene Davis of Ski Utah. Each year the Sue Raemer Memorial Award is presented to one of the volunteers who has exemplified the drive and commitment of the late Sue Raemer, co-founder of the Ski Archives. Raelene is currently vice president for marketing at Ski Utah and she has been promoting Utah’s “Greatest Snow on Earth” since 1985. Raelene’s dedication to the Ski Affair has been monumental in that it has propelled the event to new levels.

Today the event hosts more than 400 guests, including representatives from Utah’s ski resorts, Ski Utah, Olympic organizations and the U’s ski team. The event raises more than $40,000 each year which allows the Marriott Library to acquire and process the photographs, films, papers and other materials related to the history of skiing and snowboarding.

About the Ski Archives

Renowned worldwide, the Utah Ski Archive includes exceptional collections of ski photos and films, historic files of the region’s ski resorts, the records of the Salt Lake Bid and Organizing Committees for the 2002 Olympic Winter Games, numerous personal collections and countless other materials — all of which are available to researchers, historians, the media and the general public at no cost. 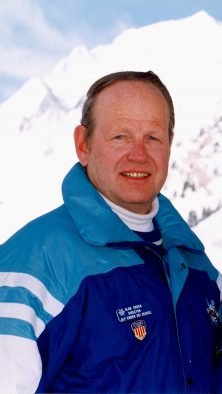 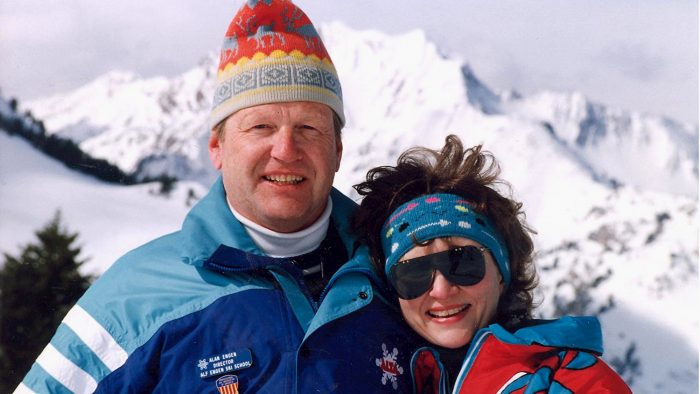 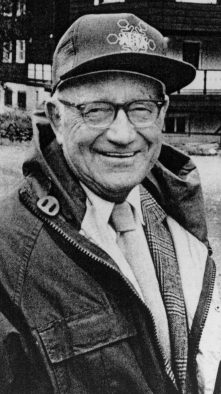 Wasatch Mountain Club Members pause for a photo after a day touring the mountains. 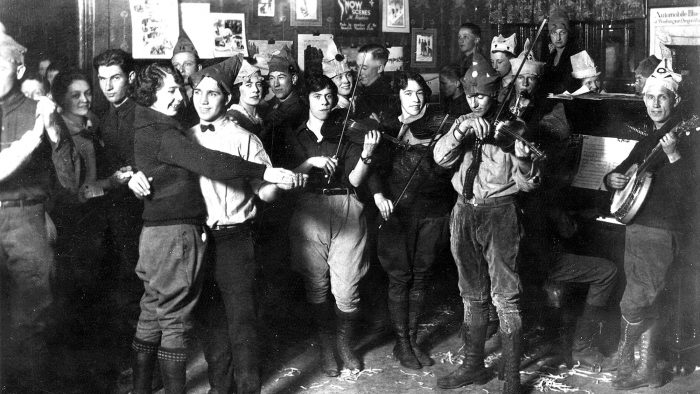 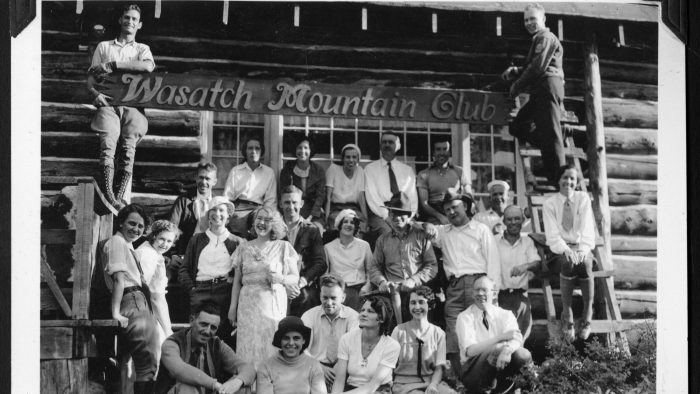 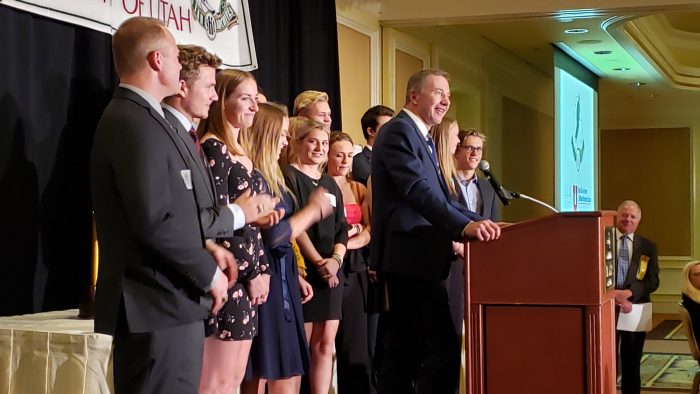 University of Utah Ski Team at the 2019 Ski Affair