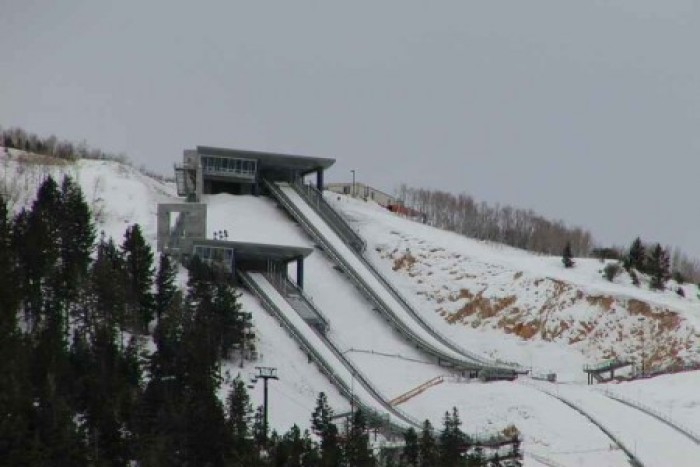 A lot is on the line at the Olympic ski jumps in Park City this weekend as the top women's international ski jumping circuit resumes after a two-month break with the Visa International Continental Cup. The U.S. Ski Jumping Team hopes to bring its home jump advantage to the events after a strong start this past summer and fall.

The Visa International will be the first winter Continental Cup on the Olympic hill since the tour's inception in the 2004-05 season. And it takes on even greater significance coming in the year of the women's first World Championships, set for Feb. 20 in Liberec, Czech Republic.

Park City's own Alissa Johnson, now sixth in the Continental Cup standings after 10 summer events, will be looking to make up ground on Cup leader Ulrike Graessler of Germany. Johnson is off to a great start with two podiums, including a win on the Olympic hill in Lillehammer, Norway. She was third on the same hill that will be used for the women's debut at the FIS Nordic Ski World Championships in Liberec.

Around 50 athletes from nine nations are expected for the two night jumps at the Utah Olympic Park. There's a lot on the line with the best athletes in the world vying for the Continental Cup title and to medal at the debut Worlds in February.

Admission to the Visa International at the Utah Olympic Park is free. Doors open at 5:30 p.m. both Friday and Saturday night. There will be free hot chocolate for all, plus a visit by Santa Claus on Saturday.

Sundance is just around the corner. I'll be there. Will you?

A Series: 11 Things You Didn't Know About The Big Cottonwood 7-Eleven, Part II

Specials at The Canyons for children and women alike.

Sundance is just around the corner. I'll be there. Will you?

Specials at The Canyons for children and women alike.

Time to get your snowshoe on.