It's funny when "hard core" skiers talk about Deer Valley, sometimes dismissing it almost immediately for lacking this or lacking that. While Deer Valley has it's share of steeps including Daly Chutes, Daly Bowl, Mayflower Bowl, Lady Morgan area and Ontario Bowl those areas of the trail map aren't reason enough to sway the Alta faithful or the Powder Mountain regulars away from their beloved hills. And that's perfectly ok with me.

As a powder hungry skier, the real gem of Deer Valley are the trees. While I absolutely enjoy the impeccable groomed runs, particularly the steep ones like Steins Way, Wizard and Perseverance I get all giddy inside every time I ski there after a storm at what lies in the trees. Just a few feet away from those very runs I just listed lie hundreds of turns in untracked powder...just waiting to be skied. 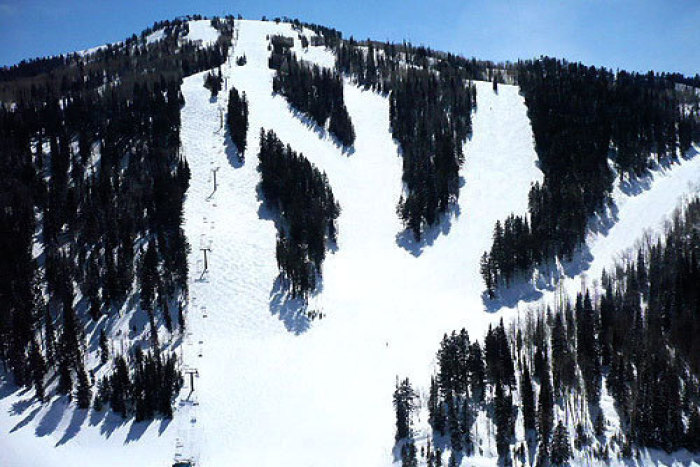 Triangle Trees on the left, slivers of trees holding untracked powder on the right

So it was yesterday when skiing with my 9 year old son who earned a "get out of school for a powder day" card that we plundered the trees of Deer Valley which held 6-12" of Utah's finest. 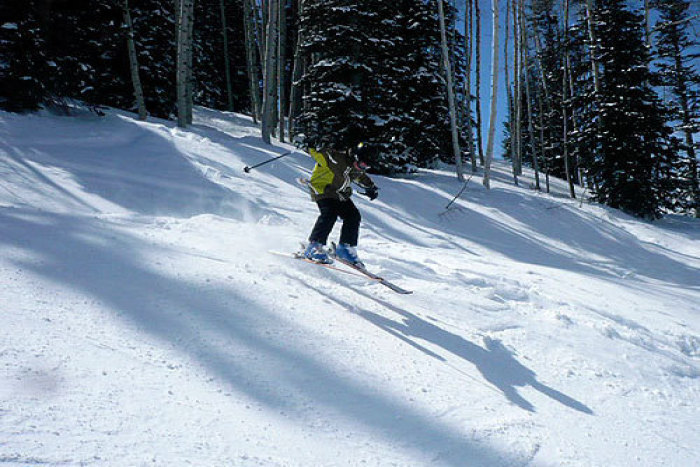 What kid doesn't love to search out jumps? Deer Valley has plenty!

We skied until our legs couldn't ski any longer. When we weren't hitting the trees off of Solid Muldoon we would rally down Success to the "ski luge" that is under the Carpenter Express. (Even big kids like me love a good tree trail like this one.) When taking a break from the Triangle Trees we'd carve down Tycoon going making big arcs as we had the run to ourselves.

Everywhere we went the powder was there for the taking. Lift lines were non-existent and many runs we skied were shared with one, perhaps two others at most. After skiing Keno to Legal Tender, quite likely one of the more popular areas on the entire mountain, McKinley turned to me mentioning that we had Deer Valley to ourselves. He was spot on. 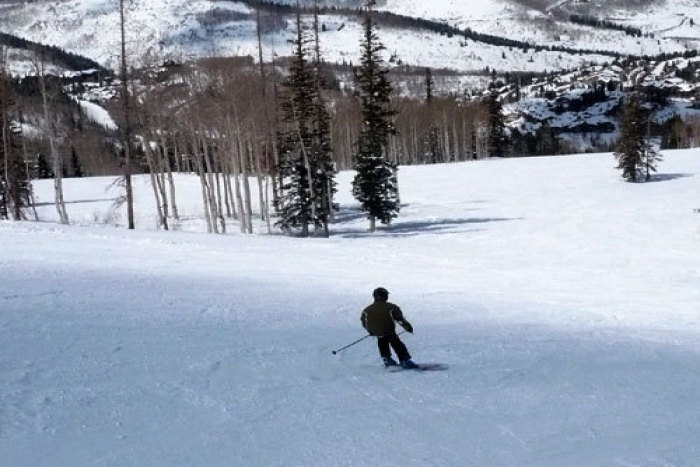 From his 9 year old perspective, as a solid blue skier who is earning his black run courage one at a time, he couldn't get enough of Deer Valley. From the lower mountain of Bald Eagle, to Bald Mountain, over to Flagstaff, and even a couple laps on Empire he ate it up.

Despite our pillaging of powder stash after powder stash in Deer Valley's trees, an army of dad's with their nine year old son's couldn't have gotten it all. But we tried, and along the way we both fell in love with Deer Valley once again.

The Winter that Keeps on Giving

Don't Hang up the Boards Yet

You have a few days left.....Hurry