With 4 warm days since our last powder event my friend and budding ski writer Tim Cartwright came into town from Seattle where he's been living for the past 5 years. Before moving to Seattle, Tim lived at the base of The Canyons Resort in Park City. Despite his proximity to The Canyons he split time between there and Snowbird, his "home" resort. So it was upon his return to Park City that the challenge of finding some left over powder fell upon my shoulders.

With well over 500 days of skiing at The Canyons over the past 10 years and 3700 acres of terrain, odds were in our favor that I could find us some untracked powder there. So after a morning of skiing at Park City Mountain Resort with a friend, I picked Tim up at the parking lot and we headed over to The Canyons just 10 minutes away for an afternoon of powder hunting.

Heading up the Cabriolet from the lower parking lot we rode over Tim's former condo. It was like coming home...all we needed now was some Utah powder. To find some we'd have to stick to north facing slopes, particularly those with trees of the evergreen variety. Not knowing if the heat wave had spared the lower mountain slopes we headed to Diablo off of the Golden Eagle lift.

Silverado Bowl, directly below the Golden Eagle double, is as filled in as it's ever been since the 96-97 season when Golden Eagle was the lone lift that gave you access to the then upper reaches of Wolf Mountain. Since then Golden Eagle has become the red headed step child of The Canyons Resort lift system which has expanded to 13 chair lifts and a Gondola. I like to think of Golden Eagle as Lucky 13.

Diablo is a steep and relatively short run off of Lookout Ridge. What you give up in vertical by skiing all the way down Lookout Ridge to this last run on the left you gain in pitch. Tim launched a small air off the top lip and was gone. One turn into Diablo on the skiers right I knew we had made the right choice. I was surprised by a large amount of untracked dry snow, a settled amount of 4-5 inches. As we sliced through the untracked left by locals who have definitely become lazy this year I did the math of how long it had been since the last snow storm. Monday, Tuesday, Wed....and here we were on the 5th day in the afternoon finding untracked. 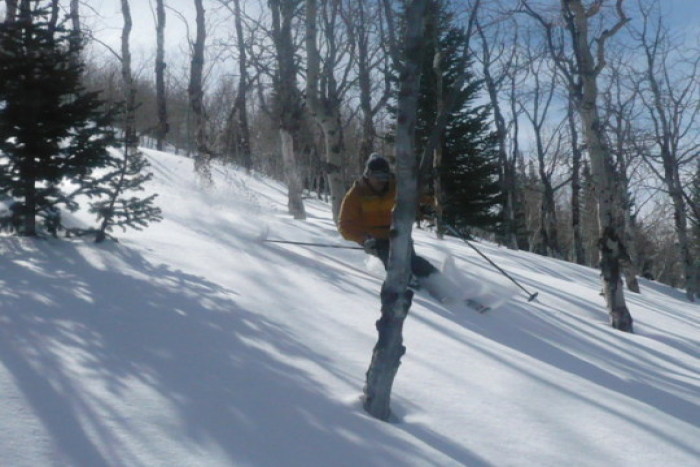 Next lap we hit the trees skiers right of Badlands which is also off of Lookout Ridge. I described this stash in my last post about Top Runs at The Canyons. There we found multiple lines of dry untracked powder in the aspens. It was worth repeating.

For a finale we headed to Condor where I knew a spot that would likely be untouched. While riding the lift on Condor I was blown away at how well the coverage is on the South Side Chutes - which all have names nobody can remember so locals just revert to the previously named South Side Chutes 1-9. Chutes 8 and 9 are no longer named on the trail map, vintage runs from an era when plentiful low elevation snow on south facing slopes were not a challenge. 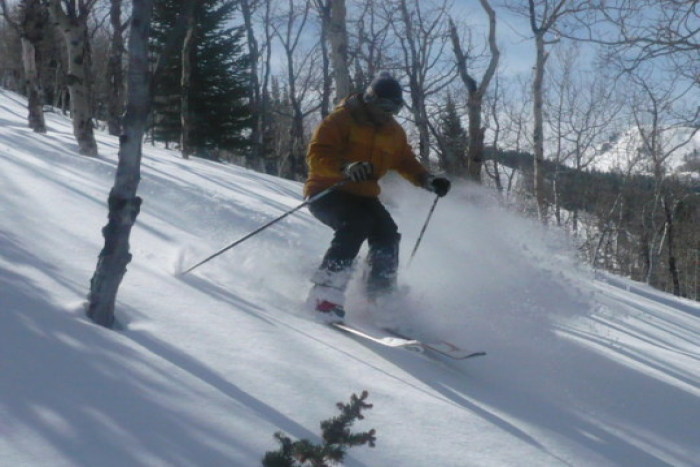 Chute 9 was as covered as I had ever seen it so for novelty sake we took temporarily abandoned our powder hunt and dropped in, enjoying some great spring slush, untracked of course. One run off of Rendezvous Ridge and it's equally as filled in south aspect and we were back into the aspens for our final two runs in between Twister and Spur - a spot that holds a couple of open glades requiring a determined skier to get to. Once there, our reward was a dozen or more turns of untracked powder.

It's nice to know I've still "got it" after being gone from The Canyons for a few years. 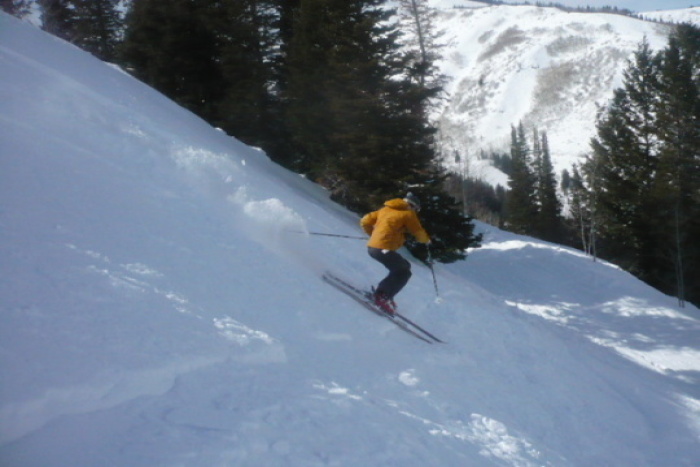 The Trip of a Lifetime