Shooting Like a Pro: Tips from Professional Snowsport photographers

There was a time when pictures of your visit to the mountains circulated amongst very few people. It required developing a roll of film and placing the stills in an envelope or photo album to be viewed sparingly. Back then, it was acceptable to have an entire vacation summarized in a group photo in the lodge with (hopefully) everyone’s eyes open. Camcorders and darkrooms have been replaced with cell phones. Photo albums and envelopes have given way to social media. The game has changed.

To help you elevate your photos, I reached out to three legends with lenses. While you might not know them by name, you’ve doubtlessly seen their work as the three shoot for some major players in the snow world. Here are the tips Adam Clark, Jordan Curet and Jay Dash helped me cultivate.

There are a lot of moving parts in the morning just to get turns in. Taking photos is going to add an extra layer so give yourself an extra beat. Slowing down and being aware of the process can save you time in the long run and produce a better photo.

The zen master Adam says, “On shoot days I think to myself, ‘I’m shooting today,’ and make myself take that extra beat. The slower I go, the better it’ll turn out”.

On a large scale, think ahead to what time you’d like to leave for the resort, which side of the mountain gets light at which times, what color your subjects are wearing, etc. In the moment of getting stills, make a clear plan with your subject.

Jordan Curet suggests talking things out to make sure, “…you understand where they will be skiing/riding and they understand where you’ll be.” It’s also a chance to specify what you’re looking for in this specific frame. Are you looking for a wide arcing turn at the edge of the groomer or an epic entrance into the white room? The clearer you can be on your vision, the higher your chances are of executing. To help indicate where you’d like to capture the moment Curet suggests tossing a snowball. It’ll clarify the location without compromising powder. 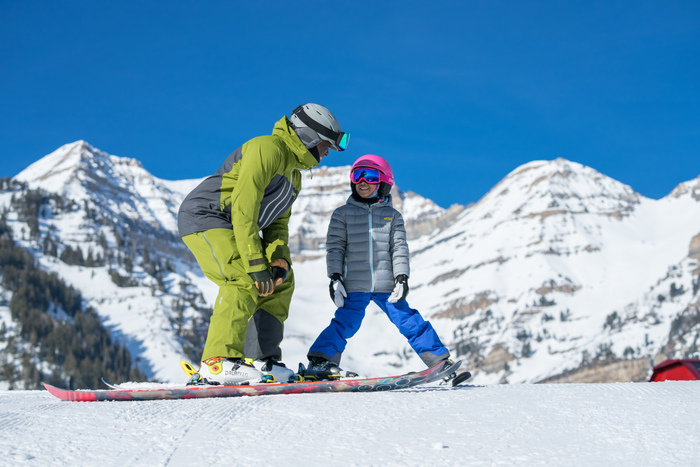 The lighting around sunrise and sunset offers beautiful colors. Beyond the colors, your willingness to shoot early or stay later can cut down on people you’re attempting to shoot around. 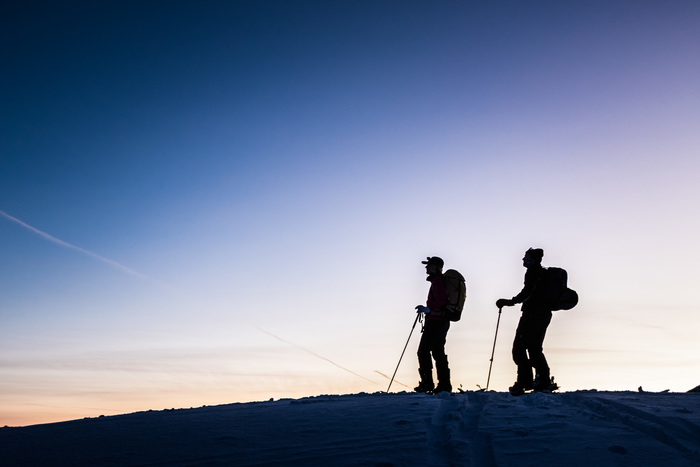 Try avoiding shooting with your camera straight on. By simply chaining the angle, you can change the energy of a photo completely. Consider coming down to ground level and using the fresh corduroy as a foreground while shooting up at your subject. Give a bird's eye view, shooting down on your subject from the chair lift. Take a look at your surroundings and add them to the story. The use of trees, park features or even lift towers can give a photo more depth and feel. 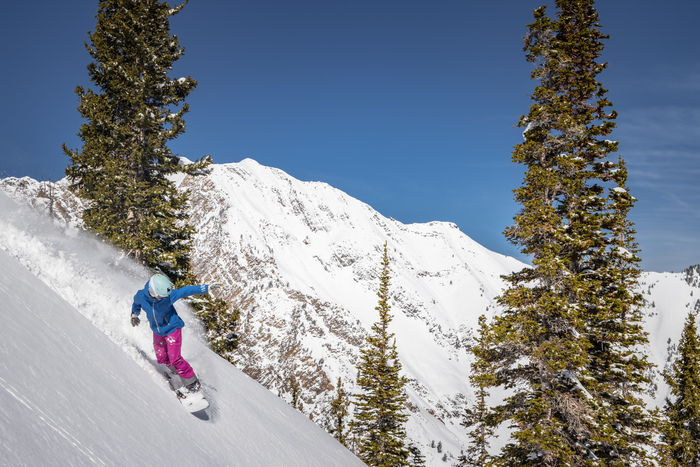 As unique as the individual being photographed will be the landscape they’re surrounded by. Find ways of making their stories intertwine.

“I’d ask locals on the way up where the best views are,” Jay Dash suggests. Once you’ve found the spot, it still doesn’t need to be overthought. Yes, an epic euro carve above the red rock at Brain Head sounds profile picture worthy, but so can be a portrait.

To get more from the background, Dash further instructs, “shoot wide and get close to the subject.” 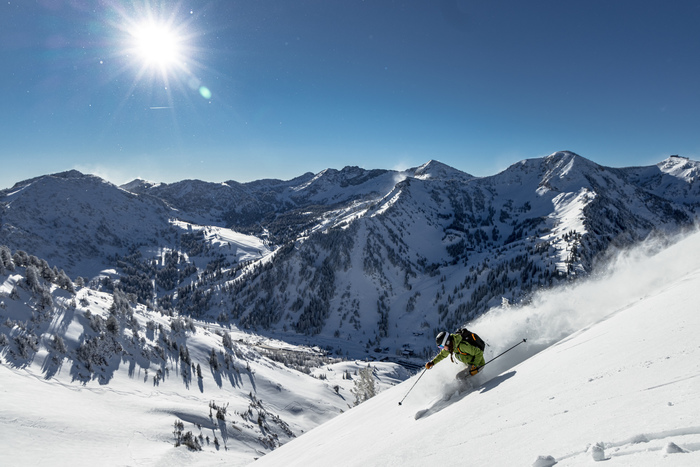 At some point, “shutter speed” or “burst” should get mentioned. The higher your shutter speed, the better the action shot can be frozen. There is another way. Most phones are able to shoot video at 60 frames per second. Another way of thinking of this is; a second of video, at 60fps, is the equivalent of 60 pictures in one second. If a skier's turn takes two seconds, you would have 120 frames to choose from. From the videos you take, try taking a screengrab of the best moments in the video for an easy action photo! “If this picture doesn’t need to be printed, it doesn’t have to be perfect. You can just film and screengrab” Dash concludes. Alternatively, try using the burst mode function on your phone. For iPhone 10 and older, just hold down on the shutter button you'd normally just press to take a photo to quickly capture the action. For iPhone 11 and newer, press the shutter button while sliding to the left. You will see numbers start counting up, that is how many pictures you are taking. Typically, burst mode shoots about 10 fps.

At the end of the day, what’s most important is capturing the memories from your trip. You’re trying to remember the moments in your life that make it worth living, not end up on the cover of Life. Being light-hearted will allow your subjects to relax and enjoy the moment as well. The smiles between the touch of a shutter button are just as important as the ones captured. 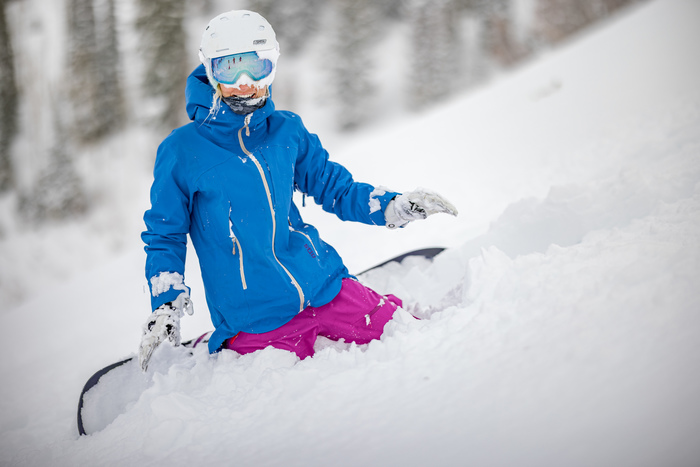 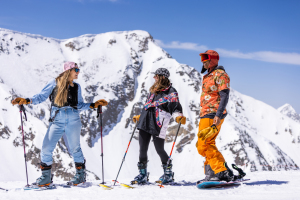 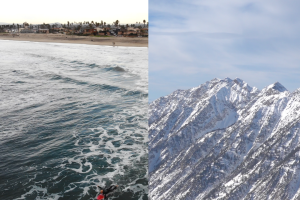 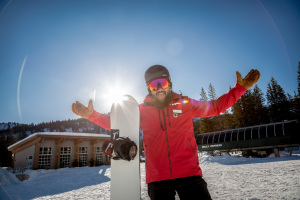 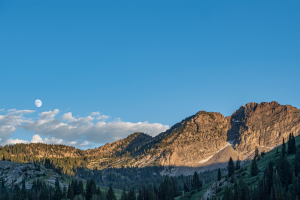 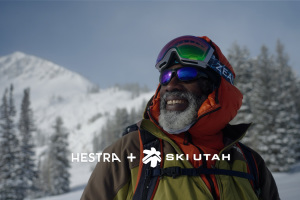 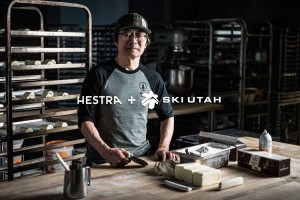 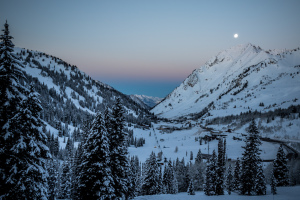