I know, I know. Nobody cares that I tele. Except, of course, when it gives people a chance to mock my outdated gear and the snow crammed in my goggles after I eggbeater down the slope. Telemark skiing—also known as freeheel skiing or that thing you see strange hippies doing in the woods where they drop a knee towards the ski while making a turn—is a vestige of skiing history, born in the mountains of Norway, that persists to this day for one simple reason: it’s awfully fun.

Misconceptions about telemark skiing abound, so let’s get one thing straight, the telemark turn is a downhill technique. I don’t want to hear any shenanigans about how the sport’s dead because alpine touring (AT) gear has gotten so light and efficient in the backcountry. Telemark skiing is for backcountry powder, bump lines under the chairlift, the terrain park and everywhere in between. If you think telemark’s dead because we’re all weirdos on gear that makes skiing objectively more difficult than it needs to be, that’s fine. But if you keep an open mind and give the turn a try, you may just unlock a little new magic on the mountain. The snow’s always deeper when you telemark.

Back to the Beginning 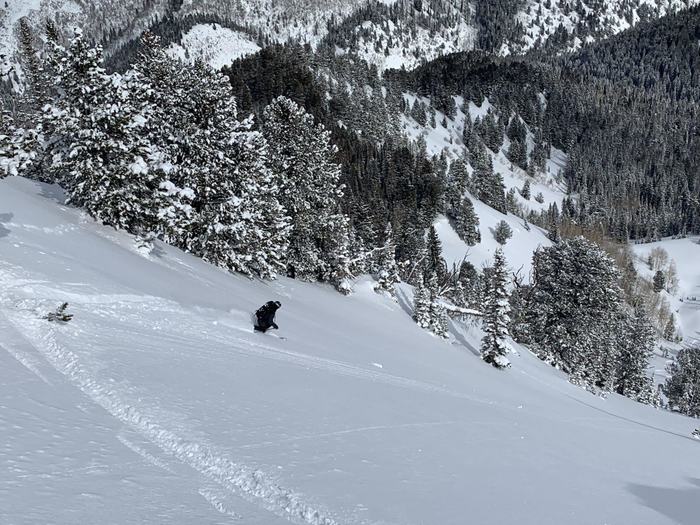 Let’s begin with a brief trip to 1800s Scandanavia where telemark skiing and *checks notes* all modern skiing was born. In a little town called Morgedal, nestled in Norway’s Telemark region, a man named Sondre Norheim (born 1825), transformed skiing from transportation into sport. Skis at the time were long, unwieldy things with freeheel bindings to allow for cross-country travel. Norheim created the drop knee telemark turn to control the skis while going downhill.

He also innovated skis with shorter lengths and curved sides (sound familiar?) to make turning easier and was largely responsible for the Norwegian words “ski” and “slalom” familiar to the wider world. Morgedal is now known as “The Cradle of Skiing.” Norheim was a legend, and skiing in all its myriad forms wouldn’t be what it is today without him.

How Telemark Got Here 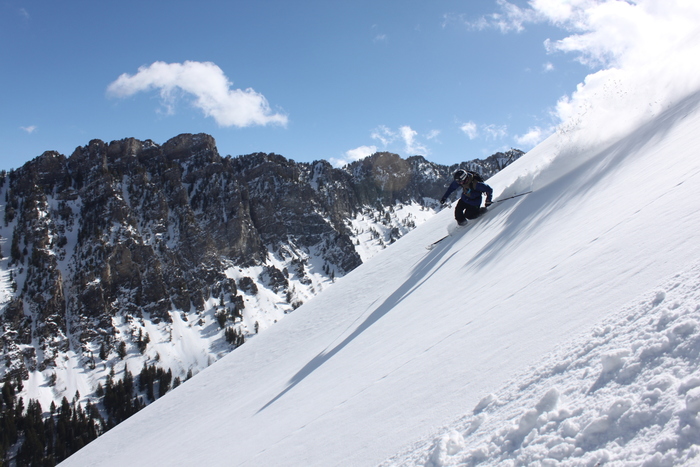 We’re a long way from the snowy hills of 19th century Norway, and telemark skiing looks quite different than it did a century and a half ago. Here in Utah, the sport gained wider traction in the late 1970s and early 1980s. Pockets of skiers in places like Crested Butte and New England were using metal edge Nordic skis to explore the backcountry. AT gear was largely nonexistent and mostly trash at the time, so telemark was a natural choice for people looking to ski beyond the resort boundaries here in the Wasatch.

This is where the image of telemark skiing as an uphill or purely backcountry endeavor originated, from leather-boot-clad shredders exploring the backcountry on telemark gear. Things began to change in the late 1980s with the introduction of the Merrell Super Comp, the first plastic cuff boot which provided enhanced ski control. Another huge step came in 1992 with the Scarpa Terminator, the first all plastic telemark boot and the Riva 1 binding, the first setup resembling modern telemark gear. This is where the huge transition took place, and you began to see scores of “mountain people” from ski patrollers to lift operators to scruffy local ski bums on telemark gear.

Telemark skiing gradually distanced from its backcountry association back to its 1860s roots as a downhill technique where the uphill and cross-country functionality was merely a side benefit. The sport reached its commercial peak in the mid-aughts when mainstream ski brands like Rossignol and K2 sold telemark-specific products and entire brands were devoted to the sport. 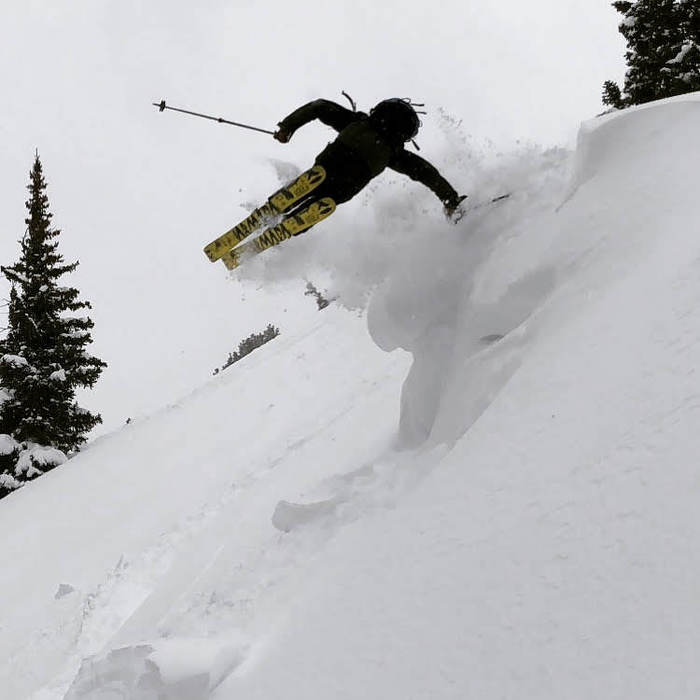 Modern gear—the New Telemark Norm (NTN) had reached the mainstream—has requisite conveniences like releasability, step in functionality and free-pivot touring capability just like alpine gear. No, it isn’t as light and efficient. But telemark skiing isn’t about Strava competition or FKT efforts. It’s about having fun, exploring the mountains and getting face shots in deep pow, which is arguably what all skiing should be about. Stop taking skiing so seriously, people. Seriously.

How You Can Try It

The spiritual home of modern telemark skiing resides right here in Salt Lake City at Freeheel Life. It’s pretty much the only telemark-specific shop around these days, and it’s an incredibly useful place for telemark skiers from first timers to long timers. The shop was opened in 2014 by Josh Madsen, a telemark devotee who steadfastly believes in pushing the sport forward and “protecting the turn,” as he says. It’s his knuckles bearing the “telemark” tattoo in the photo below.

Freeheel Life has become the number one dealer for Scarpa and 22 Designs telemark gear (the industry leaders) in the world. In addition to a huge inventory of new gear, the shop has a robust consignment section of used boots, bindings, skis and apparel, along with more than 400 binding and boot parts for gear dating back to the 80s to keep legacy telemark gear functioning on the hill. They even produce telemark-specific skis right here in Utah. Simply put, it’s the place for all things telemark.

Because Freeheel Life’s mission is to get people out on telemark gear, they offer an affordable rental program. For less than $50 per day, you can rent a full tele setup. Stop in to chat telemark with a staff of devoted freeheel skiers, give it a try yourself, and if you’re hooked pick up an affordable used setup all in one place. 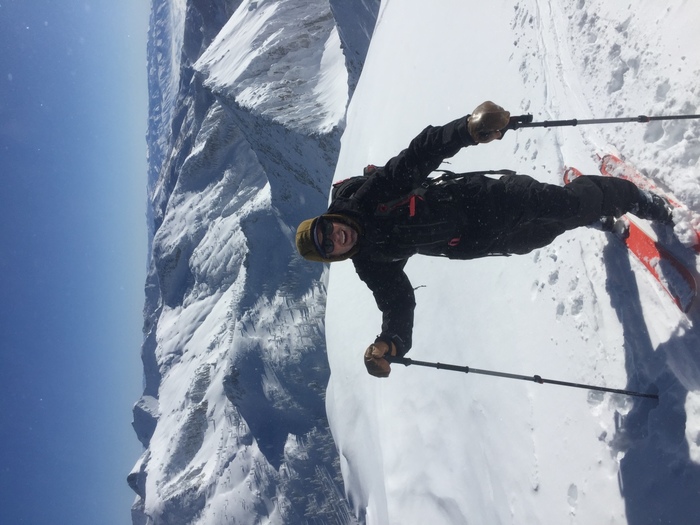 Like I said, telemark ain’t dead. Yes, I’m biased—I used to be the editor of Telemark Skier magazine and have the internet persona Tele Tony, after all. I know plenty of telemark diehards, but just as many dabblers who’ve pieced together a telemark setup to have something else fun to do on the mountain. You don’t have to go full tele-lunatic like me to be a telemark skier. Just give it a try and you might be surprised at how much fun you have. And always remember, anybody who tells you you’re doing skiing wrong is definitely doing it wrong themselves.

Do you have extremely strong telemark opinions you’d like to air in public or specifically towards the author? Let us know in the comments below. 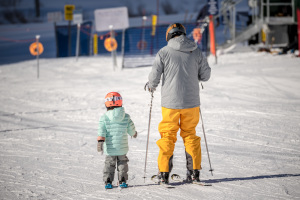 Taking Your Kids Skiing for the First Time 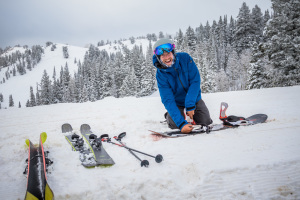 Get Your Gear Ready For Ski Season 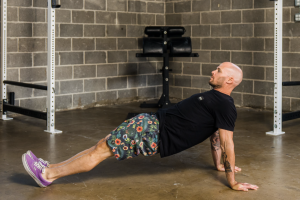 Build Up Your Hamstrings!! 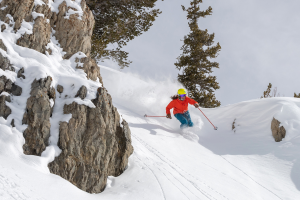 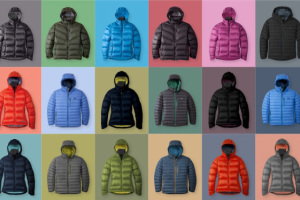 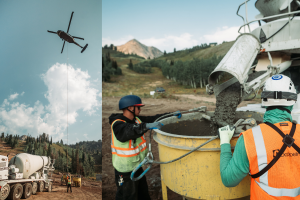