“The force is strong” in Utah when it comes to mountain biking, and a new hero—or ‘hero dirt’—arrives this summer, but transforming a world-class ski resort into a mountain biking destination isn’t easy. Despite that, Dirt Mountain at Powder Mountain might just be the Optimus Prime—the towering Autobot of the Transformers franchise that sentiently and seamlessly transforms from one biological and engineering marvel to another—of Utah mountain biking.

In winter, Powder Mountain (aka PowMow), with over 8,000 acres, is one of North America’s largest ski resorts. However, this gentle giant is also one of the most intimate, limiting daily lift tickets to 1,500 per day. Patrons are spread over this immense terrain by fewer than a dozen lifts and snowcats, allowing even the somewhat adventurous to find long, fresh laps all day. 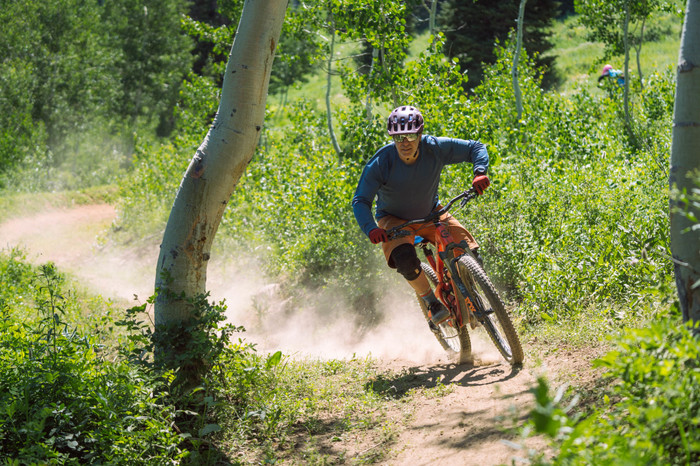 Powder Mountain has transformed and introduced itself as Dirt Mountain for Utah’s world-renown mountain bike season. Unlike most lift-served venues, Dirt Mountain maximizes shred time by starting its riders AT THE TOP of the trails at its panoramic Hidden Lake Lodge. Here, they can check-in, grab their bikes, pads and helmets (or rent cult-favorite Commencal Clash enduros and other premium gear), and immediately start their laps on 10+ miles of downhill-only trails on Wasatch ‘brown pow’ over 1,268’ of vertical drop. 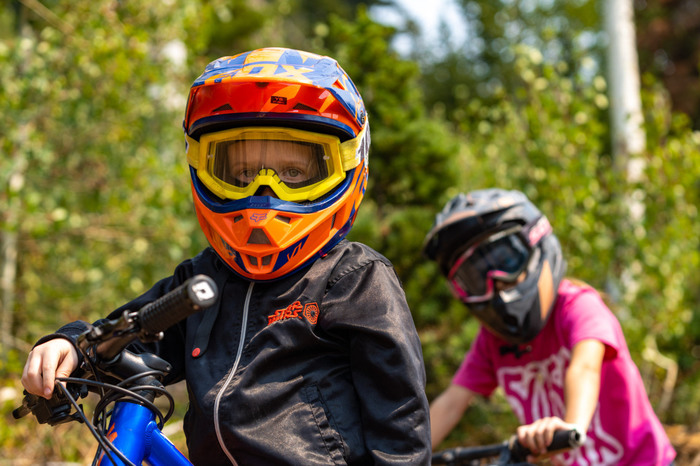 Tip: For the best selection and availability, reserve mountain bikes and gear in advance online. Adult bikes are stocked in sizes S-XL, and a selection of premium youth mountain bikes with full suspension and dropper posts in smaller wheel sizes are available.

Transforming While Retaining its Soul

As part of a five-year plan, Dirt Mountain will open over a dozen engineered downhill mountain bike trails ranging from beginner, intermediate and advanced to rarely-seen expert and pro line trails. In addition, pump tracks, lessons and clinics are in the pipeline. Riders on downhill trails will be funneled to and served by the Hidden Lake lift, which will quickly transport bikers and bikes back to the top. This will transform Powder/Dirt Mountain into a year-round resort while retaining the PowMow character and culture—highly professional and highly playful—for four-season fun. 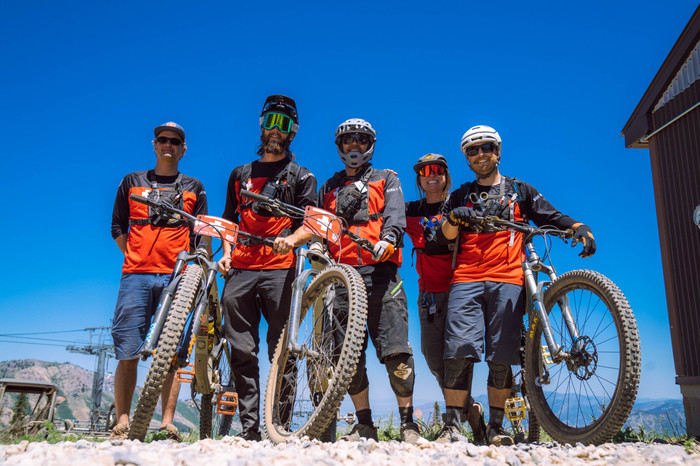 JP Goulet, Director of Base Operations for Powder/Dirt Mountain, has assembled a team that understands the unique terrain and its audience. He recruited Justin Powell, who he grew up with in nearby Huntsville, to be the Head Trail Builder. Justin cut his teeth (and probably a chin or shin) on PowMow’s ski terrain but built his career designing mountain biking trails around the world, including those at Jackson Hole Mountain Resort. Marketing Manager Ian Matteson brings not only an inordinate amount of infectious enthusiasm to Dirt Mountain but the biking chops touring the cycling world’s most-famous events with elite manufacturer Enve and others. Justin Holly manages the new Sports Shop that provides quality equipment and an on-site mechanic…just in case. The Dirt Mountain Bike Patrol, a group of 15 specialists (many who also serve on its ski patrol), are also on hand to protect and serve. In other words, Dirt Mountain is not a marketing gimmick and, like its winter alias, it’s absolutely understated. This is premium mountain biking built for mountain bikers.

Finding Fun in the Flow

In its inaugural 2022 season, it has opened three downhill trails: Falkor, Big Ern and Inspector Lee. Falkor is a beginner flow trail. Its name and design are inspired by the long, furry Luck Dragon from ‘The Neverending Story’ with an amiable dog-like face and an oversized heart full of optimism. “Never give up, and good luck will find you,” he wisely imparted to young Atreyu. Such advice should be printed in large letters at the entrance of this 3.2-mile inspired green-rated trail. 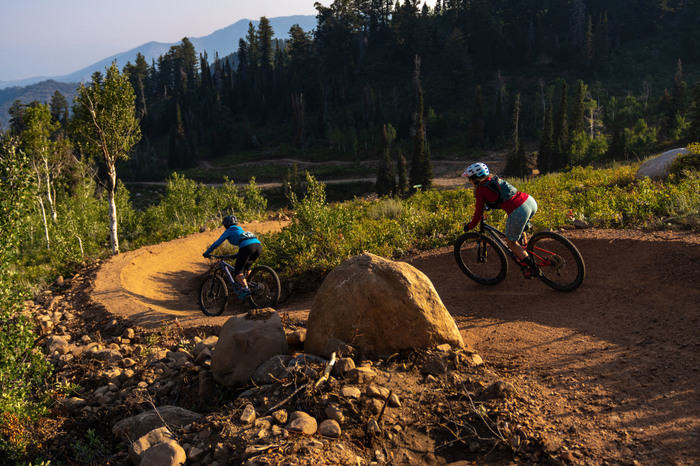 Before heading out, the first thing to know is that a ‘green’ mountain bike trail is considered ‘beginner’ but, like most lift-served resorts, presumes some mountain biking experience. If you’re new to mountain biking or the area, get a feel for the terrain on any one of Dirt Mountain’s adjacent cross-country, singletrack trails. They’re free, open daily and some of the best in the Wasatch Range. Brim Trail, a six-mile green loop near Hidden Lake Lodge, is a family favorite with panoramic views and carpets of wildflowers, particularly in early July. The Paper Airplane trail is a blue singletrack with some rocks and exposed sections leading to a big roll on the eponymous and enormous metal sculpture. Utah trails, even at resorts, are not theme parks. Don’t underestimate the risks or overestimate your abilities. As Susi Muecke, a Park City mountain bike instructor, cautioned during our preview, “Be true to yourself…ride within your ability.” You’ll have plenty of fun, and photos, on any Dirt Mountain trail.

Susi similarly reminded me on our first ride on Falkor, “Pre-ride. Re-ride. Freeride!” Bikers and bike park designers talk a lot about ‘progression.’ Dirt Mountain offers not only three trails that step up in difficulty but step up in obstacles and challenges along each trail.

Holding Tight on the Back of Falkor

Falkor begins with…a mass of Pink Lady butterflies! For several days in early July, the trails near the summit of Hidden Lake Lodge and lift are bombarded with these brush-footed beauties. Keep your goggles or glasses down and your mouth closed for the first few turns.

The buff terrain continues to the bottom of Falkor with low, gentle but well-crafted berms sweeping up and back and forth like the tail of its namesake canine-looking dragon. It would have been easy to conjure a more recognizable name (I certainly didn’t remember the 80s reference), but in true PowMow fashion, the subtle reference isn’t a shibboleth but an Easter egg rewarding those who want to delve deeper, to look above the handlebars and over the awesome expanse before them, to understand and appreciate the freeride. You’ll want to ride Falkor again and again, realizing you’ve stumbled upon a mountain biking gem tucked away in the less-populated Ogden Valley, hearing that faint whisper, “Never give up, and good luck will find you.”

Besides the curated curves and spectacular scenery, the best part of lift-served mountain biking is that you can do laps for hours and hours. Oh, you’ll expend energy keeping your mighty steed on the trail, but you won’t sacrifice time or lung capacity climbing at altitude to the top, which reaches 8,879’ above sea level.

So, for one $40 lift ticket, you can enjoy as many rides on as many trails as you can manage between 10 a.m.–5 p.m. on Fridays through Sundays. Thursdays, which may become a fan favorite, offer two sessions (10 a.m.–4 p.m. and 4 p.m.–8 p.m.). Locals and those in the know can chase the sunset and enjoy tacos and craft beers after a long day at work or a hike.

Tip: A $400 Dirt Mountain season pass gets you unlimited lift-served access. Like its ski passes, these and daily lift tickets are capped to keep crowds low and adrenaline high. Also, because Powder Mountain doesn’t rely on snow-making, it will keep the Dirt Mountain lifts spinning until the snow starts falling deep into autumn, aiming for the title “The longest mountain biking season in Utah.”

Soaking It All Up

Once you’ve conquered the more than three dozen curves on Falkor, head to Big Ern, the new blue run. We’ll have to ask Dirt Mountain bike patroller Colby Atkinson, the story behind the trail name, but its origin undoubtedly hails from the Bill Murray character in the movie 'Kingpin.’ The 90s comedy directed by the Farrelly Brothers is an over-the-top R-rated romp about a one-handed professional bowler, an Amish farm and an NSFW nemesis with a big personality and an even bigger combover. The latter is Big Ern. The name likely came from the unsuspecting and unabashed joy they discovered in the movie and this trail. As he famously said, “You’re on a gravy train with biscuit wheels.” Soak it all up! 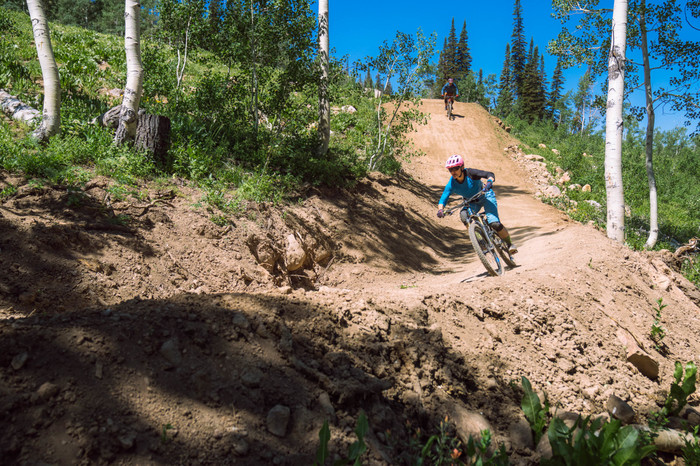 Over the same vertical drop, Big Ern is shorter in distance than Falkor and much straighter but, because of the undulating terrain, does not feel steeper. Thus, you can take your fingers off the brakes and fly! Over the din of my ticking spoke hub, my hoots, hollers, laughs and “OMGs!” could be heard by everyone as they echoed down the mountain. Between each copse of aspens and pines, Big Ern is punctuated with ‘tabletops,’ flat or stepped-up mounds, that grow increasingly taller and wider as you move down the mountain. Despite my initial concerns (when I could no longer see above or beyond them), these true-blue trail park features are designed to be “rolled over” or, for the more experienced, jumped. The terrain continues to meander down the center of this Intermountain canyon for more than a mile before reaching Hidden Lake, an alpine tarn that is only visible during these summer months. (Yes, ski friends, that’s where the name comes from.) 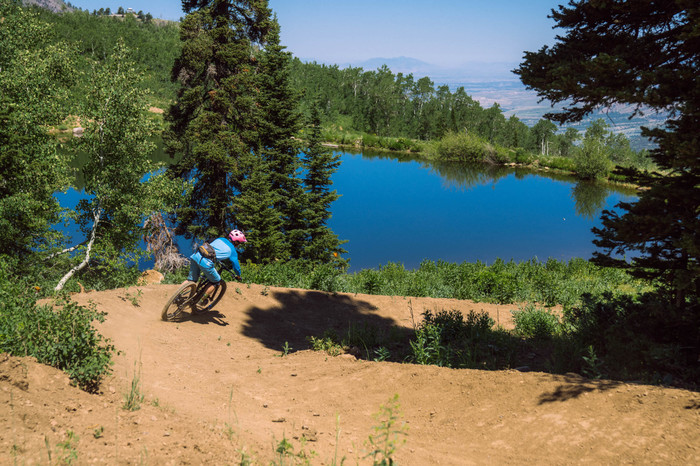 Tip: Dirt Mountain has conveniently placed an access road here for families, friends or groups to pull aside safely for a break and take scenic lakeside photos and impressive action videos.

Inspector Lee is the black downhill trail opening this first season. Based on Jackie Chan’s iconic character in the Rush Hour movie franchise, it’s a safe bet that practiced moves will be required to vanquish this advanced, black diamond trail. In any case, leave time at the end for food, drink, celebration and bragging.

As an après aficionado, let’s talk tacos: Al Pastor Birria Beef, Chile Garlic Chicken and even Beyond Beef Veggie, Fried Avocado…. (Apologies for using idioms from three different languages, but that’s how exciting the food is!) Prepared on-site at the modest Hidden Lake Lodge with as much attention and care as the crafted trails below, these tacos are a must-try. The hardest part is deciding which one. So, find a friend and get them all! These “eats” can stand up to the area’s best.

Lodging Deals That Can’t Be Beat

When you’re finished, Dirt Mountain has a variety of nearby lodging options (and package deals, including FREE Dirt Mountain lift tickets). From cabins to condos to luxury homes, you’ll get a great night’s sleep in order to hit it hard again the next day.

As Optimus Prime would say, “Bring it on, Decepticons!” This transformation is one to behold. Visit Dirt Mountain today. 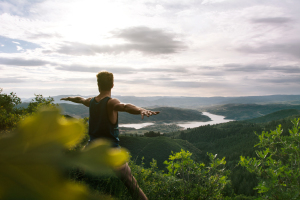 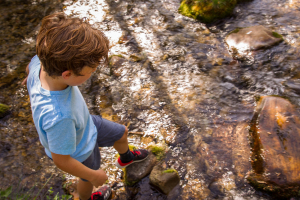 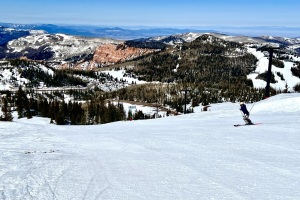 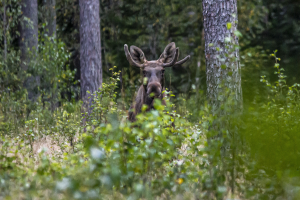 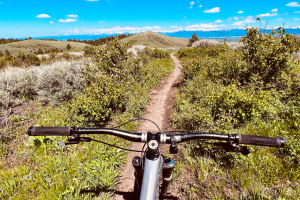 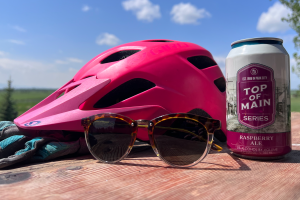 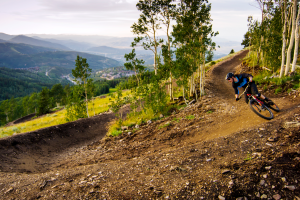