One day we're out making turns on soft spring snow with a few hundred of our best friends, and the next we're hunkered down in our homes doing our best to responsibly help prevent the spread of COVID-19 in our communities. Sorry, that got dark fast. The abrupt way in which the rug was pulled out from under the ski season has my head spinning and left me with a profound longing for some spring skiing and good vibes. Lifts throughout the state are on pause, and cabin fever is starting to set in.

Thankfully, the vast expanses of the internet hold a trove of ski and snowboard content to help keep our stoke high during long hours of social distancing. In between not going to the resort and not taking this opportunity to finally learn Spanish, I've taken the liberty of sourcing some of the finest ski videos fit to stream in an attempt to stay sane and help you do the same. If I've missed anything particularly radtacular, feel free to let your fellow housebound skiers and snowboarders know in the comments below.

For decades, the venerable feature-length ski film was the backbone of ski media. We waited in line for movie premieres and wore out our VHS copies in our basements. Remember the good times during this rough time. These ski films are free to stream or are included in a subscription service you probably already have. 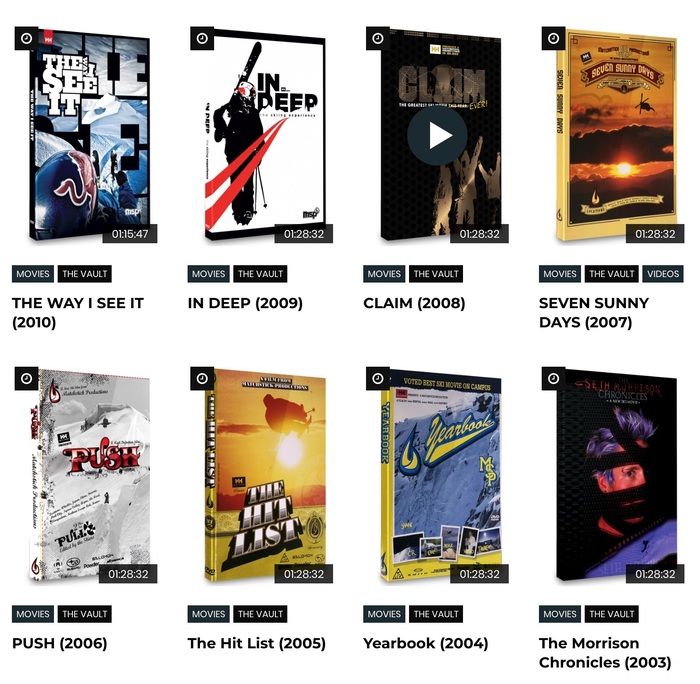 Matchstick Productions Vault: Visit the MSP website and sign up for free to unlock the Vault. The Vault gives you access to much of the MSP archives, including personal favorites like 2011's Attack of La Niña and 2006's Push. MSP's newest films are also available for rent or purchase on multiple streaming services.

Red Bull TV's potpourri of acclaimed ski films: Red Bull TV has rounded up 23 of the best ski films and made them available to stream for free on their website. Highlights include Teton Gravity Research's Rogue Elements, Faction's The Collective and Sherpas Cinema's Into the Mind. You can also stream TGR's newest film, Winterland, on Red Bull TV.

Warren Miller on Amazon Prime: Assuming you long ago succumbed to the convenient lure of an Amazon Prime subscription, you can stream most of Warren Miller's iconic films straight from what I can only assume is the personal server of Jeff Bezos. Special mention should be given to some of the classic deep cuts like 1985's Steep and Deep, in which Utah powder makes numerous notable appearances.

High-quality camera equipment is far more attainable than it used to be and there's a whole lot of talent out there, both in front of and behind the lens. Content creation has become democratized and we're better off for it. Here's some free, top-quality skiing content available to stream on YouTube.

The Fifty Project: Cody Townsend set out to become the first person to ski all the lines in the book 50 Classic Ski Descents of North America. It's an awesome challenge he's undertaken with awesomer people, and he breaks down each line into a 10-15 minute episode that's equal parts inspiring, humbling and funny. Townsend is about halfway in, and several episodes are devoted to local classics right here in Utah.

Dream Job: Katie Burrell produced what is quite possibly the best ski content of the year, replete with her signature incisive commentary, with Dream Job. She's hilarious. The women in the film absolutely rip. If you ever wore sunglasses over your toque, you might cringe at yourself a bit. It's more than worth 15 minutes of your time.

Born in Chamonix: Tof Henry is a complete psychopath, and I mean that most complimentary sense of the term. Born in Chamonix, he shreds seriously steep mountaineering lines around the famed French mecca with a heretofore unseen fast, aggressive big-mountain style. It'll definitely get your heart rate up.

Sometimes you just need to feel all the feels.

Lindsey Vonn the Final Season on HBO: Lindsey Vonn is a legend. Full stop. The HBO documentary series—free with your subscription—follows her final season as a World Cup racer. It has ups, downs, intimate moments, attentive dog parenting and inspiration in equal measure. Bring a tissue or two along.

There's no skiing right now. There also aren't any sports on television. If those two things have combined to make you particularly sad, this web series is for you.

Face Value with Paddy Graham: The Face Value series follows pro skier and surprisingly good host, Paddy Graham, taking you around the world with the Freeride World Tour with behind the scenes access to athletes and locations. Hear athletes discuss the intricacies of training, traveling and competing. Check out the venues in depth. Watch some incredible skiing, both in and out of competition. It's a great series that gives an insider's view of the best big mountain skiers on the planet doing what they do best.

You may as well better yourself a little bit with all this free time. Especially if it can impact your skiing in the future.

Utah Avalanche Center's Know Before You Go: The UAC's KBYG program offering is a free online course for anyone who signs up and wants to learn about the basics of backcountry skiing. If you've ever wanted to get started exploring the backcountry, this is a fantastic introduction and place to start. Did I mention it's free? The UAC does awesome things for the community, and this is a great way for skiers and snowboarders to get involved.

These videos are just flat out enjoyable ski content. Trust me when I say you won't have a bad time watching any of it.

The Burrrlapz: Just a YouTube series featuring a bunch of talented Canadians like Dylan Siggers not taking themselves too seriously while skiing Canadian powder in Canada with typically awesome soundtracks. I approve.

The Resurrection: After five years away from skiing, Simon Dumont is back! This brief edit alongside Tom Wallisch filmed at Park City Mountain this spring is fire, especially if, like me, you have a soft spot for 2009 ski culture and Dumont's cork 9 blunts. 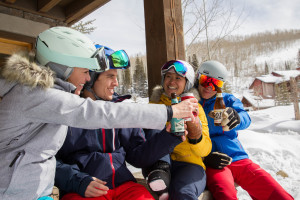 5 Unique Spots to Get a Drink in Utah Mountains 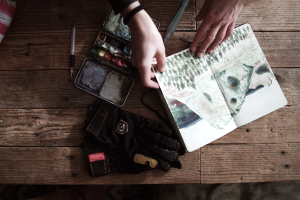