Contrary to the rhetoric you hear from World Cup podium contenders and grizzled backcountry guides, most people don’t actually get on skis before they can walk. It’s a basic consequence of the human development timeline. With my first winter as a parent approaching, I realized there was a substantial period of time still to elapse between having a child and projecting all my unachieved ambitions onto her unsuspecting psyche while teaching her to pizza. My wife and I historically spent the better part of our quality time on the hill together. With a new and nearly helpless human in tow, we knew that getting our fill of powder and maintaining our sanity would require us to build a skiing/parenting tag team that worked together even more effectively than Bushwhackers or the Hardy Boyz.

Sure, we can save spring for the occasional babysitter so we can spend a day making turns together, but doing so every time we want to ski would have us straight-lining towards bankruptcy. And even though the little one can’t click into her own skis yet, we’re full believers in the merits of starting ‘em young and building a lifestyle where she can’t remember a time before skiing. Here are a few tried and true tips for tag-team parenting and skiing.

No surprise here, but doing anything with a child takes longer, and that includes getting to the hill. The old mantra, “goggles, gloves, helmet, skis, boots, poles” no longer cuts it. In addition to those standards, you’re going to need diapers, wipes, bottles, formula, books, toys, extra clothes and more. Packing everything, gearing up and lugging it from the parking lot is no easy task, and you’re going to want to get to the lodge early to secure a primo spot.

Choosing the right lodge is like choosing real estate: it’s all about location, location, location. Numerous factors impact your decision, including ease of access from parking and proximity to a chairlift with terrain you want to ski. We live in Park City, so we tend to choose mid-mountain lodges that provide easier access to steeper terrain and colder snow.

At Park City Mountain, you can’t drive to the on-mountain lodges, so we start at Canyons Village and take the Red Pine Gondola to Red Pine Lodge. If you already have a lift pass, you can take an infant with you on the Red Pine Gondola for free provided you sign a liability waiver and pick up a complimentary pass for them. At the top of the gondola, Red Pine Lodge offers plenty of seating with great views of the slopes and Park City Mountain’s High Meadow Park.

In the Cottonwoods, the base lodges are very suitable. At Alta Ski Area, for example, it’s easy to hunker down at Alta's Goldminer's Daughter Lodge and tick off laps on Wildcat, or alternate taking tram laps and hanging on the deck at Snowbird. 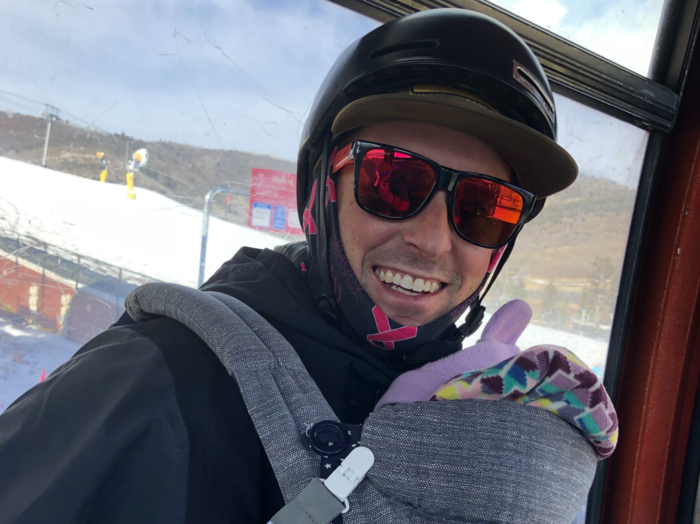 Efficiency is the name of the game. Once both parenting parties have helped establish a base camp, I recommend numerous quick-hitting shifts, rather than a couple hour-plus stints of parenting duty. When you’re out skiing, 45 minutes pass in the blink of an eye. In the lodge, the second hand can seem awfully lazy.

A well-meaning onlooker once asked me which part was more fun, the skiing or hanging in the lodge with a giggling infant. I smiled and deflected, but the answer is skiing. By a lot. Don’t get me wrong, hanging with my daughter is awesome, but when you’re trying to appease an irrational being who wildly vacillates between smiles and tears while reading Peek-A-Boo Forest for the 835th time this week, even refrozen boilerplate starts to sound pretty appealing.

Wherever you ski, plan on two or three lift laps and tagging out. Skiing from Park City’s Red Pine Lodge for example, we’ll typically cruise down Chicane, hop on Tombstone Express, ski some bumps down to Ninety Nine 90 Express, sidestep out to Red Pine Chutes, ski some powder and hit Red Pine Road right back to the lodge. That’s few enough steps to semi-coherently pack into once sentence, but after completing them whoever is in the lodge is probably ready for a break.

Set Expectations and Be Flexible

You’re unlikely to have the most epic ski day of your entire life while trying to juggle parenting and shredding, so set some realistic expectations and don’t be afraid to pull the plug. Even though you might not get a leg-roasting, bell-to-bell day of runs, you’ll feel like you got away with one sneaking in a few laps while hanging with your kiddo. And I guarantee you’ll be tired at the end of the day.

If things aren’t going as planned—whether that means your child is endlessly going full Chernobyl in the lodge or you or your partner just aren’t feeling it—it’s okay to pack it in and try again tomorrow. You want every member of the family to enjoy skiing together, so don’t force it if it’s not working.

Don’t Forget to Après Whenever Possible

I’ve repeatedly stressed the importance of après skiing in life, so it’s crucial to expose your child to this vital part of the mountain lifestyle as early as possible. Plus, it’s time to celebrate. After spending half a day in a ski lodge with a restless infant, each of you deserves a drink. 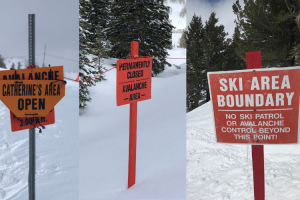 Resorts, Backcountry and the Rope Lines Between 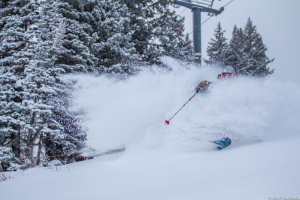 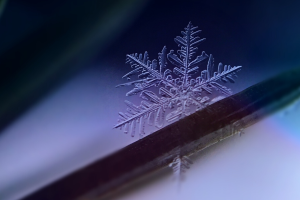