Look, I understand the reasons to get to the mountain early: shorter lift lines, better snow, less crowds. But unless it’s a powder day, you’ll find me wandering to the mountain at about 10 a.m., aptly caffeinated and with a full belly. And I take the caffeinated/satiated part very seriously.

I’m a huge breakfast fan. I grew up in New England, where bacon, egg and cheese sandwiches and black coffee reigned supreme but moved to Colorado where I discovered the magic of spicy breakfast burritos and cappuccinos. Now, living in Utah, there’s a little bit of everything, but one thing remains the same about a pre-skiing breakfast: It has to be easy to eat on the go. So for this article, I focused on grab-and-go food—something I can shove in my mouth while booting up in the parking lot or walking to the lift.

Below is a list of 13 on-the-go breakfast and coffee spots in Park City, Salt Lake City and Ogden Valley that will kick off your ski day right. 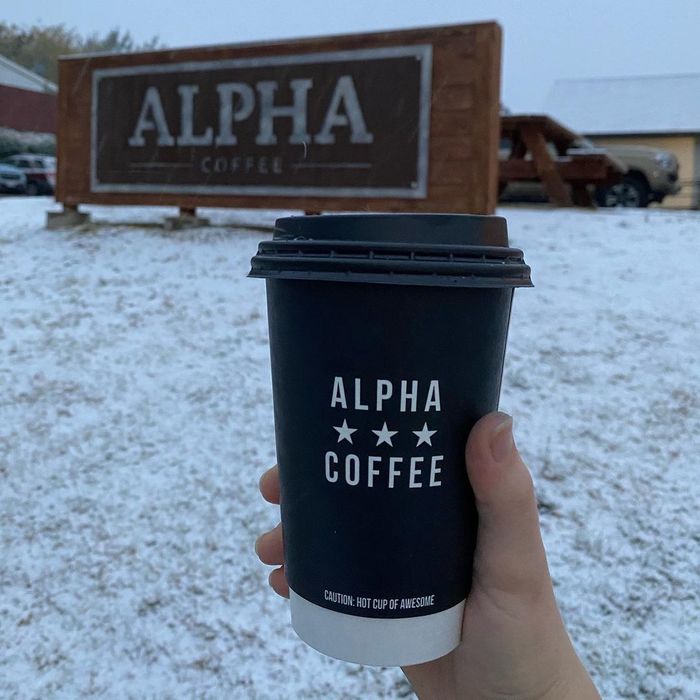 Heading toward the Cottonwoods? The only place to stop is Alpha Coffee, which makes the best cup of coffee at the base of the canyons. I tend to go for a simple hot drip coffee, but their Quadzilla (black coffee and a quad shot of espresso) sounds like a wild way to start your day. Owned by a veteran, Alpha Coffee also started a “Coffee for Troops” program and ships their coffee to the military. My husband was a Marine and he can attest to the importance of delicious American coffee while you’re deployed overseas.

In the grocery store that was once known as ‘Dan’s’ in Park City and is still called that by locals, there hides a little cafeteria counter at the front of the store that serves authentic Mexican food during the day. But the best kept secret of the place: their sausage, egg and cheese sandwich on an English muffin served all morning. As mentioned above, we former New Englanders pride ourselves on these esteemed sandwiches, and this sando holds up to the egg sandwiches of my youth. The best part? It’s insanely cheap. The last time I was there, my total was $2.99. 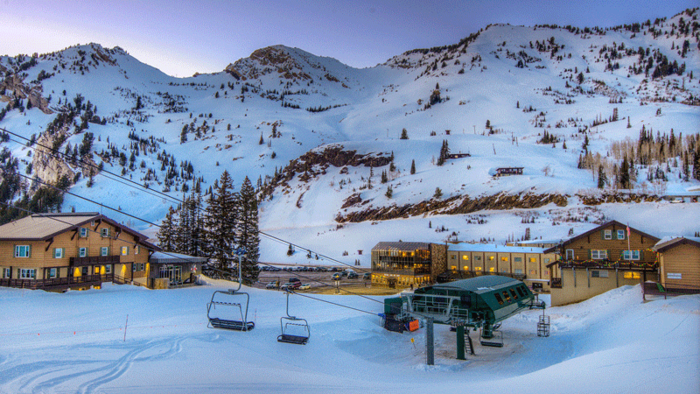 The rat race up Little Cottonwood Canyon is real, and for those days when you have to leave Sugarhouse at 5:30 a.m. to get a parking spot before the canyon closes, Alta Ski Area's Goldminer's Daughter Lodge serves up an excellent breakfast burrito and provides a great way to pass the time until the lifts open.

Pastries more your jam for breakfast? Then stop by Millcreek’s Beaumont Bakery, right off I-215 on your way to the Cottonwoods. The décor is perfectly on-trend and their pastries are to die for. Highly recommend their kouign-amann (which translated from French is literally "cake-butter") or cruffins (a croissant/muffin combination) to really dial in your sugar high for hitting the slopes. 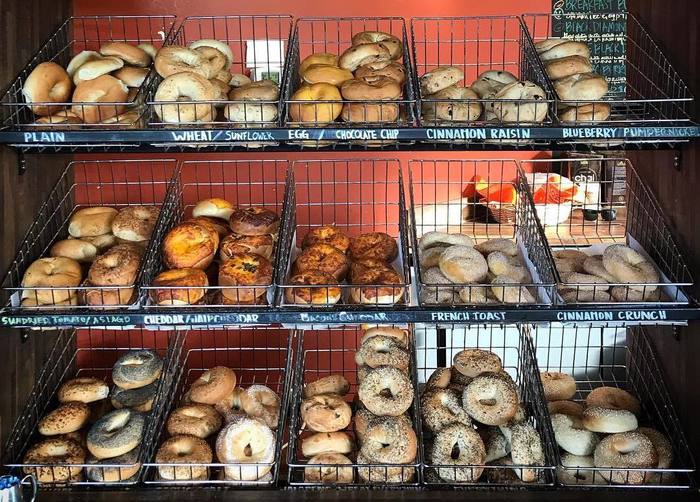 Right by Woodward Park City in the Pinebrook neighborhood of Park City is a tiny little bagel shop called Park City Bread & Bagel. And while their bagel sandwiches are enjoyable (my husband always orders the Triple Black Diamond—bacon, sausage, ham, egg and cheese—on a jalapeno bagel), I’m partial to their Chorizo Burrito. It’s about the size of your arm and will keep you full until après.

Great coffee can be hard to find in Utah, but Publik makes one of the best cups in the state. So, when you’re feeling a little bougie, head over to one of Publik’s locations (the most convenient one off the highway is their downtown location, but is currently closed due to COVID—keep an eye out to see when they re-open!) for a cappuccino and an avocado toast. Because I’m a millennial.

Alta Java is a local’s favorite that serves up delicious food and coffee to the skiing masses at the base of Alta. The ski-up window is owned by Susie Howard, whose husband is a ski patroller at the mountain and two sons are pro skiers. The Susie’s Special is the go-to here—a chai latte with two shots of espresso—and it’s hard to go wrong with a waffle with Nutella and strawberries while you’re standing in line waiting for the lift to start spinning.

En route to the Ogden Valley? Make a quick pit stop at Pats Food Shack—an old school shack in Eden that delivers some of the best (and cheap!) breakfast food in the area. Give the Monte Cristo a shot—it’s smoked ham and melted Swiss cheese between two thick slices of French toast. It’s the best of the savory and sweet world and makes for a great to-go sandwich (they have a drive-thru window!) on your way to Powder Mountain, Snowbasin Resort or Nordic Valley. 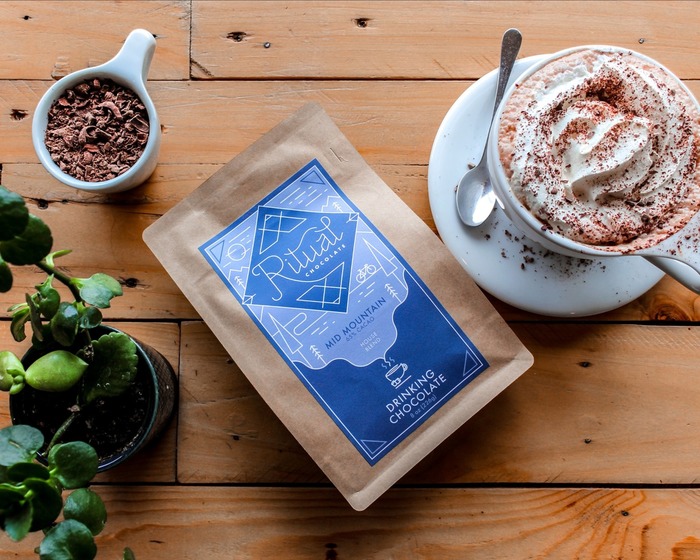 Tucked into an unassuming building less than a mile from the Park City Mountain parking lot lies a little bean-to-bar chocolate shop and coffee bar called Ritual Chocolate. Their cortado is my favorite—an espresso drink that’s somewhere between a macchiato and a cappuccino—and their muffins are made in house by a local baker. If coffee isn’t your thing, their hot chocolates are (of course) to die for. Pro tip: Snag one of their amazing chocolate bars and shove it in your jacket to snack on throughout the day. You won’t be disappointed.

Right by the Ski Utah HQ and conveniently located in the Walmart parking lot, which is one of the best park-and-ride carpool spots in SLC, is Bjorn’s Brew. This family-owned coffee shop serves all your caffeinated desires alongside mouthwatering stuffed croissants. Plus, the place is dog friendly and a portion of their proceeds go to animal charities. My rescue chocolate lab thanks you for your purchase. 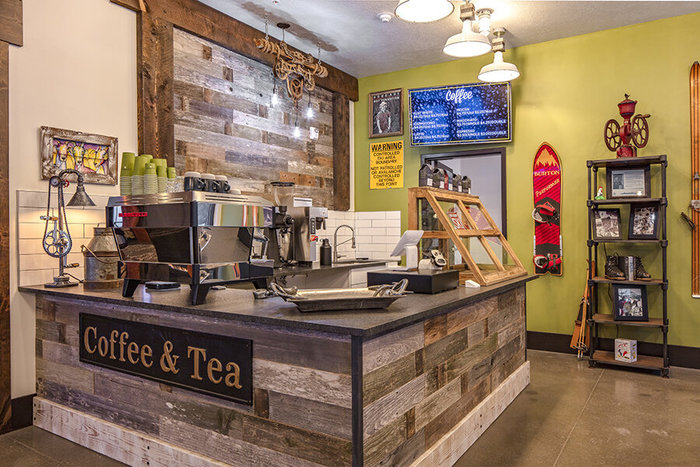 Nestled in the gorgeous Compass Rose Lodge is First Lift Coffee, which serves delightful coffee drinks and pastries with a side of ski memorabilia. They offer Campos coffee, locally roasted in Salt Lake City (pro tip: Campos also has a fabulous coffee shop at the base of Park City Mountain), which makes it the perfect caffeine stop on your way to the family ski day at Powder Mountain.

I didn't discover the magic of breakfast burritos until I was 18 and moved west and oh boy, I was really missing out. And in my haste to taste them all, I found that two small chains based in Salt Lake City called Albertos and Betos make some of the best. Albertos has a spot in Park City and another right off the highway in Salt Lake City and their Steak Egg Potato Cheese burrito is enormous and perfect for a day of skiing. But like many spots in Utah, Albertos is not open on Sundays, so hit Betos for your breakfast burrito of choice. They have locations around the state.

Honorable mention: Upon putting out the call for favorite to-go breakfast spots from skier friends on Twitter, a number of folks called out Hectors as a great breakfast burrito joint. However, Hectors was disqualified from this article because they don’t open until noon and are closed on Sundays. But if you’re getting a late start to your day or are planning on doing some night skiing at Brighton, definitely stop by this spot for excellent local Mexican food.

Hopefully this gives you a few places to try this season, but know that this is just a smattering of grab-and-go options for your day on the slopes. Let me know what you’re loving these days! 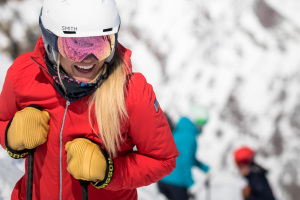 How to Keep Your Hands Warm: A Primer on Glove Layering 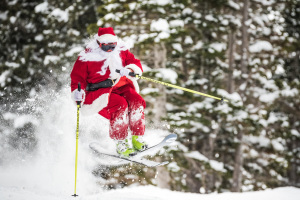 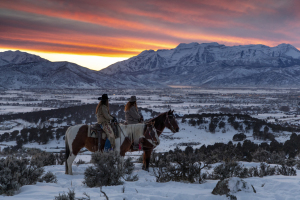 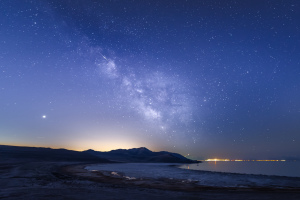 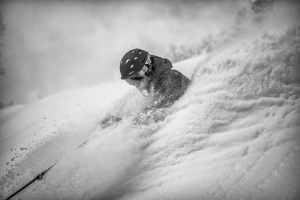