From February 8 to February 24, 2002, the Olympic Winter Games came to Salt Lake City, Utah. While friends at Ski Utah and beyond can talk about the magic of the event and how incredible the Games were for the state and its ski industry, I was 12 and living in New England. However, it was a pivotal event for me—watching my skiing heroes win medal after medal in my home country made the Olympic spirit tangible. The 2002 Games created my love for the Olympics, which is why I’m making time to write this story before continuing my preparations to work my second Olympic Games next month in Beijing—20 years after Salt Lake City 2002.

A total of 2,399 athletes from 77 National Olympic Committees participated in the Salt Lake Games. There were 78 events within 15 sports and disciplines and 407 athletes won at least one medal. The U.S. took the bronze in the medal count—third place overall behind Norway and Germany—winning 34 medals with 10 of those medals in skiing and snowboarding. It was the most successful Games in history for U.S. Ski and Snowboard at that point.

I’m not as much an Olympic historian—I leave that to the ever-impressive Ski Utah podcast host Tom Kelly—but here are a few of those Olympic medalists that struck gold, silver and bronze in Salt Lake City. We’re focusing on the athletes that snagged medals skiing and snowboarding because we’re Ski Utah, but be sure to tune in to the Games in a couple of weeks to cheer on all of Team USA.


Bode Miller, silver in combined and silver in giant slalom
Even if you’re not a skier, you know Bode. He grew up skiing at Cannon Mountain in New Hampshire and I idolized his controversial rise to the top as a fellow ski racer myself. And when it was time to come to Salt Lake City; he brought his wild side. Bode was an all-around skier, akin to Mikaela Shiffrin these days, skiing in everything from slalom to downhill, which made the combined a perfect event for him: one run of downhill and one run of slalom at Snowbasin Resort. He was 15th after the downhill run, but put it all on the line and skied right on the edge to take the silver. He snagged another silver in giant slalom at Park City Mountain and almost medaled in the slalom at Deer Valley Resort, but instead of taking it easy to ski onto the podium, he went all out for gold—in typical Bode style—and crashed.

Now, Bode lives in Big Sky, Montana with his wife Morgan Beck, a professional beach volleyball player, and their seven children. He’s still a ripping skier and just started a ski academy based at Granby Ranch in Colorado, helping kids around the country get into the sport that changed his life.

Shannon (Bahrke) Happe, silver in moguls
The 2002 Olympics featured the emergence of extreme sports. Moguls, aerials and halfpipe had been in the Olympics prior to 2002, but in the U.S. they shined. And young Shannon Bahrke was a star, standing at the top of Deer Valley Resort’s Champion moguls run on the first day of the Games to fly down to the screaming crowd below and secure a silver medal.

Now, Shannon has made Utah her home. She runs a corporate team building company, is a keynote speaker, works with the Utah Sports Commission and is on the board of Park City’s Youth Sports Alliance. She also is a part of the Deer Valley - Ski With A Champion program, in which guests can ski with her at the resort where she won her first Olympic medal, 20 years ago. Keep an eye out for her when you’re at the mountain—her trademark pink hair is easy to spot poking out from under her helmet.

Joe Pack, silver in aerials
While Joe hails from New Hampshire originally, he moved to Park City when he was a teenager to become an aerials skier, regularly training at the Utah Olympic Park in between practicing for the Park City High School football team. And in front of his friends and family on a chilly night at Deer Valley Resort in February 2002, he flipped to a silver medal.

These days, Joe has traded in his skis for golf clubs and waves, living in Hawaii with his wife Vanessa and their two children. He’s a golf pro at a resort in Oahu and loves to surf.

Travis Mayer, silver in moguls
Travis Mayer was relatively unknown before the Olympics, overshadowed by his teammates like Jeremy Bloom and Jonny Mosely. But with a final run that included an iron-cross heli and a triple twister, Mayer put a run down Champion that earned him a silver medal and scribed his name into history.

When he retired, Mayer threw himself into the business world. He has a bachelor’s degree from Cornell University and an MBA from Harvard Business School and was the Chief Financial Officer for Intrawest, which was acquired by Alterra Mountain Company.

Chris is now an advocate, starting the Chris Klug Foundation to spread awareness of the importance of organ donation. He lives in Aspen, Colorado with his family, is a realtor and still snowboards regularly.

All of the halfpipe medalists are now retired but are still very involved in their sport. Kelly rides regularly at her home in Mammoth Lakes, California and just launched online courses for people to learn how to snowboard. Ross lives in Vermont with his family, where he heads up the snowboard program at Stratton Mountain School. Danny coaches elite snowboarding, working with Spanish rider Queralt Castellet. JJ is also coaching elite riders, working with the U.S. Ski & Snowboard Team and will be heading to the Beijing Olympics in a couple of weeks to see U.S. athletes win more medals in the halfpipe.

So when you're watching the Beijing Olympics in a couple of weeks, think back to the Olympic Games that took place around Salt Lake City 20 years ago. The Olympic legacy is strong here in Utah, and one that is actively cultured and maintained. It's a special part of our heritage and one we hope to see return in the future. 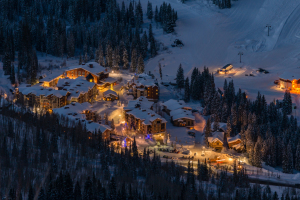 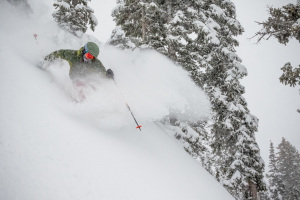 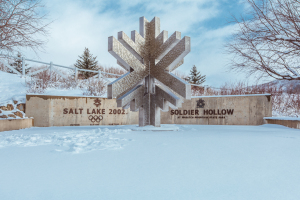 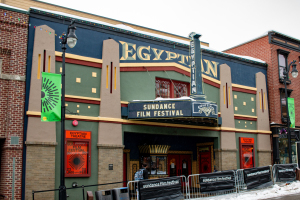