5 Places to Après in Ogden

Ogden is the new Park City. There, I said it. It has everything that my adopted town of Park City has to offer: easy access to amazing ski mountains and trails, a quick ride to the Salt Lake City International Airport and a bustling après scene. While Ogden isn’t quite as well-known as Park City, the city is on the up-and-up and is getting cooler by the day.

So book your vacation to Ogden (here’s a list of the best places to stay), recreate in the gorgeous valley and then hit a few of Ski Utah’s favorite après spots to replenish those calories. While I’ll always recommend The Shooting Star Saloon in Huntsville (the oldest bar in the state), Snowbasin Cinnabar Lounge and Powder Mountain's Powder Keg, today I’m focusing on the city of Ogden and where you can find a delicious après beverage in the city after a day of adventuring. 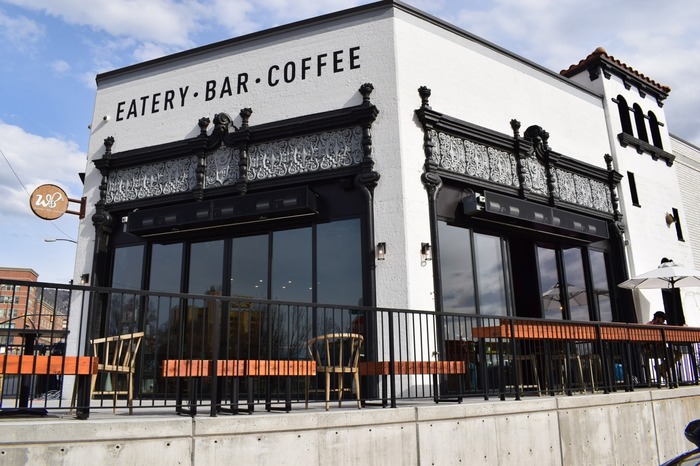 One of the coolest new spots in Ogden, WB’s Eatery opened up in 2019 at The Monarch, a historic multi-use building in the Nine Rails art district. This restaurant offers it all—coffee, wine, cocktails, CBD, shopping, drag brunches and more. But given that we’re talking après, give a cocktail a try after your day ripping pow at Snowbasin Resort. Their Falter (local Waterpocket blanco rum and plantation rum, blueberry gastrique, blueberry and thyme) is great, but don’t ignore their non-alcoholic drinks. The Turmeric Blossom (turmeric and ginger rishi tea, lemon, rice milk sugar and orange blossom) is a standout, and you don’t need alcohol to enjoy the après culture! 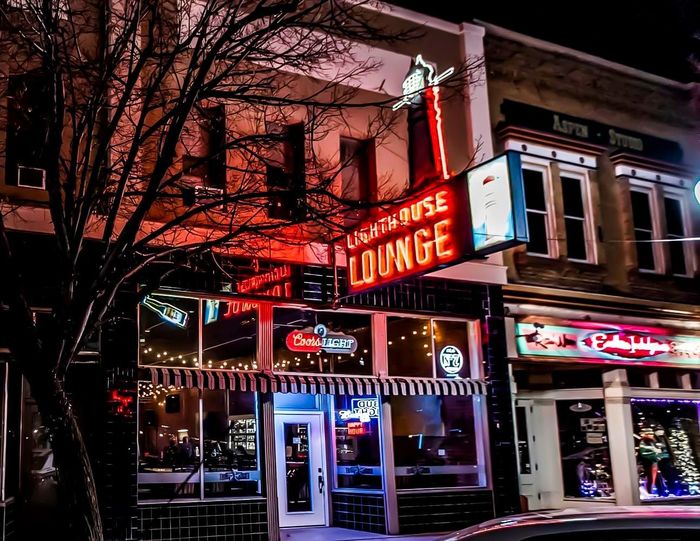 Not quite a dive bar and not quite upscale, the Lighthouse Lounge has a couple of bars and features live music, a dance floor, TVs and a great selection of cocktails. Their beer list is extensive and primarily local, but they also have a funny list of shots, like the Spicy Cucumber (cucumber vodka, sour, dash of hot sauce, grenadine) or the Scooby Snack (coconut rum, melon liquor, blue curacao, cream and pineapple). So if you’re looking to kick off your evening with a bang, give those a try. 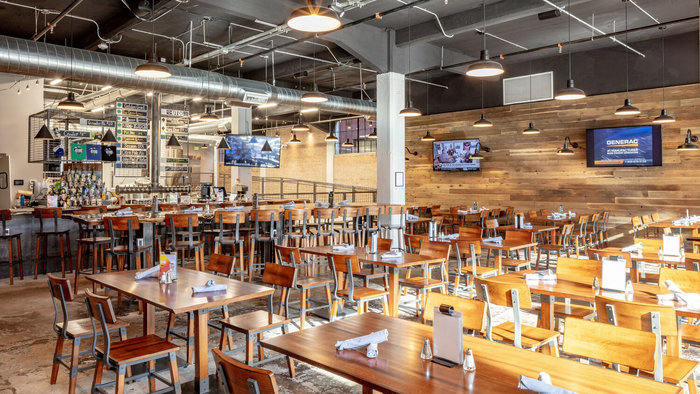 Beer has always gone hand-in-hand with après, and UTOG Brewery may have one of the cutest labels involving a skier I’ve ever seen on their John Paul Porter. (If darker beers aren’t your thing, I’m loving their Snowcat IPA!) The brewery also has upscale bar bites, like Buffalo Mac Bites (fried mac ‘n cheese with diced chicken, topped with honey stung sauce and ranch or blue cheese) and a Salmon Sandwich (seared salmon on a brioche roll with sriracha tartar sauce). Though UTOG is a brewery, it’s family-friendly, so bring the whole crew to watch the beer being made in their open-concept brew pit. 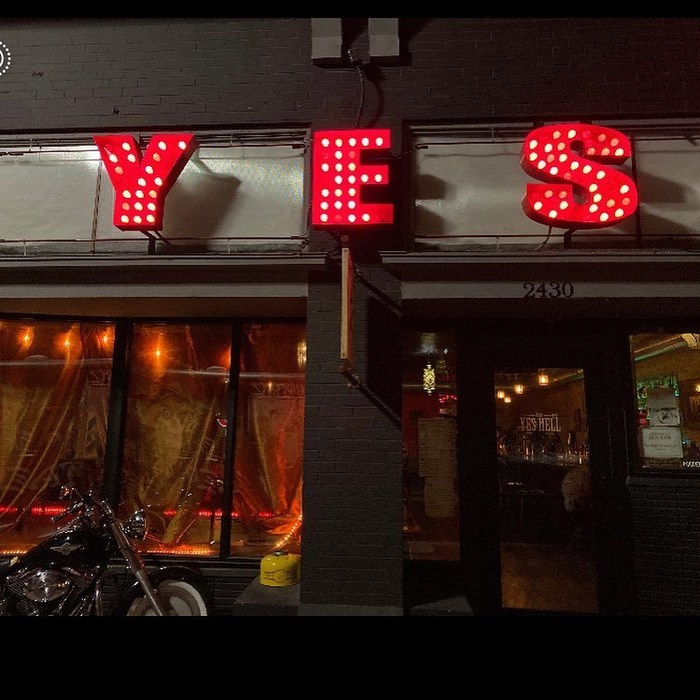 It’s hard to go wrong at the locally owned The Yes Hell for après. There’s a small taqueria in the back that makes killer tacos, and their cocktail list is robust but not being pretentious. There’s often even live music! I highly recommend their Smokey Tequila Sour and the "Burrito’s for El Gordo’s" to make up for those calories you lost after a long day skiing at Nordic Valley with the kiddos. 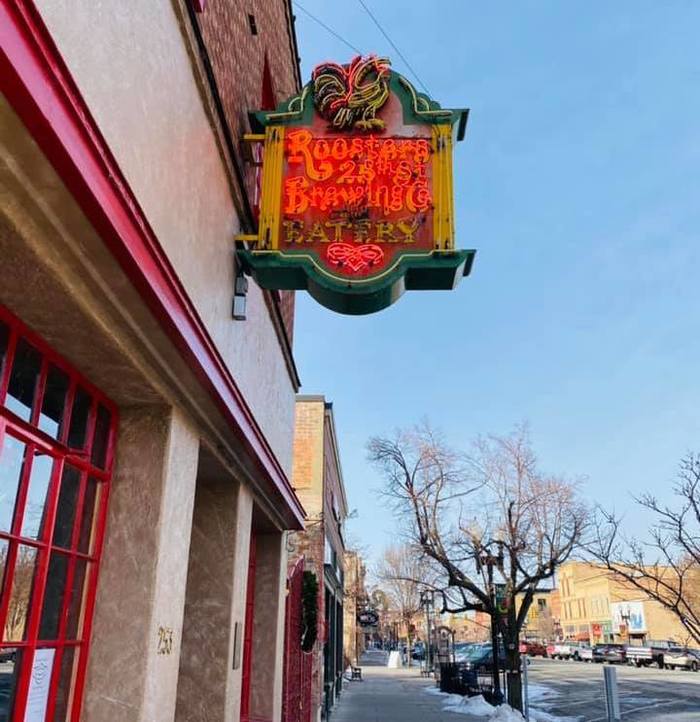 A restored building from the 1890s on Ogden’s Historic 25th Street houses Roosters Brewing Company, a community gathering spot for everyone in the city. “It's not unusual to see mud-splattered mountain bikers enjoying burgers and brews at one table while more formally dressed couples enjoy herb-crusted rack of lamb and fine wine at another,” they state. So whatever activity you’re après-ing, there are food and drink options to pair. Be sure to taste their beer, though. Their Blueberry IPA is excellent, and their Niner Bock has won a bunch of awards.

Have I convinced you to visit Ogden yet? Let us know where you like to après in the city after a day on the mountains! 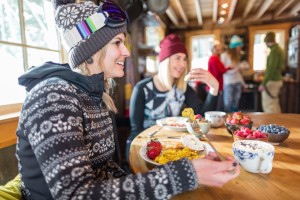 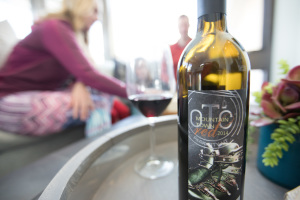 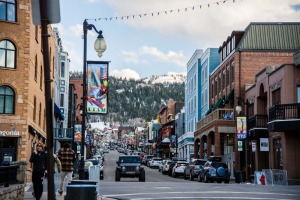 Where To Dine, Shop and Play on Park City's Main Street 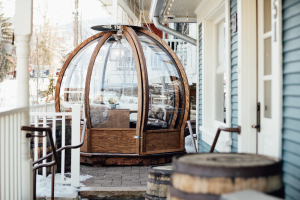 Unique Dining in the Wasatch 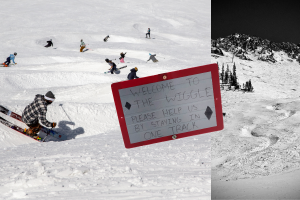 Spring Skiing in Utah: A Case of the Wiggles 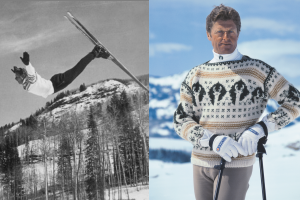 Stein Eriksen | The Godfather of Freeskiing 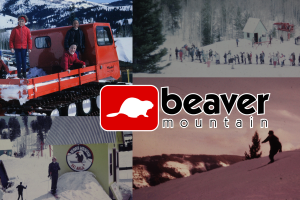