For the latest installment of Ski Utah’s Powder People, we’ve connected with a man whose impact on the realms of skiing and snowboarding ripples much further afield than the slopes of Utah. In fact, his work benefits winter lovers across the globe...

Meet Jim Niehues, the man behind your trail map. Jim has spent the last 30 years painstakingly crafting ski area trail maps with watercolors for nearly 200 resorts across 5 continents. Jim is now chipping away at his 195th resort, Mt. Bachelor in Oregon.

Jim recently made history when he and a team of avid skiers launched a Kickstarter campaign in November 2018 to produce a coffee table book showcasing his body of artwork. (Read more about it HERE.) Hoping to reach a goal of $8,000, Jim and his team were astounded to wrap up the project in early January 2019 surpassing their goal by 7,276%. Yes, you read that obscene number correctly. More than 5,100 individuals pledged over half a million dollars, $590,088, to fund Jim’s coffee table book. Niehues’ campaign also clinched the title as the highest grossing project in the Art Illustration category in the history of Kickstarter.

Part of what makes Jim’s trail maps so realistic is the painstaking process infused into each project. He’ll start with a plane flight or two, snapping countless photos along the way to help him understand the perspective and aspect of the ski area. He’ll gather old trail maps, site maps, photos, and compare them to his aerial photos and Google Earth to work out the angles. Jim manipulates the perspective to present as much of the terrain in one view as possible. It’s work that could not be adequately reproduced by any computer or software program. Jim will then begin his process of sketching, then painting with watercolors, all while working closely with resort personnel to accurately portray each facet of the mountain.

Collected by countless skiers and snowboarders, Niehues' trail maps are treasured tokens of memorable days spent in the mountains. As a small child and prolific collector of ski maps, I recall noticing his distinctive signature peeping out from stands of pines or aspens in the corner of nearly every map I tacked to my wall. I always wondered about the identity of this mysterious artist and how anyone could be so lucky to land such a career. It was a pleasure and an honor to spend some time chatting with Jim about his time spent on mountains across the world and his new book: James Niehues: The Man Behind The Map.

Lexi: Nearly all the trail maps in Utah have been painted by you, Jim. When you reflect on your time spent painting Utah’s famous ski slopes, do you have any memories to share?

Jim: Early in my career, I was onsite painting Alta's trail map and there were eight inches of new snow. That was at a point when I was barely able to ski, so I had a real time getting down that mountain! Of course, the Canyons and Park City Mountain, once they merged, created a challenge with the perspective of the different slopes and varying aspects. If you look at it in real life, there would be many hidden areas of terrain that I had to pull around and manipulate. I would say Snowbird was one of my favorite mountains to paint because of the backdrop; it just has a dynamic to it in terms of the composition.

Lexi: Are you still accepting commissions from ski resorts?


Jim: I announced several years ago that I was retired but that didn’t last long. A new client will call me up and it’s a mountain that I’ve always wanted to paint. I enjoy it and it’s always a challenge. Right now, I feel as though I am busier than I have ever been. On deck now, I have Ski Santa Fe in New Mexico, sketches approved for Mt. Bachelor, Oregon, Cardrona in New Zealand, and a remake for Sun Peaks in British Columbia. My calendar is packed! I try to do several a year, but this year it’s snowballed! Maybe I’ll retire next year… It’s not really a job, it’s a passion!

Lexi: What happens to the original paintings once you’ve sent the proofs off to the ski resort?


Jim: I own all the originals, they are in my flat files, stacking right up. I honestly don’t know what I’m going to do with them. Perhaps someday someone would be interested in purchasing the entire collection, maybe there is someone in the state of Utah...

Lexi: In the process of painting a trail map, from aerial survey, to skiing, to transferring the image, to sketching, then painting, do you have a favorite part in the process?

Jim: I love the aerial flights. It’s so inspiring to get up in the airplane and fly over the mountain and view it from that perspective. It certainly is amazing. My most memorable aerial flight was for Grand Targhee Resort in Wyoming. We flew astonishingly close to the Grand Teton and I remember thinking, “Golly, if I jumped out, I’d just land in that snowdrift and I’d be ok!”

Lexi: What are you thinking about as you try to capture the essence of a mountain?
Jim: That depends upon the mountain, of course, if the slopes are due north, west, or east. I usually find that the best time of day to depict the mountain is from 10:00 AM to 2:00 PM. You don’t want direct sun as it doesn’t produce any shadows, it’s all white. It’s very important to capture the mountain at a point in time when shadows are cast across the slopes. Early on in my career, I painted Alta Ski Area and the area behind the Collins Chairlift was very difficult to adequately capture.

Lexi: Jim, do you have any special memories from your travels?


Jim: Well, I’m not a really great skier. I’m an intermediate skier and can get down the slopes that are nicely groomed, but if I get off them, it becomes a bit of a challenge! I’ve always wanted to ski powder and never really had the opportunity to do so. Boy, would I like to try it on a big open slope! The most memorable ski experience I had was down at Perisher in Australia. There was one slope that was just exactly the right angle for me. It was freshly groomed and I felt like a million bucks while skiing down.

Lexi: You’ve always been very diplomatic about the often-asked question: “What’s been your favorite resort to paint?” So, you don’t have to answer if you don’t care to, but which resort in Utah was the most fun for you to work on?

Jim: I would have to say Snowbird because of the backdrop and the openness. Alta is right in there, but Snowbird has an element to it in terms of composition and the dynamic of the mountains. That regional map I painted for Ski Utah was actually tricky. It’s probably the one that I had the most fun painting. 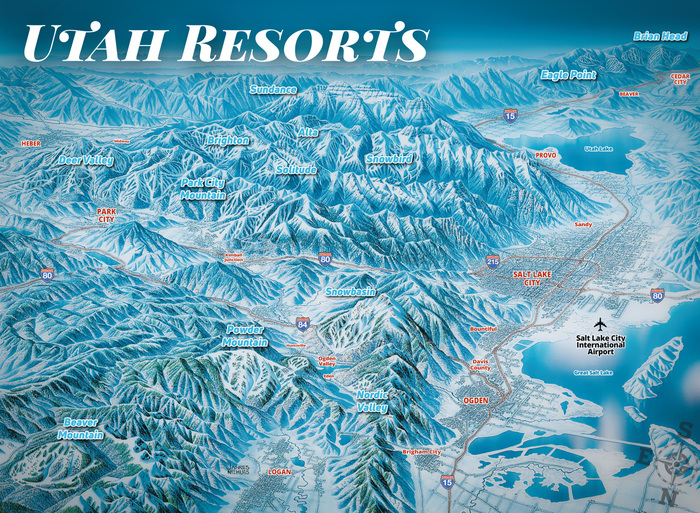 Lexi: You did a pretty fantastic job on that Ski Utah map back in the 80's, if we do say so. When you’re not painting ski areas, do you have other subjects you like to paint?

Jim: Scenery, landscapes, oils. My wife and I have a motorhome and we travel around and I take pictures. I have all these pictures on my computer just waiting to be painted.

Jim’s mastery of both watercolor and cartography allows him to distill the essence of a complex mountain environment into an easily digestible and visually aesthetic panorama. It’s a process no computer will ever replicate. We’re so excited about Jim’s Kickstarter project and wish he and his team the best of luck in fulfilling the overwhelming demand of orders for his book, James Niehues: The Man Behind the Map. The Kickstarter project has wrapped up, but you can pre-order a book now!  Click Here 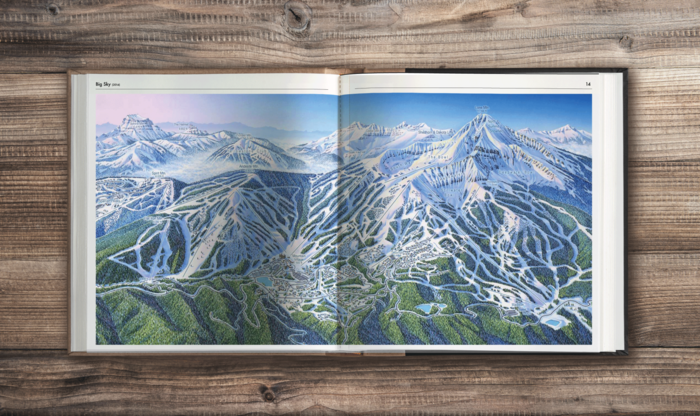 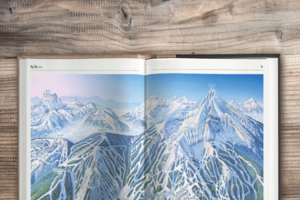 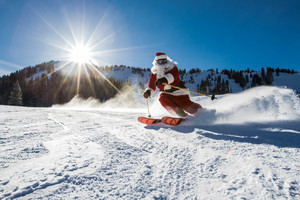 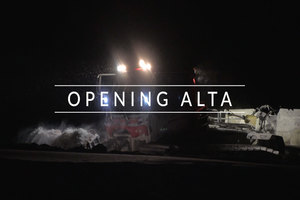 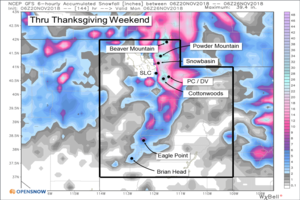