The History of Powder Mountain Resort

Claim to Fame: With an understated and mellow vibe, most guests have no idea they are enjoying one of the largest ski areas in North America. With the most skiable acres of any resort—8,464 if you’re counting—guests can enjoy endless turns via snowcat, shuttle bus, backcountry skiing, guided trips, or their own two feet at Powder Mountain. By limiting season pass and daily ticket sales, Powder Mountain strives to achieve a skier density of no more than one acre per guest; one of the lowest density ratings of any resort around! 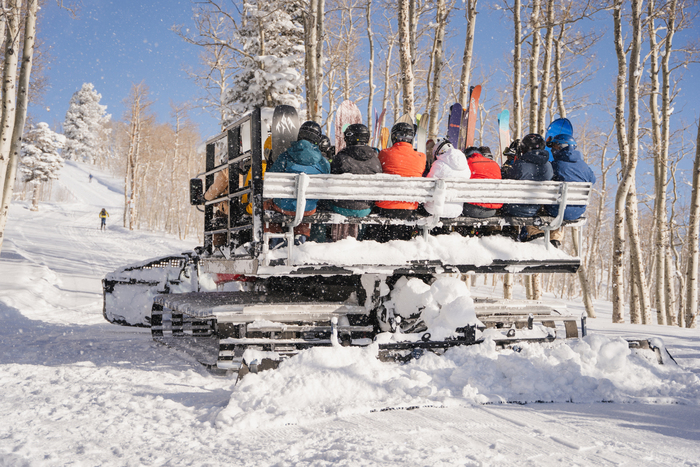 Terrain Info
In case you missed the note above, Powder Mountain is BIIIIIIIIIG. There is no shortage of powder turns, perfectly spaced glades, groomers, shuttle laps, cat rides, whimsical terrain park features and beginner terrain. You could never visit Powder Mountain and feel bored. There is simply too much terrain to explore in a single day or even a whole weekend. Powder Mountain also offers night skiing on their Sundown lift and Tiger surface tow. Powder Mountain is unlike any mountain you've ever seen, thanks to the variety of activities and terrain diversity. 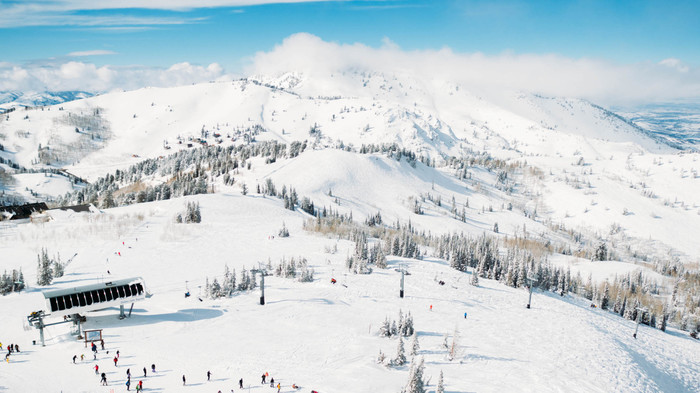 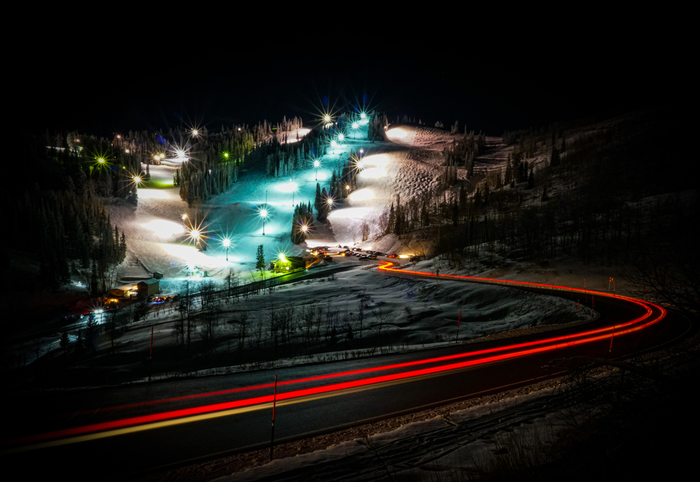 From Ranch to Resort
Powder Mountain’s humble beginnings can be traced back to a sheep herding family from the early 1900s. Frederick James Cobabe found himself an orphan at age 15 and began tending camp for a local shepherd, Charley Schmaltz, who paid him in sheep. Frederick slowly built up a small herd and established his own business. He spent the decades between 1902 and the 1940’s acquiring land for the summer foraging of his herds around Eden, Utah. Frederick understood how livestock could decimate the landscape, causing erosion and damage to the watershed. He worked tirelessly to rehabilitate the land which had been devastated by the reckless grazing practices of yore. His efforts helped to restore the area around Powder Mountain to one of the highest quality watersheds in the Wasatch Range.

Frederick’s son, Alvin F. Cobabe, bought his father’s livestock company along with 8,000 acres around Eden in 1948. Frederick was tragically killed in a car accident just months later. Needing a reservoir for his ranch, Alvin bought heavy machinery and broke into the earth-moving business to pay for his overhead. Unsatisfied with his many ventures, Alvin sold his livestock and earth moving companies in the 1950s at the age of 42 on a quest to fulfill a lifelong dream. Alvin enrolled in pre-med classes at the local Weber College. It had been a hope of Alvin’s since childhood to be a medical doctor. He’d say “It’d be a lot more fun to deliver babies than it was to deliver calves, sheep, and lambs out in the wet weather.” 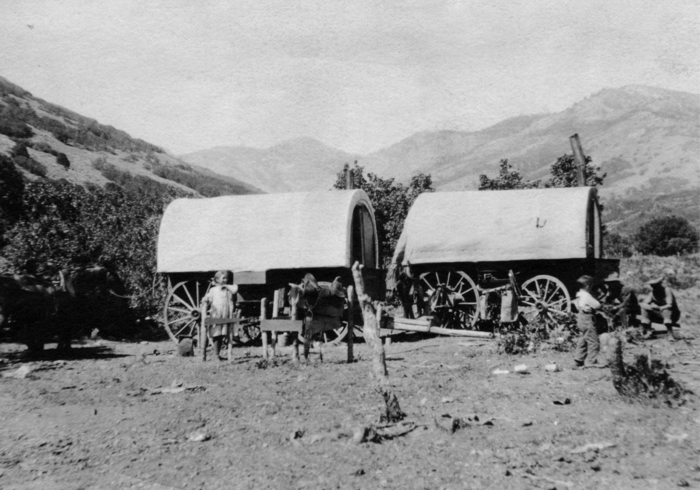 
A few weeks before he moved down to Salt Lake City to attend medical school at the University of Utah, Alvin took a fateful horseback ride along Lightning Ridge that would change the character of the area forever. A friend mentioned how lovely the terrain looked for skiing, comparing it to nearby Snow Basin resort. (Read Snowbasin's history here). Cobabe didn’t forget this conversation despite the distractions of moving and the demanding rigors of medical school.

A Humble Little Hill
Dr. Cobabe had a deep conviction that he should build a ski area as his friend had suggested. He initially had problems acquiring financial backing from the Bank of Utah, which refused to fund such a risky endeavor. Alvin’s resolve was unmoved. A year later, though still in medical school, he built the first ski run from scratch with a primitive rope tow on a small hill near today's Wolf Creek Golf Course. Alvin had the hill lit up at night, and the local school children loved it. Parents would fret about how badly the rope tow wore out their children’s gloves as they gripped the rope during countless laps up the little ski hill.

Alvin began to visit other ski resorts during breaks from medical school. He soon befriended operators at Aspen and Sun Valley. Aspen’s longtime manager of 20 years, D.R.C. Brown, assessed the land with Alvin and confessed he was deeply impressed with the terrain of Alvin's property in the foothills above Eden. This affirmation gave Cobabe the confidence to press forward. As the popularity of the rope tow continued to surge, Alvin was finally able to secure the financial backing he needed from Zion’s Bank in Ogden to finance construction for a ski lift up the road. 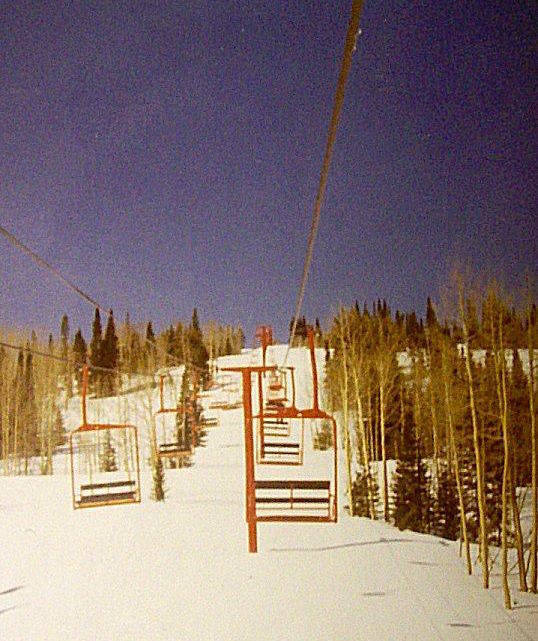 A Much-Needed Lift
Formerly, the road to Powder Mountain was a rugged horse trail. The first improvement that financing would permit was widening and improving the road. Around this same time in 1965, while the lift was under construction, Alvin purchased a small Sprite snow cat to take small groups of people and friends cat skiing. These early adventures helped inform Alvin about the best powder skiing terrain and where skiers most enjoyed skiing.


On February 19 in 1972 the Sundown lift transported its first guests up the slope. The Sundown lift was the only option that first season. To lure in more locals, Powder Mountain was illuminated at night for night skiing, and a ski school was established. Guests could enjoy food prepared on a BBQ. Alvin’s wife, June, helped out in many capacities, acting as chief cook and managing ticket sales. Many skiers who came up found jobs and enjoyed working alongside the Cobabe family. For the second 72/73 season, the Timberline chairlift and the Sundown Lodge were added.


Powder Mountain Begins to Grow
Dr. Cobabe had a very thoughtful approach to setting out runs. He would spend countless hours watching skiers use the mountain before cutting new runs. He climbed aboard a small Cessna plane to determine where his third lift should be installed. When he found himself back on solid ground, he couldn’t locate the terrain he had pinpointed for the new lift. This is how Hidden Lake earned its name. The Hidden Lake lift was opened on New Year’s Day in 1975. It was the longest lift in Utah at the time—over a mile—measuring more than 6,000 feet.

With Powder Mountain running smoothly, Dr. Cobabe expanded his medical practice in Ogden and opened an office. The doctor found it difficult to juggle the demands of owning and operating a resort and maintaining a medical practice. It required a LOT of work. Resort personnel and Dr. Cobabe realized it was growing increasingly difficult to prevent skiers from exploring and enjoying long powder runs beyond the lift-served terrain. To address this issue, management eventually decided to open up Powder Country, performing avalanche mitigation in these delightful powder bowls and running shuttles for powder-hungry skiers. Thanks to the tireless work of a local legend named Richard (Woody) Wood, the experience at Powder Mountain was forever changed. 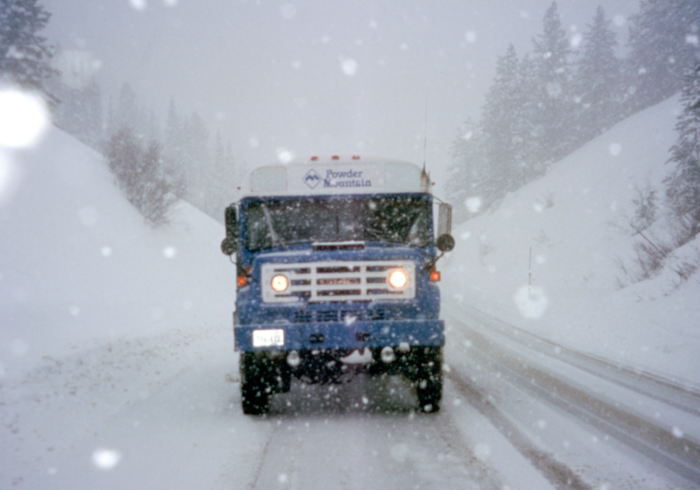 This is Powder Mountain. Once you have tasted of its magic you will want to return again and again and become part it.

Powder Country and Woody's World was officially added for the 81/82 season, providing 1,200 acres of pristine powder skiing and a shuttle service to accommodate guests venturing out for fresher turns. Thanks to Woody's infectious enthusiasm and his passion for the community, his move to operate the shuttle service opened up a huge amount of untouched powder for adventurous skiers willing to ski beyond groomed runs. To round out the 80s, the Hidden Lake Day Lodge was opened for the 86/87 season. Around this time, snowboarding was permitted at Powder Mountain. Snowboarders found great delight in Powder Mountain’s wide-open bowls, powder and gladed terrain and Pow Mow was the first resort in Utah to officially welcome the radical new snow sliders.

The Sunrise platter tow was added in 1994 but it was soon eclipsed by the addition of the Paradise quad chair in 1999. This expansion added 1,300 acres of lift-accessed terrain. Another 700 acres was made accessible by relocating the snowcat skiing operations to Lightning Ridge, where Dr. Cobabe originally envisioned his ski area. A high-speed quad lift replaced the old Hidden Lake double lift in 2006.

A Couple New Chapters
At the age of 88, having lived such a full life, Dr. Cobabe sold Powder Mountain Inc. in 2006 to Western American Holdings. His daughter, Aleta Cobabe continued to lead the resort with the same management team. Over the coming years, Powder Mountain would change hands three times. 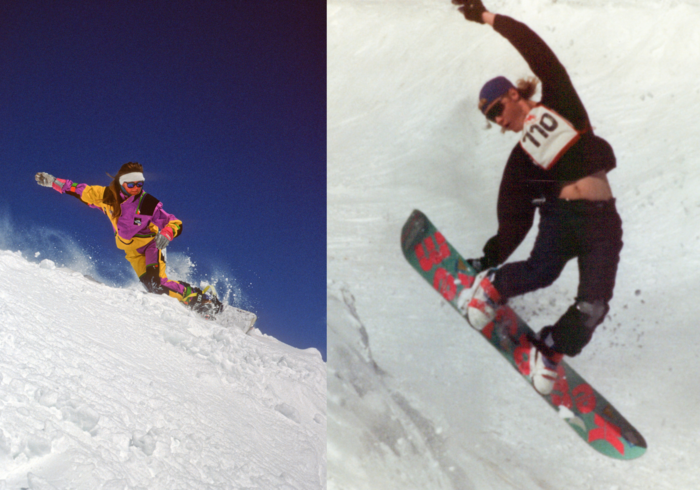 Powder Mountain was eventually purchased in 2013 by the Summit Series co-founders (an event hosting company) and two venture capitalists. They vowed to preserve the unique spirit and atmosphere of Powder Mountain with a commitment to sustainable growth. 2016 brought the construction of the Village and Mary’s quad lifts in addition to a real estate development in the southwest corner of the property. This feat earned Powder Mountain the largest lift-serviced resort expansion in North American ski industry history by adding an additional 1,000 acres. 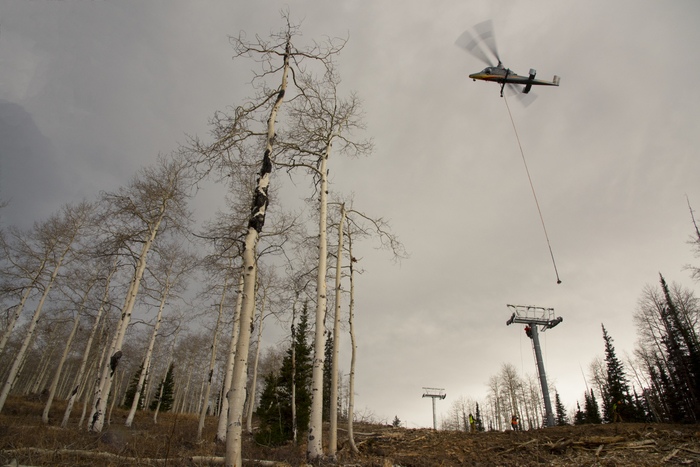 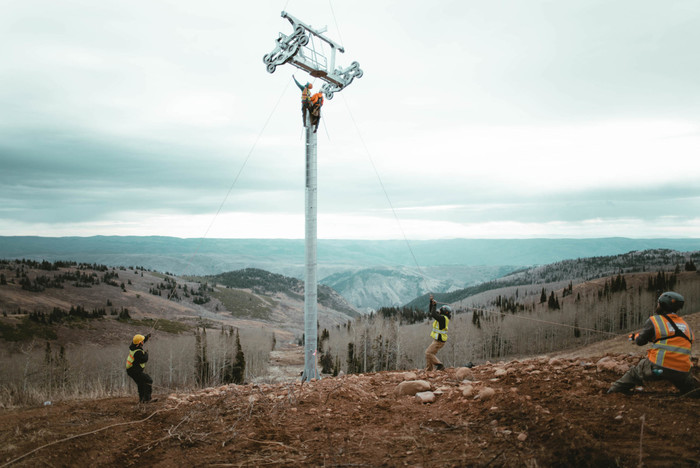 Today, Powder Mountain continues to offer some of the most powder-packed terrain in North America, all accessible by chairlift. It also offers bootpacking/hiking, cat skiing, guided backcountry tours and shuttle bus terrain. Lately, Powder Mountain has been building mountain bike trails to feed the gravity addiction that its winter enthusiasts miss in the summer months. The progression of Powder Mountain's bike trail offerings has converted Powder Mountain into a year-round destination. If you haven't experienced this slice of paradise, it's time to head for the hills, you can learn more in our Powder Mountain Bike Guide. 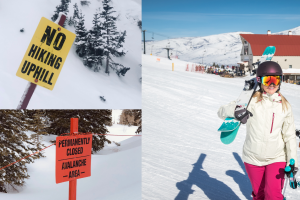 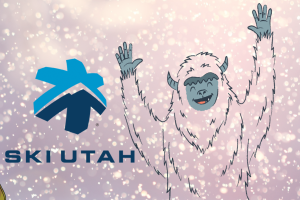 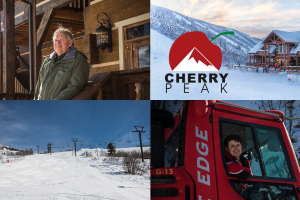 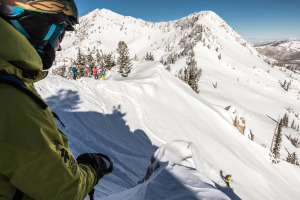