Adam in the Ho!

Adam in the Ho!

The forecast called for three to six inches of snow to fall last weekend.   Some resorts ended up getting a bit less, while others ended getting a ton more.  I just happened to be at the one that ended up with a ton more! Coincidence? I think not.

Alta’s storm total ended up being well over a foot of snow. I love it when the North West Flow kicks in and plasters the upper Cottonwood Canyons in white. The video captures the Sunday powday, followed by the Monday Bluebird cold smoke skiing that occurred. 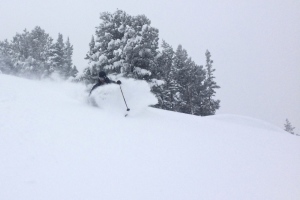 First Turns of the Year! (Video) Ski/Snowboard Lessons and Programs in Utah