It had been several years since I skied Beaver Mountain. First question I asked myself after spending a day on the slopes was, “Why the wait?” 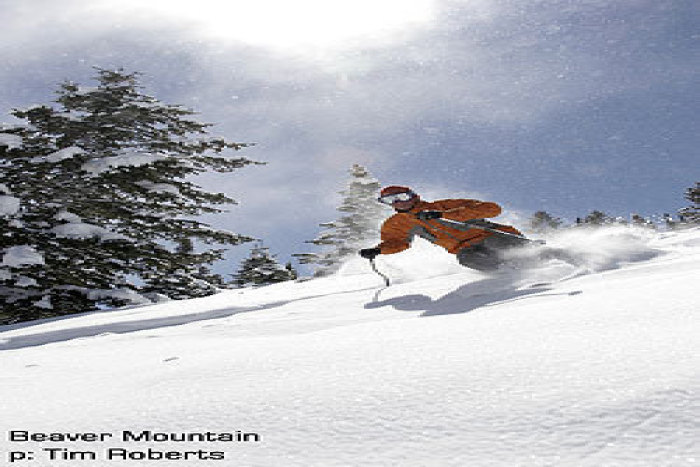 First, let me explain that Beaver Mountain is the longest family-owned ski area in the country. The Seeholzers have owned the resort for 74 years. By all standards it’s a small, down-home resort -- five lifts and 47 runs. Which is kinda refreshing these days. Ski or snowboard there and chances are good you’ll run into family.
But, being family owned gives this resort a one-big-happy-family approach to skiing/snowboarding.
Ted Seeholzer, son of the founder, the late Harold “Harry” Seeholzer, supported this homey view when he told me, “No kid is turned away because he or she is a few dollars shy of a lift ticket.
"I give them a ticket and tell them to make up the difference next time they’re up. And you know, nine out of 10 times they’ll bring in the money and say, ‘Remember me. You gave me a ticket. Here’s the money.’
“It started with my mother (Luella). She never turned away a kid because he or she didn’t have the money for a lift ticket. There has never been a kid come to the (ticket) window that didn’t have enough money that didn’t get a ticket. That’s what you do,’’ he explained.
And, they do it well.
And, it’s part of what makes this a fun place to ski or snowboard.
More proof surfaces in the fact that Beaver Mountain has one of the few all-volunteer ski patrols in the country. Its 105 members show up for work on time and on schedule, and do it simply for the fun of it . . . and, of course, to care for other skiers or snowboarders when needed.
Harold Seeholzer, a skier, got into the ski business looking for a place for his kids to enjoy themselves on the slopes. He got involved in a resort in 1936 in an area called the “Summit.’’ In 1947, when the opportunity came, he moved his wife’s tiny kitchen and family to Beaver Mountain, so named after nearby Beaver Creek. Timbers from the first T-bar installed there are still standing.
Since skiing had not caught on and resources were scarce at the time -- “I remember when $39 (in ticket sales) was a big day and days when in food services it was good if we made $2.50,’’ said Ted.
Because of it family members worked regular day jobs and “volunteered’’ their time at the resort.
Over the years the Seeholzer kids and grandkids, son-in-laws and nieces and nephews have been keeping the “family’’ tradition alive.
By most standards, Beaver Mountain would be considered small. It has one triple, three double and one surface lift, and no high-speed anything, which is kind of relaxing. 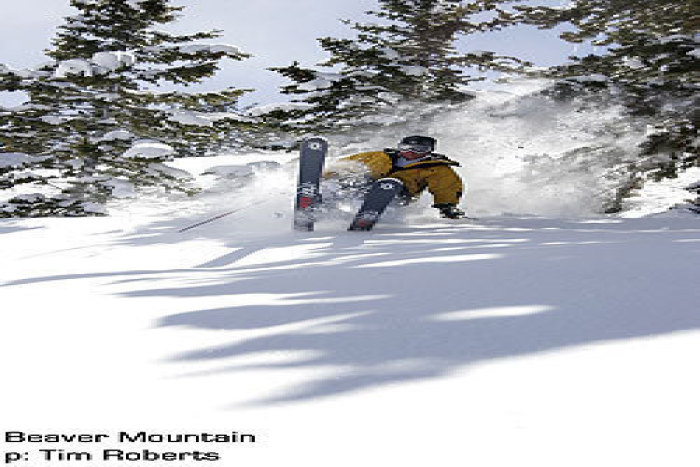 For me, it was a laid-back day. Nothing compelled me to hurry . . . I took a couple of runs and stopped in the little food-service bar for your basic burger, fried and water. Then I went back to the slopes and took a few more runs.
First I hit Lue’s run, named after Ted’s mother, which is considered the resort’s signature run. It is as close to a perfect run as there is. It’s East facing so always has good snow; has a 1,500 vertical-foot drop that make for a long continuous run; and has a natural fall-line for comfortable down-hill turns. It’s steep in sections and has two roller-type areas for variety.
Another run I took is The Ridge. It is an intermediate run that is also long -- 1,200 vertical -- and is perfect for cruising. It’s one of those ego runs where you can look and feel good, top to bottom, and go as fast or as slow as you choose.
The day I skied there was six-inches of new, light Utah powder over what were groomed runs. The only thing better would have been two-feet of new, light Utah powder.
Another thing I like about the area is the trees. There are lots of them. Ted explained that when runs are cut, they’re kept narrow, preserving as many trees as possible.
“Then we watch skiers and snowboarders and see where they like to go, and then we look at taking out a few more trees . . . then step back and watch,’’ he added.
One reason it took me so long to get back is I’m spoiled. I’m 15 minutes from the Park City resorts and 45 minutes from Brighton, Solitude, Alta and Snowbird. Beaver Mountain is a two-hour drive North, which to many is really a short drive. To get there take I-15 North to the Logan/Brigham City exit, then go East to Logan, north through town to the sign pointing to Utah State University. From the school it’s 27 miles up Logan Canyon to the resort.
The best part is an adult all-day, all-area pass is only $40.