Since 1986 when Wasatch Brewery opened in Park City, there has been a steady tide of new producers, putting Utah’s award-winning craft beers on the national map.

At its base, Hellevation IPA has a solid footing in Pale Ale and Caramel malts and soon ascends to dizzying heights on the power of bitter Nugget and floral Cascade hops.

Prepare yourself for the dark side, for a big, bold intense beer, the darkest Squatters has ever made. Rich toasted barley flavor with notes of complex chocolate and molasses, with hints of the oak it was aged with.

You might need one of these soothing elixirs to nurse your wounds—or pride—if you take a season-opening yard sale in front of the lift line. Light going down with notes of honey, caramel and vanilla with a dry finish. Gold Medal, North American Beer Awards.

When skiing Snowbird, gaze to the west and see Pfeifferhorn, aka Little Matterhorn. If bagging that peak is too hardcore, sip this quaffable American lager. Its subtle malt flavor, capped with a fine spicy and slightly herbal hop profile, makes it a favorite.

This amber ale was first brewed for a private documentary premiere of “Ready to Fly,” the story of the U.S. women’s ski jumping team, which trains in Park City. With notes of raisin, plum and graham cracker, pairs great with spicy food.

A good, solid American brown ale with notes of molasses, patent malt and coffee. Well-balanced nutty-woodiness with a generous dose of American-grown Willamette hops. Winner of the 2008 Silver Medal at the World Beer Cup.

One of the offerings in the Exponential Series, this beer gets its smooth body from delicate Mt. Hood hops, then finishes with sweet malt with tones of vanilla/honey. Labeled “mild” but checks in at 5% ABV. Bronze, 2013 Mountain Brewers Beer Fest.

Listed among Bon Appetit’s “12 Gluten-Free Beers that Actually Taste Good,” and it does! A beer with a hero’s name, made from light-bodied millet, brown rice, sweet potatoes and molasses along with plenty of American hops. A gluten-free beer for anybody who likes beer.

We like polygamy jokes in these parts and this hearty brew has been cracking it for a long time. The beer is no joke, though—a toasted, lightly roasted, chocolaty, easy-drinkin’ porter. Gold and Silver Medals, World Beer Cup.

Sip and support Utah causes. The 801 Pilsner is not just a damn tasty beer but also Uinta’s way of giving back to the community. Some proceeds from the first ever batch benefited the Utah Avalanche Center (UAC), a group that provides backcountry riders with tools and info to stay on top of the snow. Drink up for safety! 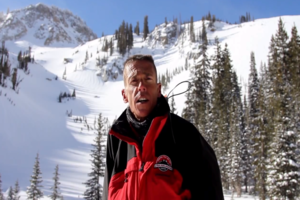