Alan Schoenberger: The most important ski person you might not know

Alan puttin' on a show and totally in his element.

Alan rippin' up the slopes in his white face.

Catching Alan out of his costume wear.

Alan performing in the opening ceremonies of the 1994 World Cup in Vail.

Alan walking away as the World Ski Ballet Champion at the World Hot Dog Championships in Cervinia, Italy in 1976.

Alan puttin' on a show and totally in his element.

Alan rippin' up the slopes in his white face.

Catching Alan out of his costume wear.

Alan performing in the opening ceremonies of the 1994 World Cup in Vail.

Alan walking away as the World Ski Ballet Champion at the World Hot Dog Championships in Cervinia, Italy in 1976.

So why don't you know of him? His low key profile surges to effervescence when he performs in mime white face or coaches up-coming athletes on his 2 ton ski simulator.

But lets back up. Early on, Alan studied dance, ballet and mime. He packaged those moves with skiing and dominated freestyle events worldwide in the 70s.

It was the 70s when I first saw him. I was a wobbly beginner skier at Stratton Mountain, Vermont. I came upon a costumed troupe on short skis, twirling and spinning down a slope that was roped off as a stage. The perimeter was packed with viewers gaping in awe at the performance unlike anything they'd ever seen. The star wore a flashy costume and mime white face. It was Alan. His choreographed moves and facial expressions told a sweet love story as he spun and flipped down the slope with his troupe.

But he was hungry for a sophisticated theatrical environment where he could perform on skis. In 1978 he designed and built a computer-controlled 2 ton ski simulator complete with sound, stage lights, and special effects. He wrote and produced his first ski theatrical touring piece: Alan Schönberger SKI BUM in Piano Roll.

His performances thrilled audiences in 33 states, 4 foreign countries, and he performed live with the Rochester Philharmonic Orchestra at the Eastman Theatre and he's been featured in Warren Miller and Dick Barrymore films.

Then Alan's imagination went wild. He realized that his unconventional ski simulator could make a dramatic breakthrough in alpine teaching methods. At his SkiStudioParkCity he began coaching the intricacies of alpine world cup skiing and racing techniques on his ski simulator.

Then "I hit a eureka moment," he said, "when I realized I needed to design a new SkiBed simulator from scratch -- a design concept that would completely fit my skiing methodology from the ground up and allow the athletes to grow organically together."

His brand new innovative xiSkiBed® is scheduled to open at his ski studio in June, 2016. He's even giving his studio a new name: SkiStudioParkCity2.0.

"It culminates more than three decades of creating, fabricating and testing," he said. " I have been consumed with creating the premier learning realm where skiers can excel." 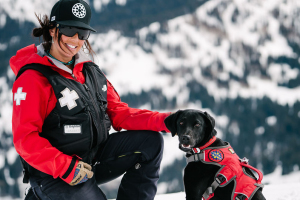