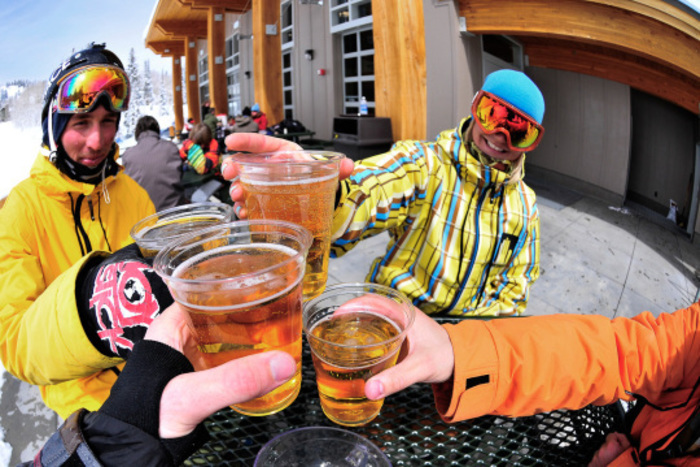 The following article is a contribution from my friend and guest blogger Nick Como. Nick escaped the skyscrapers of NYC for the beautiful skyline of the Wasatch Mountains. Insists on a steady diet of fresh powder, rock climbing, mountain biking, beer and will never put pineapple on pizza.

So you’ve heard rumors that Utah is a dry state. As with most rumors, there is not much truth involved, but somehow it spreads like a lake-effect storm. It is true Utah has dry air and therefore, equally dry snow. However, the truth about a dry state ends there: whetting your whistle in our high desert is not only easy, but ripe with plenty of craft beer options. Ski bums are to blame for spreading the rumor about the lack of barley-pops available for après sudsing: How else could we keep lift lines short? But, when the Huffington Post posts an article titled “Utah is Beer Lovers Paradise” it’s time to let the truth out of the bottle –er bag.

Mythbusting 101
First off, one of the myths Utah locals have used for years, decades even, to prevent too many people from moving here is that Utah beer is watered down. Sure, most tap and convenience store beer is 3.2% - a catchy number, but the only thing consistently under 4% in our state is the water content of our snow. You won’t find much difference in a PBR, Bud or Corona in Utah or anywhere else.

Session beers?
How can Utah brewers make “damn fine beers” (Squatters slogan, not mine) at 3.2%? Not just because they have to, but because consumers who are beer geeks, professionals or perhaps moved out of the frat house a few years ago, demand them. Anyone can pump up alcohol in beer, which can be akin to a restaurant slapping on a spicy sauce to hide underachieving flavors. Plus, at our high elevation, after two “weak Utah beers” you’ll be feeling them. And if you are used to the elevation, you’ll enjoy the ability to have 3 or 4 in a session while still holding it together. Thus, the session moniker. Utah Pale Ale from Desert Edge and Squatters Emigration Amber are incredible examples of session brews.

High Point
But if you want to find something to knock your Smartwools off, look for something epic – Epic Brewery, specifically. Found only in large 22oz bottles, with some varieties north of 10% alcohol content, these puppies are as tasty as they are potent. This craft brewer is located downtown Salt Lake, in a remodeled former restaurant, with plans to expand to a Denver based brewery as well as a pub in the Sugarhouse neighborhood of Salt Lake in the coming year. Utah beer poised to takeover the Colorado scene? You betcha! Epic’s barrel-aged brews give the extensive Colorado craft beer scene a run for its money. The best part? Epic isn’t the only one making high point.

Microbrews
Epic is just one of eighteen microbreweries in Utah, some of which, such as Uinta Brewing, are popular both in and outside the Utah border. Amble into your favorite Williamsburg, Brooklyn taproom or Portland, Oregon bottle shop and it entirely likely to see Uinta’s Hop Notch IPA not only on the shelves, but a featured selection. Uinta is a great example of a brewery that stays ahead of the curve. All of Uinta’s brews are made from clean energy wind and solar sources. This March, they will be releasing some of their popular brews in environmentally friendly cans, sure to be popular with tailgaters and campers. Uinta, like Epic, is planning ahead for Utahns increasing thirst with a $12 million dollar expansion, tripling their current production capacity. Judging from the amount of awards Uinta takes home from national beer festivals each year, this will be a smart move. Red Rock Brewery is also expanded to multiply their efforts as well – proof the beer industry in Utah is hopping.

Where to Sip
Producing beer is only one side of the bottlecap. Consuming, now that is the fun part – right? Having over a dozen breweries means we also have as many, if not more, tasting rooms. Squatters has a great roadside brewhouse in Park City, close to Park City Mountain Resort, in addition to their original brewery downtown. To honor Alta’s 75 Anniversary, Squatters produced a limited run of Alta Ale – don’t miss it. Wasatch Brewery sits at the top of Main Street in Park City and has as inventive marketing as they do beers – take the Polygamy Porter for example, which urges you to “Take Some Home for the Wives”.
All of the Utah beers are available at either grocery & convenience stores, or State Liquor Stores if you are looking for stronger, higher alcohol content beers. You can also find a wide range of out of state brews – some favorites include the Deschutes, Chimay and Sierra Nevada.

The Beer List
Several bars have amazing beer lists that cover the Utah scene well in addition to interesting and rare finds from all across the world. The ice-rimmed bar at Beerhive on Main Street in Salt Lake City has hundreds of beers from light ales and lagers to Belgian style Trippel’s and barley-wines that pack a serious bang for the buck in alcohol content. Some of the hoppiest Imperial IPA’s can be found just down the road at the Bayou, amidst the ambiance of great live jazz music and a Cajun influenced menu to match. If it were not for the dry air, you’d think you were in the humid climate of New Orleans. Maybe we are a dry state after all; even the air is thirsty. Bonus points for both Beerhive and Bayou: each style of beer is served in the proper glass, whether it is a pilsner glass or snifter. It’s truly an experience for beer connoisseurs.

Awards
A quick glance at the awards list from the Great American Beer Festival, World Beer Championships, Pale Ale or North American Brewers Association Awards and you’ll see Utah’s breweries such as Squatters, Red Rock, Moab and Wasatch Breweries alongside states with a reputation rumored to be “beer-topias”. But, we know rumors are not always true. When it comes to winning medals, Utah, which hosted the 2002 Winter Olympics, has earned its place on the podium. Cheers! 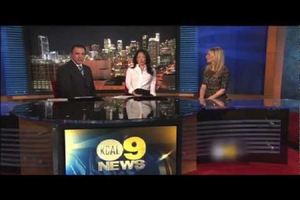 Powder Mountain - Steeper and deeper than you think

It's about the pants. . .snowboarding lessons at Brighton!