Behind every cover shot, Instagram takeover, and sprawling two-page spread, there is a photographer shuttering away. These often overlooked artists are responsible for showcasing the best snowboarders, snow conditions, and terrain that Utah has to offer.

We’ve highlighted three snowboard photographers--Rebekah Stevens, Ben Girardi, and Sean Kerrick Sullivan--who call our state home. Each of them shared a little bit about what it’s like to shoot and live here. 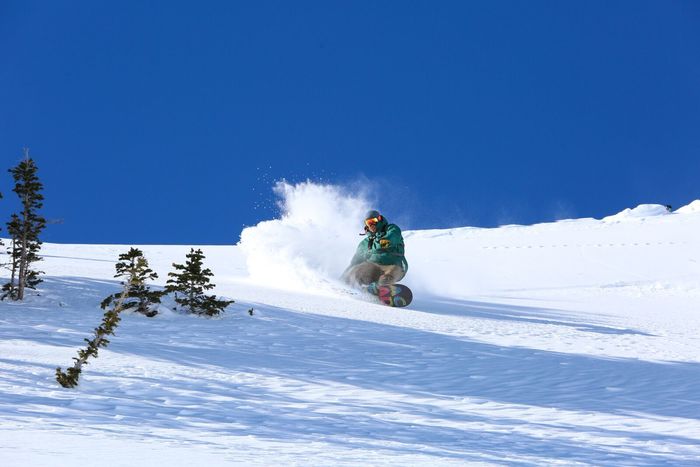 Rebekah Stevens worked her way up from reservationist to marketing manager at Park City Powder Cats, a position combining her experience as a guide and a photographer. Now she shoots full-time for the private ranch in the Uintas backcountry.

“For me, that turned into working with Park City Powder Cats in the winter,” she says. “It’s opened up so many avenues for me. I get to shoot a lot of athletes, and host magazine staff doing pieces in this little piece of heaven.”

“What’s unique about my position is that I get to spend the majority of my time out there,” adds Stevens. “I don’t have to deal with the parameters you have to work with at resorts.” 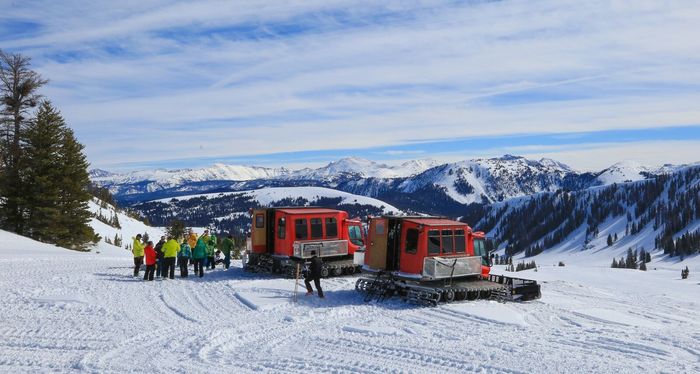 Because the proximity of the Wasatch draws so many photographers and athletes, few people shoot in the Uintas, Stevens notes. As a result, she’s not competing with other photographers to get more or less the same kind of shots. She calls the Uintas an “open canvas” and because of her role at Park City Powder Cats, she has exclusive access to capture it.

“Because there’s no real boxes I’m put in, I get to call athletes and ask if they are interested in doing a shoot for me,” she points out. “I can do sunrise and sunset shoots up there while we’re out our snowmobiles. I can look for the the best light, the best trees. It’s a really cool backyard to play in.” 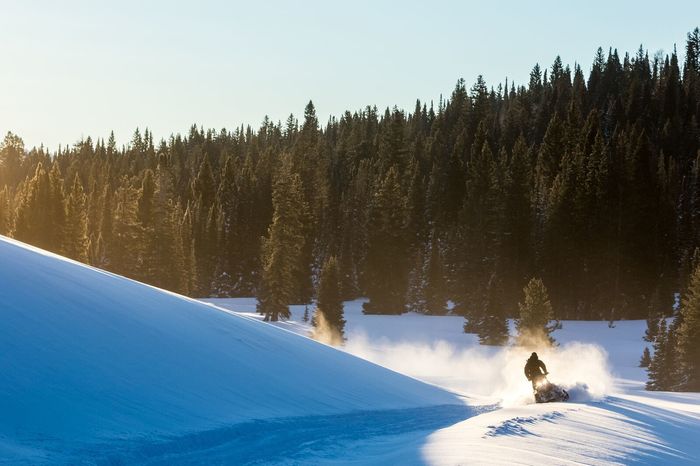 Ben Girardi spends a huge amount of time on the road, shooting for magazines and other editorial venues. We asked him to give us an example of a normal winter day, which evidently includes a lot of driving, not a lot of sleeping, building jumps, and shooting with incredibly talented snowboarders in the Utah backcountry.

“Usually I get a text message from an editor, ‘Are you available this day to be in this location for these days? The snow is good’,” Girardi explains. For example, while he was in Canada on a Saturday, he got a text asking if he could make it to Logan, Utah by Sunday morning. He drove through the night, and slept in his car for four hours.

“It was luckily a storm day, so we were building jumps all day,” he says, “but I was working with a new crew so I wanted to meet up with them. It’s not super-crucial to be there on build days but shows that you’re willing to put in time.”

“We spent most of the day building, and scoping out spots where the sun would break,” he adds. “I was out all day, drinking coffee and shooting behind-the-scene photos, like people carrying blocks for the jumps.” 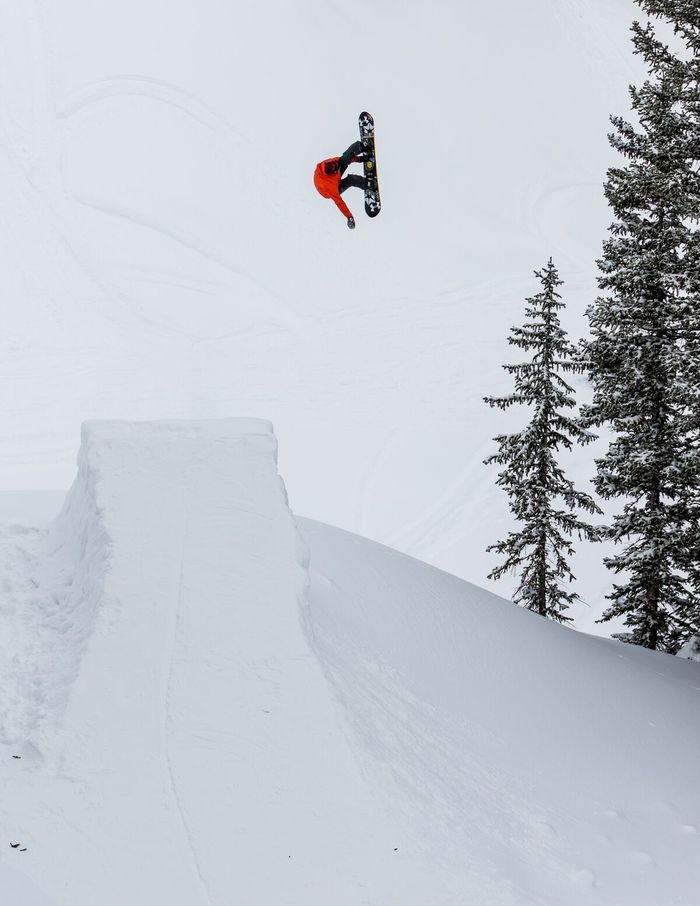 After a night at the Econo Lodge, Girardi got up at 6am, packed his car, gassed up his snowmobile, had breakfast and coffee, drove up to the trailhead, loaded up the snowmobile, and sledded up to the shoot by 7am. First, he shot riders dropping into a couple of steep, freeride lines in the morning sun. Once he finished, the entire crew moved onto the jump they built the day before.

“For this shoot, we built two jumps,” he explains. “We hit one all morning, then we got lunch. In the afternoon, we moved onto the second jump. Usually jump sessions don’t take too long, maybe an hour or two, unless it’s a big jump with a big landing. After the second jump, we typically start to build another jump for the next day.”

Backcountry booter sessions like this are weather dependent. Because Girardi and the riders live in the Salt Lake City area, they can come home during stormy days and drive back on sunny days. Sometimes they’ll do this in a multi-day stretch, or pull a long day of shooting and driving. 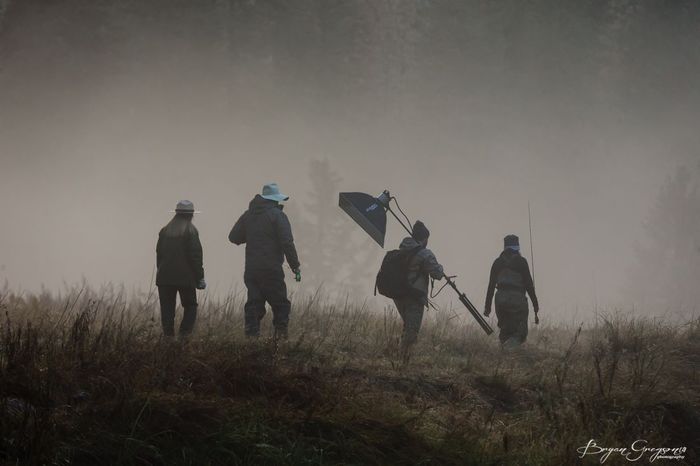 “I don’t like interviews; I like lists,” says Sean Kerrick Sullivan. Instead of describing how he got into photography or what his days of shooting look like, the Salt Lake City photographer would like to give you some beta about the best lenses and locations places to shoot, the apps to edit and publish your photos, and more. Enjoy this insider knowledge in a collection of Sullivan’s Top Five Lists.

2.) Mid-range lens. The 50mm is the most important lens. It’s kind of like the human eye, and it’s the lens that teaches you how to create good composition.

3.) Longer range telephoto lens, 70-200mm. It’s an extension of the 50mm. It creates great composition, reaches places you can’t get to, and opens up a lot of different angles.

5.) Telephoto lenses. Stay away from extenders because they are not that sharp.

4.) Photoshop: I use it for stitching panoramas together.

5.) Photographer’s Emphemeris: You can check it out anywhere in the world, and get information about sunrise, sunset, and phases of the moon.

5.) Warm gear. Know your body and learn what kind of gear it takes to keep yourself warm all day and all night. 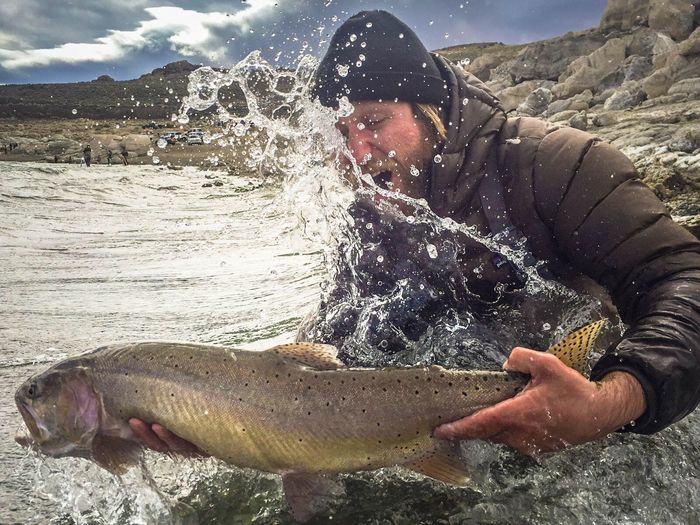 3.) Being the keynote speaker for Colorado Mountain College’s 2016 Graduation.

Working on new aerial projects with my drone.

5.) General exploring via foot or motorcycle or roadtrips.

4.) The desert. If it snows down there, the scenery is unreal.

5.) Snowbird. It’s got some of Utah’s craziest terrain and they don’t discriminate like their neighbor. 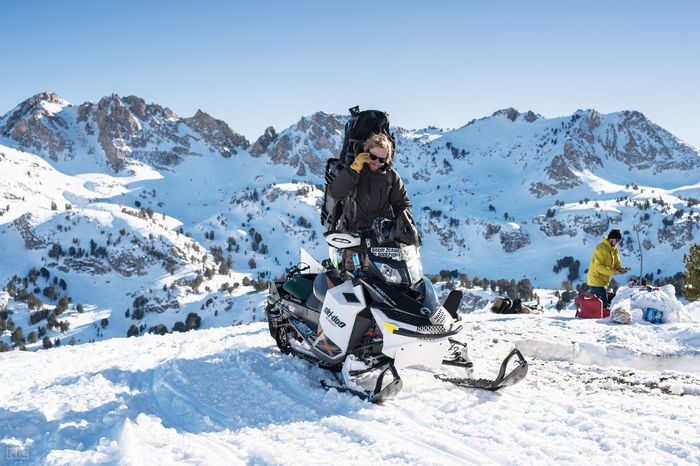 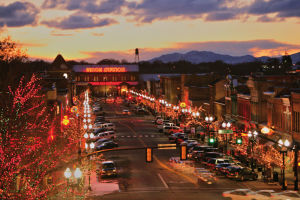 Small plane to the desert for the day? Why not?!