Park City has splashed national headlines over the last couple of months. All the speculation and chatter in regards to the fate of one of Utah's most iconic ski resorts, Park City Mountain Resort, can now be put to rest. Today, Vail acquired Park City Mountain Resort for $182.5 million. While this may come as a surprise with winter just around the corner, it's an exciting move which signals that Park City Mountain Resort's ski season will officially kick off November 22nd. While locals may be surprised by this news, we can focus on world-class skiing in Park City rather than litigation. So let's move forward and get ready for an incredible ski season in Park City and beyond. Stay tuned, with more details to follow, but a Park City Mountain Resort/Canyons connection would signify the largest resort in the US which Vail has their sights on for the 2015-16 season.

"Ski Utah and the state's entire ski industry are relieved that the uncertainty of Park City Mountain Resort ownership has come to an end. We offer our sincerest appreciation to the Cumming family for their dedication and vision. We also recognize former Ski Utah board chair and PCMR General Manager Jenni Smith for her leadership in helping Park City evolve into one of the world's most iconic ski destinations. Ski Utah has a long relationship with Vail Resort executives Mike Goar and Blaise Carrig, both former Ski Utah board chairs. We look forward to working with them and the entire Vail Resorts team to further the legacy of PCMR and to add to Utah's position as one of the premier brands in North American skiing. Additionally, we're also excited to hear of Vail's intent to pursue the connection between Canyons and PCMR, making Utah home to the largest single resort in the United States."

A few quick facts to clarify:

All Park City Mountain Resort passes for the 2014-15 ski season will continue to be honored and can be exchanged or upgraded for a season pass that will also be valid at Canyons. The majority of all lift tickets sold at either resort will be valid at both PCMR and Canyons.

Park City is now Epic, which means that your Epic Pass is valid at Park City Mountain Resort.

Epic Local Pass holders will have access to Park City Mountain Resort with restrictions to be determined at a later date. We'll keep you posted

All current Park City Mountain Resort employees, from management, to lift operators, will be assured their jobs this year.

For more info and to read the following coverage of this story, click here. 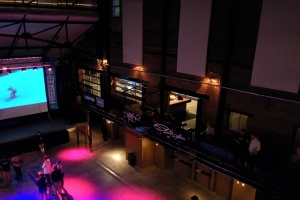