At 6:00 a.m. on Tuesday, September 15 history will be made in Utah when the first flight, bound for Atlanta, pushes away from SLC Airport’s new $4-billion terminal, The New SLC. Despite challenges presented by COVID-19 and a 5.7 magnitude earthquake, this first phase of SLC Airport’s massive reconstruction project opened to the public on time. The project’s second phase—the terminal’s Concourse B west—opens just six weeks later, nearly two years ahead of schedule. The new terminal complex replaces one built in 1960 that was literally crumbling under the pressure of being ranked the twenty-third busiest airport in North America.

Power Plug Ins at Every Seat

Power Plug Ins at Every Seat

Planning for the world’s first new hub airport of the 21st century began more than 20 years ago, resulting in a facility that’s easy to navigate, chockful of passenger amenities and an apt reflection of Utah’s well-known natural beauty. Following is a rundown of what you can expect on your next visit to The New Salt Lake City International Airport.

The number one request from two years of passenger surveys used to design The New SLC? Better Wi-Fi. As such, the new terminal has been installed with a robust Wi-Fi system and power plug-ins are located at every gate waiting area seat. Other amenities include:

“We really took to heart locals’ requests to see the state’s beauty reflected in the terminal’s art and architecture,” says SLC Airport Director of Communication and Marketing Nancy Volmer. The terminal’s showcase art piece, The Canyon, greets passengers traveling from the arrivals lobby to where the terminal intersects with Concourse A (and vice versa), a grand space flanked by 50-foot-tall windows framing views of the Wasatch Range called the Plaza. Comprised of more than 500 unique membrane fins, the striking football-field-sized installation is artist Gordon Huether’s vision of an undulating canyon. Huether is also responsible for The Falls, a dichroic- and hand-pulled glass sculpture cascading the length of the three-level escalator well adjacent to the ticket counters. The work of 18 local and national artists was reproduced to adorn the walls of the new terminal’s 24 restrooms as part of the Whimsy Walls art project. Salt Lake City-based artist, Traci O’Very Covey, was one of two artists selected to paint murals along the terminal’s mid-concourse tunnel. Even the terminal’s finishes reflect the Utah landscape: the terminal’s ochre-hued exterior siding is reminiscent of southern Utah’s redrock deserts, sage green-flecked terrazzo flooring was used in the concourse walkways and the patterns in the gate waiting areas’ carpeting reflects the Wasatch Range’s craggy profile.

Restaurants with local ties that were popular in the old terminal, like Market Street Grill and Squatters Brew Pub, have reopened in The New SLC and are joined by Salt Lake-based Pago, White Horse Spirits & Kitchen and Fillings & Emulsions. Other dining options include Shake Shack and Panera Bread. All will emphasize fresh, high-quality and, when possible, locally sourced ingredients, as well as more vegan, vegetarian and gluten-free options than was previously available at the airport. Retailers range from big brands such as LEGO, MAC Cosmetics, COACH and Frye to the eclectic local boutique, Hip and Humble. But likely the biggest difference regular passengers will notice at The New SLC is the implementation of street pricing. What this means is that everything sold there is priced the same as it is outside of the airport in the “real” brick-and-mortar world. (The markup at many airport restaurants and shops usually ranges from about 10 to 15 percent above street pricing.)

A Focus on Sustainability

Though the mandate for construction of The New SLC was for it to achieve LEED Silver status (LEED is an internationally recognized system for certifying a building’s efficiency and environmental sensitivity.), in the end the building reached one step higher and was awarded LEED Gold certification. Some of the features that took The New SLC above and beyond in sustainable functionality include an electric-powered ground support vehicle fleet, saving 8,000 metric tons of greenhouse gases from being released into the atmosphere per year—the equivalent of taking 17 vehicles off the road; start/stop sensors allow the seven-mile-long baggage conveyor system to shut down when no bags are present, versus traditional baggage systems that require constant operation; the entire complex is outfitted with an über-efficient Zoned Displacement HVAC System, which also yields much better indoor air quality than a traditional HVAC system; and windows in both the terminal and concourse buildings are oriented in a northerly direction, reducing radiant heat while allowing for maximum natural light-harvesting.
In February 2020, thanks to a strong economy and a fantastic ski season, a high of 30,000 passengers were passing through the SLC Airport most weekends, with an average of 380 departures and arrivals to 96 nonstop destinations per day. Just one month later as COVID-19 made landfall in the U.S., that number plummeted to barely 1,500. The silver lining to the lull in travelers during COVID-19? The new airport's Concourse B west will be opening in October 2020, nearly two years ahead of schedule, thanks to the temporary decline in airport traffic. Over the last few months, travelers are slowly but surely regaining some of that “before days” confidence to fly again, and The New SLC is ready. The new terminal is designed to not only handle the 28 million passengers that previously passed through it annually but the 43 million that are forecasted to visit the terminal annually by 2037. 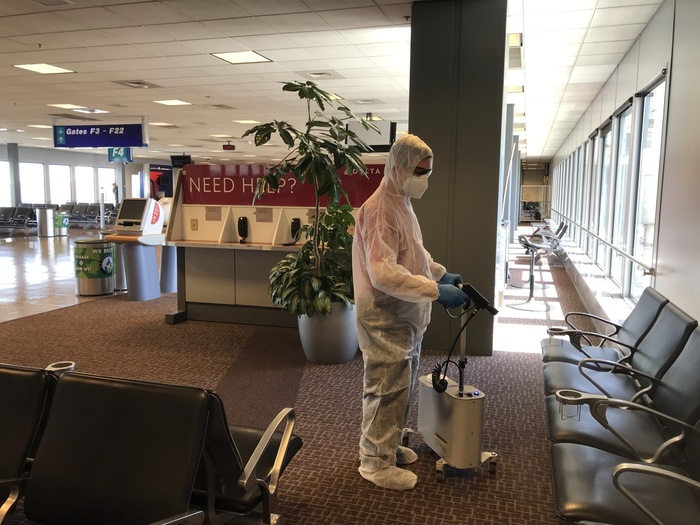 Safe Travels in the Pandemic

Along with The New SLC’s thoughtful amenities, stunning artwork and high sustainability standards, both the airport and the airlines are making huge efforts to ensure the safety of staff and passengers amid the COVID-19 pandemic. As part of SLC Airport’s Fly Healthy Promise, the airport’s high-touch areas—moving walkways, stair and escalator handrails, doorknobs, light switches, elevator buttons and seating areas—are disinfected regularly throughout the day; restrooms receive frequent sanitization; hand sanitizer stations have been installed throughout both the old terminal and The New SLC, and all airport staff are required to wear face coverings when on the job.

For the airlines’ part, aircraft sanitization schedules have been sharply increased; both ground and aircraft personnel are armed with hand sanitizer and sanitizing wipes; many airlines are limiting cabin capacity; and all airplane crew members and passengers are required to wear masks at check-in, in gate waiting areas and while aboard planes. Some airlines have even launched new divisions to uphold cleaning standards, including Delta Air Lines’ Global Cleanliness Division and United Airlines’ United CleanPlus.

Beyond sanitization and health and safety protocols, airlines are also offering unprecedented cancellation and rescheduling options. With a brand new airport, thorough cleaning procedures, and never-before-seen airline ticket flexibility, we might just dare to say that this winter may be the best time to travel to SLC yet.
News Locals' Knowledge Events 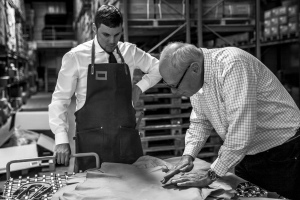 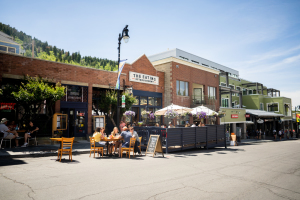 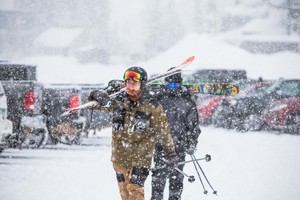 Submit Your Comment on the Little Cottonwood Canyon Gondola 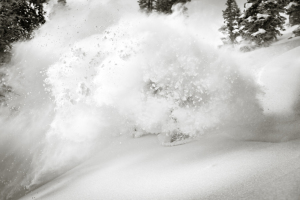 Breaking Down The Greatest Snow on Earth® 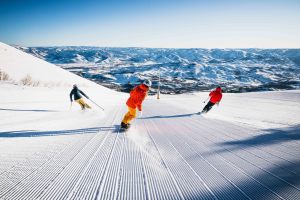