This is Ski Utah guest blogger, Amy David. Throughout the Wild Women of the Wasatch series, I’ve been featuring women of various backgrounds who all find happiness through outdoor sports in the Wasatch range. This episode includes a unique type of mountain companion many of us have had the joy of experiencing. The good old canine companions.

Dogs are incredible cohorts to have in life. The women of this episode have a special connection to their pups who mutually enjoy romping around the mountains. Meet several gals with inspiring stories connecting them to their dogs while in the mountains, and catch a glimpse of many other women having fun with their dogs. 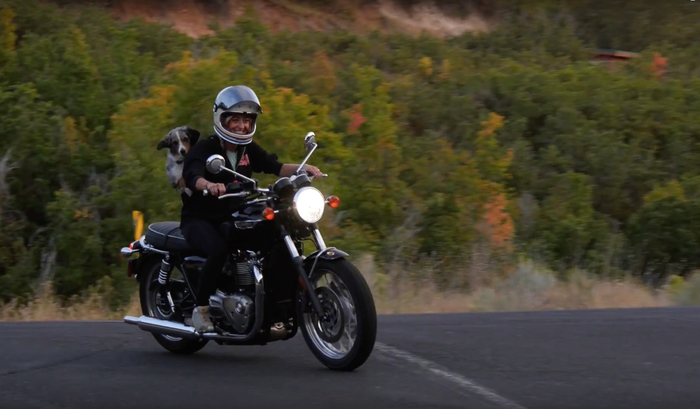 Connection is a word that reminds me of Savannah. She is connected to mother nature, she easily finds connections to the people she interacts with, and she is extremely connected to her dog Corbet. This pair’s connection runs even deeper than being a furry friend. Corbet is Savannah’s seizure response dog. He is trained to recognize signs of an oncoming seizure and warn her, go get help if needed, and retrieve medications. Service dogs form a very strong bond and intuition with their owners, and this is clear with Savannah and Corbet who spend a majority of their free time romping around the mountains together with trail running being a go­to adventure activity. When she rides her motorcycle, Corbet cruises along in a backpack resting his nose on her shoulder enjoying the wind. With her caring nature, Savannah is building a career as a nurse.

“Basically I never feel alone. I wake up and I feel like my best friend is there. I think what I want to share with the public about having a service dog is that animals can become helpful medically, spiritually and mentally.” 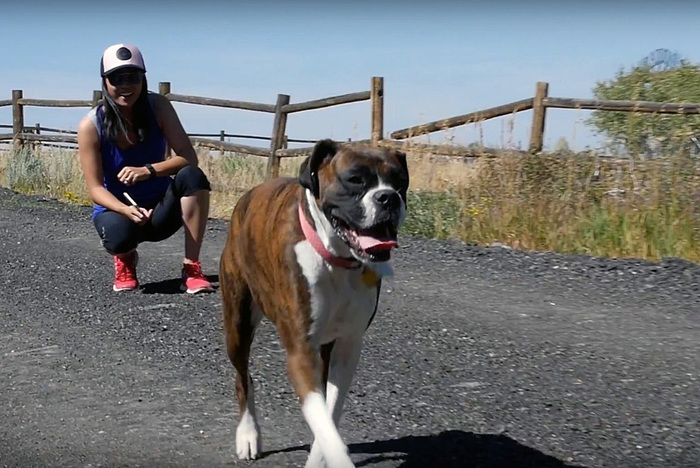 “It’s great to see other women who value that same lifestyle and have those same hobbies. It’s great to see a growing community of these women who are not scared to go out there and hit it with the guys and charge big and kill it.”

As a media expert, new mother, and outdoor enthusiast, Annie Cutler Davis is quite an advocate for women chasing their ambitions with vigor. For several years, Annie informed the public of local news as a TV reporter in Salt Lake City. She took her on­camera experience to benefit young girls as she created and ran the Miss Media program for the Girl Scouts of Utah. The program taught girls to eloquently communicate their messages while being poised and personal either in front of the camera or a larger group of people. Recently, she worked in marketing for Sundance Resort and is now focusing on her daughter who recently joined the life party eight months ago. She aims to raise her daughter with the friendship of their dog Piper who is a flashy brindle boxer.

“Having a kid has made me focus on getting outdoors more. It’s a lifestyle I want to instill in my daughter.” Lucy is an all time shredder chick. Hands down, she simply sends in whatever realm from telemark skiing to downhill mountain biking. This past summer she entered her first Enduro mountain bike race and placed second. She’s also a nurse. When Lucy isn’t out riding around the mountains, you can find her taking care of patients at the Alta Clinic or in the Sun Valley hospital. She’s a kind, intelligent and wild woman getting after it. Lucy’s most common compadre on the trails? Her furry friend, Rustler. She got her Aussie­Heeler­Border Collie pup three weeks after moving to Salt Lake City and they’ve been inseparable ever since.

“He’s really in tune with my emotions. If I crash he’s right there next to me, but he’s just as stoked to be running down the trail as I am.” Sharon has a PHD in Public Health, and she currently works at the VA Medical Center assisting student researchers access data records for their studies. After spending the full day indoors managing data, Sharon explains how refreshing it is to breathe in the crisp mountain air while taking her dog Hozho on hikes. Her approach to life has been highly influenced by her Navajo background. Hózhó is a Navajo word translated as peace, balance, beauty, and harmony. Hozho is the way we should aim to live our lives.

Sharon adopted Hózhó from Salt Lake based Rescue Rovers Dog Adoptions. The same woman who founded Rescue Rovers also runs the Kudos 2 Canines training facility in Salt Lake City where Hozho is learning the ropes to being a well trained pup. They specializes in Therapy and Service Dogs with the philosophy of utilizing positive reinforcement techniques and interacting with the dogs in a loving and fun manner.

Before you take your pup into the Wasatch mountains, be sure you know which canyons dogs are allowed. The Wasatch has several important watersheds where the population's water supply comes from, so dogs and other domestic animals are not allowed in certain canyons including Big and Little Cottonwood Canyons, Parley’s, Dell, and Lamb Canyons, and City Creek Canyon above the water treatment dog line. There are many other wild areas to romp with your dogs!

The leaves are beginning to change color, and the air is feeling a bit more brisk. Fall is a great time of year in Utah to explore the various environments which build the anticipation for the first snowfall. Stay tuned for the upcoming Wild Women of the Wasatch episodes which will be featuring more winter loving women with inspiring stories.

Until then, keep up with the adventures of Utah locals on Instagram at @SkiUtah and of myself at @AmyJaneDavid. Thank you to @CroshaneMedia for filming and editing this video.

If you missed the previous episodes, take a look here: