The Wasatch is going off right now! Five consecutive weeks of storms have made for some of the best riding conditions in recent memory.

This past week was no different. An “atmospheric tsunami” was unleashed on Utah starting last Thursday and ending sometime early Saturday morning. Temperatures spiked as the tropical moisture reached the Wasatch, raising snow levels to almost 9.000 feet for the first few hours of the storm. Some people, i.e. Powderhound Matt, were freaking out over the initial wave of rain. While others, i.e. myself, were stoked that at least the upper elevations were seeing some snow. Snow levels eventually lowered enough that most resorts saw a good bit of dense, creamy snow overnight. Around noon on Friday, a wave of arctic air slammed into the Wasatch, delivering wind, thunder and lightning, some apocalyptic storm clouds… and snow.

Lots and lots of snow.


I was at Alta on Friday and got a first-hand view of the phases of the storm. Check out the video starting with creamy pow laps in the morning, a mandatory lunch break while it thunder-snowed, and ending with blower pow turns in a three-inch-an-hour storm.

The storm continued and we awoke Saturday morning to some impressive numbers on the Ski Utah Snow Report.

While the snow totals were impressive almost everywhere, Powder Mountain immediately stood out as the place to be on Saturday. With the brunt of the storm hitting on a Friday afternoon, it was safe to assume the Wasatch was going to be busier than usual for mid-December. And since “Pow Mow” recently became the largest ski area in North America with 8,400 skiable acres, we figured we’d find more than enough fresh tracks to go around.

Boy, were we right! 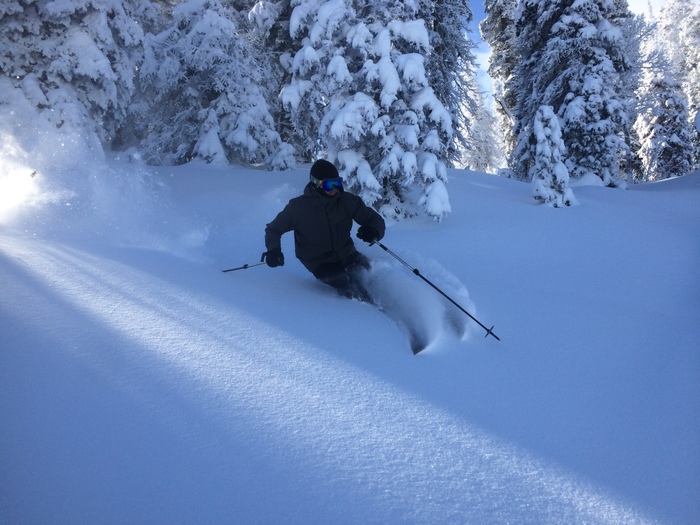 We were hoping to catch the season-opening of Paradise Lift, Powder Country, Lightning Ridge Cat Skiing, and maybe get the first glimpse of the two new chairs, Village Lift and Mary’s Lift, we mistimed our visit by a day or two. Luckily, it didn’t even matter. We parked at the top of Hidden Lake Express and without even taking a lift, skied untracked pow all the way down to the chair. Where else on Earth can you do that?

We spent the entire day lapping Hidden Lake Express and the Sunrise and Saddlehorn Surface Lifts. We found some deep pow, skied some trees, jumped off some things, and while we drooled over the thought of first tracks in Powder Country, we managed to find untracked snow on every lap. Check out the little edit from Saturday with Kevin Learned, Kyle Losik, myself, Buck from the Shooting Star Saloon, and the music of Codi Jordan, the son of a Powder Mountain employee, lifelong Pow Mow shredder, and native of the nearby town of Eden, Utah.

From a broader perspective, Utah’s snowpack is looking good. The extra moisture from the recent atmospheric river and “atmospheric tsunami” have put us well above our average snowpack, based on Snow Water Equivalent (SWE) heading into the holiday season. Evan Thayer of Wasatch Snow Forecast has a great post outlining our snowpack on his site. 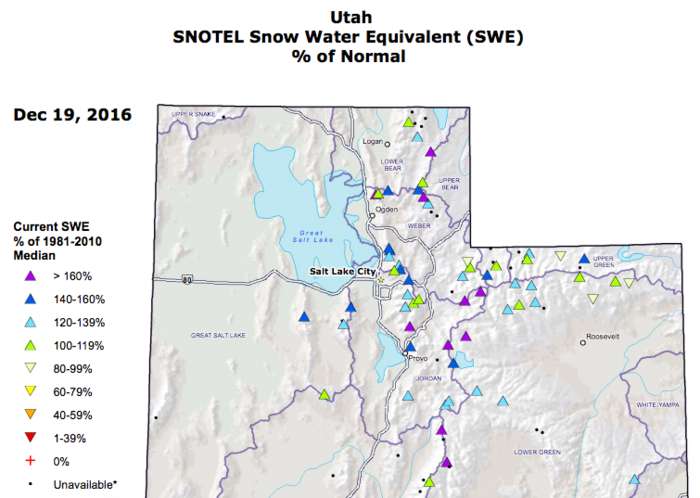 A quick look at the most recent Wasatch Snow Forecast post suggests another storm could make its way to Utah this weekend. In which case, we could be looking at a white Christmas again this year. Don’t be surprised to see Santa “sleighing” all week in the Wasatch.

See you on the slopes... or at least the slope-side après spot! 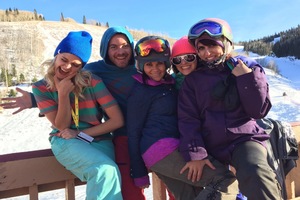 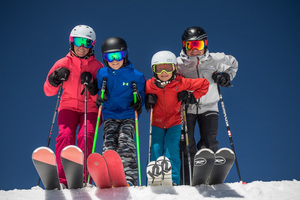