I recently returned from a quick weekend trip to Jackson, Wyoming. While I’m sure there was some great wildlife to be seen in Yellowstone, some fall foliage to peep on Teton Pass, or even some cool Southwestern jewelry on sale in Town Square, I was there for one reason: to celebrate the start of Ski Movie Premiere Season.

Ski Movie Premiere Season kicked off Saturday, September 15th, 2018 in Teton Village, Wyoming, the longtime home of ski movie makers Teton Gravity Research (TGR). This annual celebration has become a can’t-miss event for those looking to bridge the time period between summer and ski season known as Ski Movie Premiere Season. The TGR film was great, but the real highlight was seeing lots of ski-friends and celebrating the culture of skiing with friends and strangers. Even in another state, there's a palpable bond that unites the community. Skiers and snowboarders sure know how to have a good time, and without powder days or dawn patrols that require curfews and multiple alarm clock settings, there's a pretty good chance that the celebration of skiing runs late into the night.

Consider it training for the upcoming après-ski season.


Aside from the social aspect, Ski Movie Premiere Season is the time of year to do some soul searching before winter. Reflect on previous ski seasons highlights and follies and start making plans for the upcoming year. Where should I get a pass? Ikon, Mountain Collective, Epic, or the local hill? What destination ski trip should I book? Is this the year I finally ski some JaPow? How do I get to ski AK with the Collinsons? What new skis should I buy?What outerwear kit should I be saving up for? The time between summer and winter is perfect for making these important decisions. Ski films are the best place to look for these inspirations.

Utah’s Ski Movie Premiere Season kicks off this week when TGR brings their latest film, Far Out, to Red Butte Gardens on Wednesday, September 18th. Below I have listed the films I’m looking forward to the most. I'll add more as they are announced. I include some expert tips on how to make the most of each event, drawn from my extensive experience. For more in-depth reading check out my posts from past Ski Movie Premiere Seasons:

2017 - Be Pro-Active: Making the Most of Ski Movie Premiere Season

This has become one of the best events of Ski Movie Premiere Season. The outdoor venue at Red Butte is an ideal place to watch TGR’s latest film. Sponsor booths, food trucks and gear tents are everywhere. Athletes will be signing autographs. This is an all-ages show, so families are welcome. The best part: Red Butte is BYOB, so grab some blankets, pack a picnic basket, bring your favorite fall cocktails and watch the ski stars shred big lines under the stars. There may even be an after party in nearby Sugarhouse or downtown Salt Lake.

9/22: MSP Films presents All In at Snowbird’s Cliff Lodge

New to Utah, Matchstick Productions (MSP Films) has selected Snowbird to host their World Premiere of All In. The movie will be shown at Snowbird’s beautiful Cliff Lodge. With Oktoberfest going on all weekend, plus biking and other Bird activities, you might as well make a weekend out of it. I’m planning on riding mountain bikes on the Big Mountain Trail and hitting up Oktoberfest before the film. I imagine the The Tram Club could be a fun place to meet up post-screening to discuss the film and celebrate the upcoming season. A relaxing day at The Cliff Spa may be in order for Sunday.

Level 1 Productions has been documenting some of the best skiing for nearly two decades. With more of a focus on urban skiing and backcountry booters than big Alaska lines, these films tend to draw a slightly younger audience, but the skiing and production are top notch. Local ski filmmakers, Good Company, will be showing a short film Stray Dogs as well. The Complex is a fun spot to watch the film, open to all ages. There are plenty of potential after party spots nearby.

The annual Warren Miller movie seems to always mark the "unofficial start to winter." While no longer home to the world premiere of the film, Salt Lake still knows how to show up in droves. These films are always a good time, plus there are always some great discounts and gear giveaways. The theater doesn't serve alcohol, so make sure to pregame with some dinner and drinks nearby. Last year's afterparty at Urban Lounge was a blast.


For more films shown in the SLC area, visit the Yeti's post. 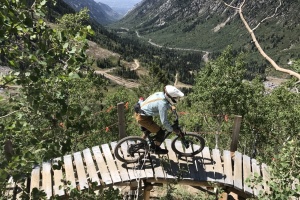 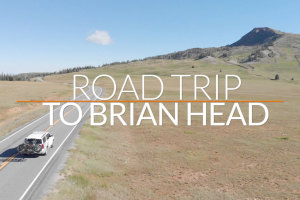 Off the Beaten Path: 5 Unique Places to Stay in Utah