My ski season is done! For those of you keeping score at home, here are the final numbers:

With my ski season finally concluding on the Summer Solstice, it’s time to start getting in shape for next ski season. And what better way to get in shape than to hike and run around the now snowless peaks of the Wasatch.

While I moved to Utah in order to ski every flake of our 500-plus inches of annual snowfall, I wound up staying here for the summers in the mountains. I mountain bike a lot, but in the past few years, I have fallen in love with hiking up and running down trails in the high alpine. Some people call it trail running, my bike-snob friends make fun of me by calling what I do Adventure Walks. Either way, it’s a damn good way to get some exercise and take in the beauty of Utah’s mountains.

My original foray into trail running was inspired by local legend Julian Carr, the founder of both Discrete Clothing and the Cirque Series, a series of trail running races in Utah, Colorado, Idaho, and Alaska. A pro skier born-and-raised in Utah, Julian developed a passion for trail running as a form of training in the off-season. Two summers ago, Julian talked me into competing in the Cirque Series race at Snowbird. At the time, it was my first running race, and the longest distance I had ever run. It wound up being one of the hardest workouts I’ve ever had, but the finisher’s hat and cold beer at the finish line were the perfect rewards.  I have done at least one race every summer since.

I’m not alone in my newfound passion for trail running. Many skiers, snowboarders, and other outdoor enthusiasts have discovered trail running to be a great hobby and training activity in the off-season. The community is growing rapidly and the number of events that bring the community together is increasing in strides. In fact, there are over twenty trail running races in Utah between now and the end of September.

I recently made it up to Brighton to check out the first Cirque Series race of 2018. Over 500 competitors signed up and attempted the 6.7 mile, 3015 vertical foot course, summiting four peaks in Big Cottonwood Canyon... The course was steep. The pain was real. But the stoke was high. Check out a few clips from the Cirque Series - Brighton, including the winning time of an unfathomable 1 hour and 6 minutes.

Don’t worry if you missed the Brighton stop, because the second Cirque Series race takes place Saturday, July 14th at Alta Ski Area. It’s going to be 7.1 miles and 2,545 vertical feet of fun! Justin Morgan and I did this race last year and had a blast, mostly because we submitted Baldy, clicked into skis and boards and took a shortcut down Main Chute. That’s not an option this year, but when you can’t ski, trail running is still a fun way to get down the mountain, especially when you don’t have skis on your back.

Need some help getting into trail running? Here’s a quick breakdown of my top 10 trail runs in Northern Utah. I organized them by difficulty, from mellow to hateful. If you’re just starting out running, pick out one of these trails, lace up the shoes, and just start moving uphill. Don’t be afraid to walk or hike sections, sometimes a steady hike is more efficient than a slow jog. Do what works for you, get out there and push some peaks.

The Bald Mountain hike of the Mirror Lake Highway is a great spot for a quick hike to some incredible viewpoints. At 11,943 feet, Bald Mountain is the seventh-highest peak in Utah, higher than any peak in the Wasatch. It’s also the most efficient way to acclimate yourself to high-elevation cardio.

A sunset hike to Clayton Peak is one of my favorite activities in the summer. Park at the top of Guardsman Pass and head up a steep trail to Peak 10,420. Jog down to the saddle and see how far you can run up Clayton’s before your lungs and legs explode. Once you catch your breath, the rest of the hike is a ridgeline scramble over boulders. From Mount Timpanogos to the Heber Valley to Brighton to Park City, the views from the top of Clayton Peak are endless. For a fun variation, scramble down the scree field to Lake Lackawaxen, then down to Bloods Lake, before a quick hike back to the parking lot.

Starting at Church Fork in Mill Creek Canyon, this popular out-and-back trail is a great place to trail run with friends or fur-babies.

This is a great trail for pushing yourself as far as you’re feeling it. It’s possible to turn around at Lake Mary (around two miles round trip) or take it beyond Catherine’s Pass to Mount Tuscarora, Mount Wolverine, and down to Twin Lakes Pass, before descending past Twin Lakes on the loop back to Brighton. I like to head towards Twin Lake Pass before descending past Lakes Catherine, Martha, and Mary.

While not nearly as intense as the South Ridge of Superior (of Instagram fame), this hike/run/scramble leads to one of the most iconic peaks in the Wasatch. There is a little exposure on the ridgeline to the summit, but nothing unmanageable. Connect onto Monte Cristo and double your daily peak bagging quota.

Resting under Sundial Peak, this alpine lake is one of the most photographed places in the Wasatch. This is a personal favorite for the segmented climb, the lakeside views, and the fun trail run back down.

Starting just off Wasatch Boulevard on the east bench of Salt Lake City, the trail to Mount Olympus is a great way to push a prominent peak, but still, have a little bit of oxygen in your lungs. Topping out at under 9,000 feet, this is a great trail to push yourself. Start early in the summer, the heat can be oppressive.

This iconic peak is a must for any Wasatch adventurer. It’s a trek, but the terrain varies considerably along the way. Wooded trails, alpine lakes, boulder scrambling, ridgeline traversing, this hike has it all. The final ridge scramble to the 11,268 foot peak is a little hairy, but doable, even for someone with a fear of exposure. Along with some great exercise, you earn some year-round bragging rights for summiting this eye-catching peak above Little Cottonwood Canyon.

Want to punish yourself after a long weekend of apres? Do you hate shade? Do you love rattlesnake encounters? Do you love sketchy loose rock and dirt descents? Then look no further. This thing is a beast. Starting from the east bench of Salt Lake City, this trail goes up. Straight up… for 3,200 feet… in just over two miles. Turn around and run back down, trying not to slide off-piste and into scrub oak and rock. It’s one of those trail runs that’s more fun in hindsight than in the moment.

I finally checked this famous Utah classic off the list earlier this month. We started hiking around 4:15 a.m. to beat the midday heat. Four hours and over 5,000 vertical feet later, we reached the metal shack at the summit, known as the Glass House. It’s a haul, but there are some runnable sections on the way up. Once at the top, turn around and run the seven miles back to the car, stopping to cool off in Emerald Lake and Stewart Falls. It’s a classic. Get up there. 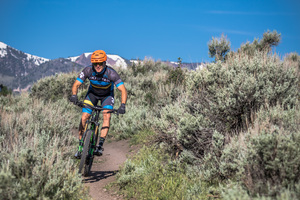 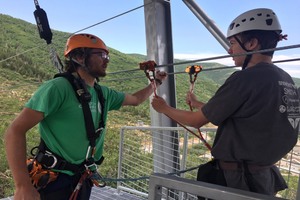 Come Fly With Me: Zip Line at Utah Olympic Park 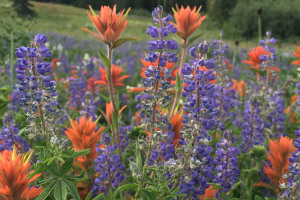 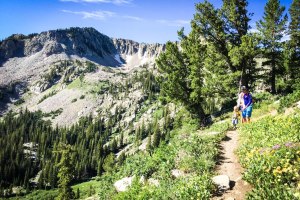 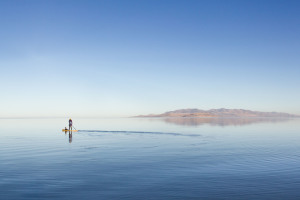