The snow is rapidly melting and making its way into Utah’s rivers and reservoirs. And while there are still a few turns to be had in the upper elevations of the Wasatch and Uinta ranges, it’s time to turn your skiing focus towards your favorite off-season activities. For some that means wetting a line, hitting the links, paddling Utah's rivers and lakes, pushing peaks, or leading a multi-pitch. For others, that means bringing the bike out of the garage, throwing on some chain lube, putting some air in the tires and going for a bike ride in the mountains.

About a decade ago, I bought a hardtail Specialized Rockhopper and joined the ranks of the 45 million or so recreational mountain bikers in the United States. It didn’t take long for me to realize that mountain biking was a great way to get some exercise while enjoying some of the adrenaline found in skiing. Pretty quickly I was hooked, upgrading to a full-suspension bike and became one of 4 million “core” bikers that mountain bike weekly in the off-season. And while I enjoy mountain biking (nothing will ever replace you, skiing), I've learned to force myself to wait as long as possible each season to break out the bike. I would still prefer to be skiing, but once the lifts stop spinning for skiing and the couloirs no longer “go”, I make up for lost time on my bike by attempting to get after it on these early-season rides.

Because sometimes you forget over the winter, here's a quick essential gear guide for your first ride of the season. 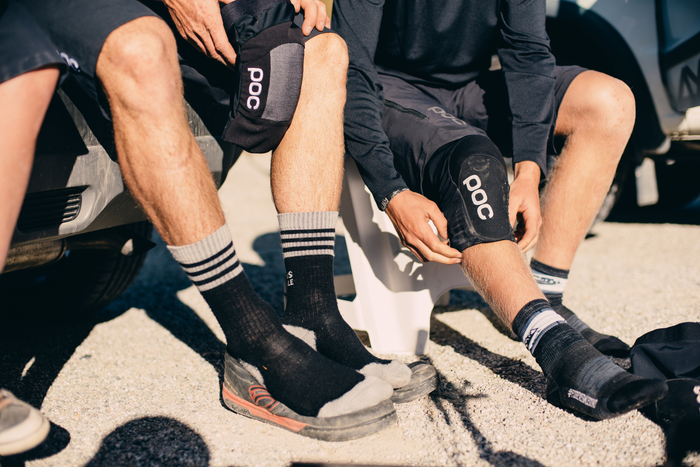 While we all wait for the snow to melt at the resorts, and for world famous Wasatch Crest Trail to dry out, here are a few of my favorite early-season mountain bike rides in Utah.

Sundance is already open for lift-served mountain biking. With over 25 miles of trails for all ability levels and some of the most breathtaking vistas in Utah, make sure you get down to Utah County soon. I recently had the opportunity to check out the trails first-hand. And while our day got cut short by a little lightning, we passed the time in the Owl Bar, one of the best apres-bike bars in the state.

Located in the southeast corner of Salt Lake County, between Draper and Highland, sits a great network of trails known as Corner Canyon. The low elevation, sandy dirt trails, minimal trees, and sunny aspect make these trails some of the best early-season rides in the Wasatch. Even when spring weather isn’t cooperating, there’s typically a few trails that are almost always good-to-go. Rush, Vertigo, and Levitate, are downhill-only flow trails that vary in difficulty but are some of the best rides in the state. With the summer heat right around the corner, now might be your best chance to get out there and check out the Corner Canyon trail system.

On the east bench of Salt Lake City rests some of the best early-season and late-season riding in the Wasatch. The Bonneville Shoreline Trail (BST) currently stretches over 100 miles, with plans to one day reach from Nephi, Utah to the Idaho border. The most popular section for most riders is the Bobsled Trail via the BST, located between the Avenues and The University of Utah. This technical, yet playful, single track features banked corners, side-hits and rusted-out-car-gaps, and a bunch of other features to send… or just bypass until next time. This a great place to ride most times of the year, sometimes even in mid-winter on low snow years.  Get out there soon, the summer heat can be brutal.

It’s hard to imagine Park City, an old mining town resting at 7,000 feet with 350 inches of annual snowfall would have a lot of options for early-season rides, but that’s not at all the case. The south-facing aspects, peppered with scrub and gamble oak, are actually very quick to dry out even in above average snow years. While you wait for the Wasatch Crest and other upper-elevation trails to melt out, Glenwild, Round Valley, and Bob’s Basin are great trail networks to get in some early-season rides. Trailside bike park is a great place to work on your air-awareness and technical skills.

If you’re looking to gain some vert without having to pedal for it, Park City Mountain is already open to lift-served mountain biking via the PayDay lift. Open daily from 10am-8pm with over 20 miles of inbounds trails, as well as easy connections to the rest of the town’s 400 miles of public trails, the $120 season pass is well worth the investment.

Instead of sitting waiting for the snow to melt during mud season, mountain bikers start making their way south for some desert season pedaling. The Moab and St George areas are home to both breathtaking national parks and some of the best mountain biking in the country.

Moab is widely recognized as one of the top mountain biking destinations in the world. The Whole Enchilada, Porcupine Rim, Mag 7, Slickrock Trail, Amasa Back, Captain Ahab… the iconic trails are too many to name.

St. George and nearby, often-mispronounced towns of Hurricane, LaVerkin, and Toquerville, also offer some world-class mountain biking. Gooseberry Mesa, Holy Guacamole, and Zen Trail are some of the most scenic rides in the state. Beat the heat and make a trip down south this spring.


So there you have it, a short – and very incomplete – guide to early-season mountain biking in Utah. Need a little extra motivation to get out on the bike? Check out some of these important upcoming events and resort summer opening dates. 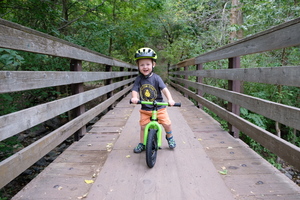 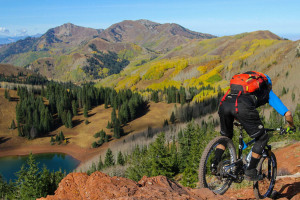