The 7 Habits of Skiers: Synergy, In Defense of the Shotski

The Seven Habits of the Highly Effective Skier will take you on a seven-week spiritual journey as you develop the habits necessary to be best après-skier you can be!


The Sixth Habit of Highly Effective Skiers, Synergy: In Defense of the Shot-Ski, explains why the shotski is such an important tradition in skiing culture. Skiers love shotskis. It’s a scientific fact. Whether you're a skier, snowboarder, or one of the few remaining tele-skiers, nothing brings the skiing community together better than a shotski.


If you’re not a skier, I’m sure the whole activity seems juvenile, sophomoric, maybe even something you did one time at a college frat party. But I’m here to defend the sacred act of taking synchronized shots of cinnamon-flavored whisky attached to an old, used ski from a thrift store.

But in order to explain the science behind the shotski, we need to go back to college.

Let’s start with a vocabulary lesson. Today’s vocab word is: Synergy, defined as the creation of a whole that is greater than the simple sum of its parts.


Well, this Synergy is at the root of what makes the shotski such an important part of ski — and après-ski – culture. Sure, we could all finish our day on the slopes, head home, and drink alone, but that just seems kinda sad. Alternately, we could all stand around the bar, taking shots like you would do at a nightclub. The beauty of the shot-ski is found in the collaborative effort, the commitment to others, and the teamwork that goes into simultaneously consuming six shots of alcohol from shot glasses mounted to a ski.

Part math. Part art. Part science. Acts of verbal and non-verbal communication. Some psychology. Maybe even a little chemistry, physiology and anatomy. Throw in some team-building. Don't forget learning to "work well with others." All of these skills are required to successfully pull off the most advanced maneuver in après-skiing. 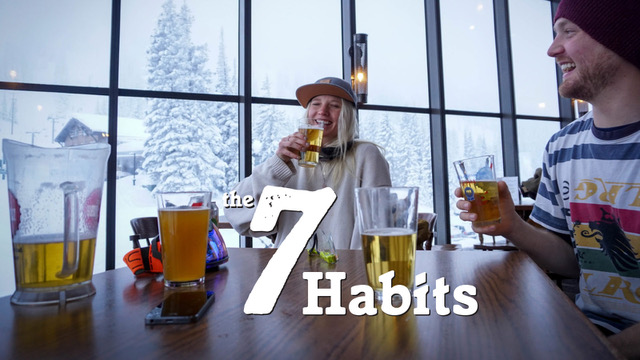 The 7 Habits of Skiers: Communication via Après-ski 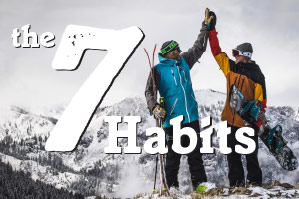 The 7 Habits of Skiers: Communication via Après-ski

Education is an Adventure at Westminster College