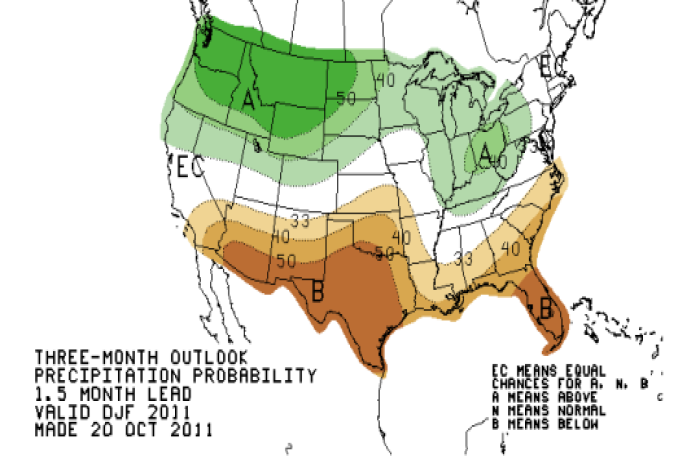 After living in Utah for almost 15 years, I'm pretty used to the weather patterns and getting to know how to read the weather.  I should..I'm a Meteorologist and have been in broadcasting here in Utah for most of my 15 years.  I've taken the last couple years off to be a mom and enjoy my kids.  In the past year, I've worked at the local NBC affiliate, KSL, and have been able to put on my Meteorology hat once again.  Props to all moms out there who can where 2 hats...mom and career woman. It is tough!  I will also be starting a family segment geared toward outdoor moms.  I will be posting the stories here on my blog as well.

So...this La Niña thing...what is it really?  It is a buzz word for sure.  Basically, for all the non-scientists out there....it is when the water is cooler than normal in the Eastern Pacific.  During an El Niño, the Eastern Pacific waters are warmer than normal.  So we've got that straightened out right?  Not really.  Basically, when the water temps shift, the jet stream/storm track shifts and a dominant pattern develops during the winter that puts more moisture in certain areas than others in the US.  On average, during a La Niña winter, northern Utah sees above average precipitation.  2010-2011 was a perfect example.  In looking at some charts, you can see what the average sea surface temperatures were compared to normal.  It's just a fancy way of saying the Eastern Pacific was cool in the 2010-2011 season and also in the 2007-2008 season.  In comparison, I looked back at Alta's seasonal snowfall.  Note those 2 years had high seasonal snow.  Does this mean La Niña=high snow?  No, but if you look over time, it can certainly lean that way.

So, with all that said and most of you scratching your heads..the new outlook is in by the Climate Prediction Center.  You can bookmark this page and check for your own reference from time to time.  In looking at the three month outlook for December/January/February, it looks like Utah falls in the above normal precipitation category.  In years past, I've not seen the above normal quite so far south, so time will tell on this one!  I do know my fellow bloggers and skiers alike are excited and waiting....and waiting...

As I look ahead to the next couple weeks...not quite yet.  However...looking back at November 2010, we had a few storms in early November, but the snow really didn't get going until the 3rd week!  Look at the wild season we had!

If you have any weather remarks, please let me know.  You can also go to KSL to check out our latest forecast as well.

Gearing up for skiing by hiking to Catherines Pass

First turns of the season!

It's snowing in Utah!