The History of Nordic Valley

Claim to Fame: Leading up to the 2002 Olympic Winter Games, the Austrian downhill skiers used Nordic Valley as a training venue before their events. The slopes of Nordic Valley proved lucky as they went on to win numerous medals including Fritz Strobl's impressive winning time of 1:39:13 on the Men's Grizzly Downhill course at Snowbasin Resort.

Unique Character:  This boutique ski hill harbors a welcoming atmosphere that is perfect for families. Nordic Valley was one of the first resorts in Utah to offer night skiing. 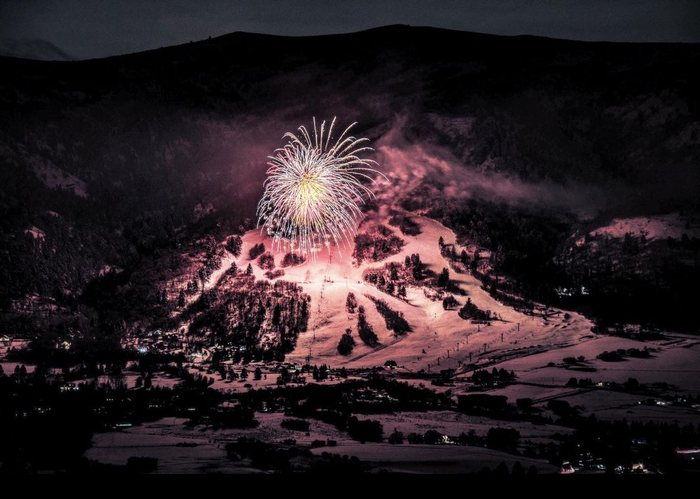 Terrain Info
Nordic Valley is tucked along the east-facing flank of the Wasatch Mountain Range in Ogden Valley. Located in Eden, Utah, just 25 minutes from downtown Ogden, Nordic Valley is one of the state’s most relaxed and friendly places to enjoy skiing and snowboarding. Affordable, approachable and fun, Nordic Valley is awesome for families or those who enjoy night skiing. The wooded trails offer gorgeous views of Ogden Valley and guests will be thrilled to discover a new high-speed chairlift and totally new terrain debuting for the 2020–21 season. Nordic Valley encompasses ideal beginner slopes, terrain parks, glades and powder stashes. 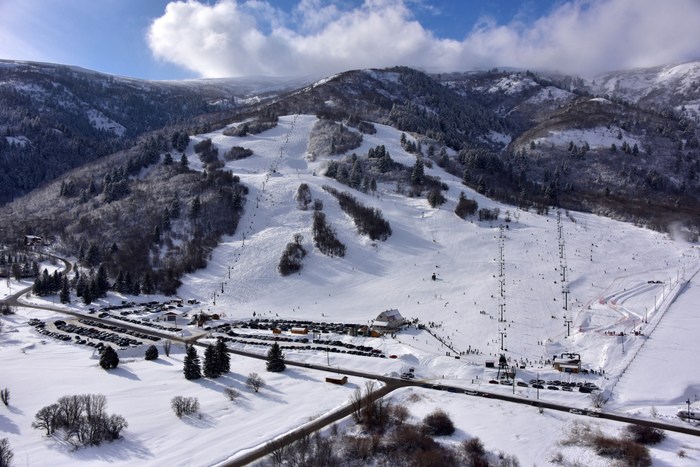 What’s in a Name: Nordic Valley
Nordic Valley was named by its founder, Arthur Christiansen, in a nod to his Norwegian roots. Just look to many of the ski runs, local streets and Odin Hall for many additional odes to the founder's Norwegian heritage.

In 1960 the idyllic Silver Bell Ranch, a 900-acre mountainside retreat, was purchased from Taylor Burton by Arthur Christiansen. This renowned developer from Ogden, Utah was president of the Utah Home Builders Association and he hoped to create an oasis and summer home. Over time, he sold small lots and played a role in developing the area and building homes around the ranch. At the time, sledding and tobogganing was a winter tradition along the foothills of the ranch. With help from enthusiastic locals, plans were eventually laid to construct two chairlifts and a number of ski runs. 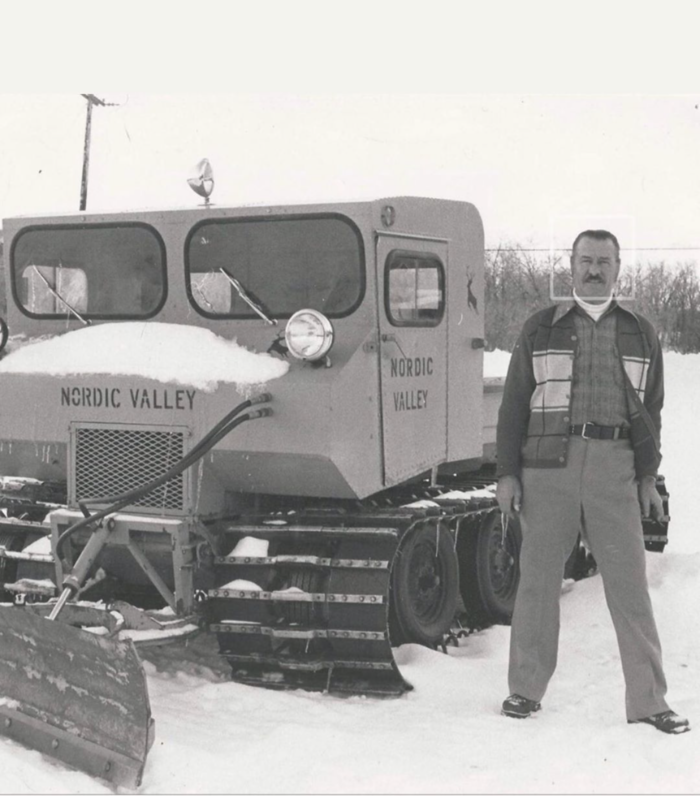 Arthur had dreams of creating a 9-hole golf course and opened a 5-hole course designed by Ernie Schneider Sr. in 1966. The remaining 4 holes were completed the following year. The golf course was maintained for many years before it was eventually parceled out for home sites. The favored sledding hill nearby was graced with a tow rope in 1968 and Nordic Valley became another jewel in the crown of Northern Utah’s powder country. The tow was suitable for beginners and locals got their start on the gentle slopes of these Wasatch foothills. A number of years later, a double chairlift was added and more terrain was prepared to suit skiers with new runs in 1970. Shortly after, the original tow rope was replaced with a second lift. 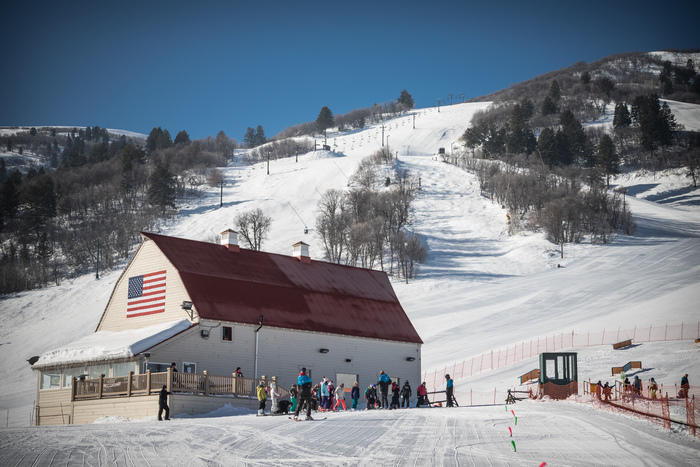 Eventually, the main lift towers were equipped with lights and Nordic Valley became one of the first ski areas in Northern Utah to provide eager locals and school children with access to night skiing. Popular amongst locals was the Tuesday ‘Ladies Night’ where women skied free or half price. The convenience of skiing in the dark winter evenings brought many locals the opportunity to learn the sport. 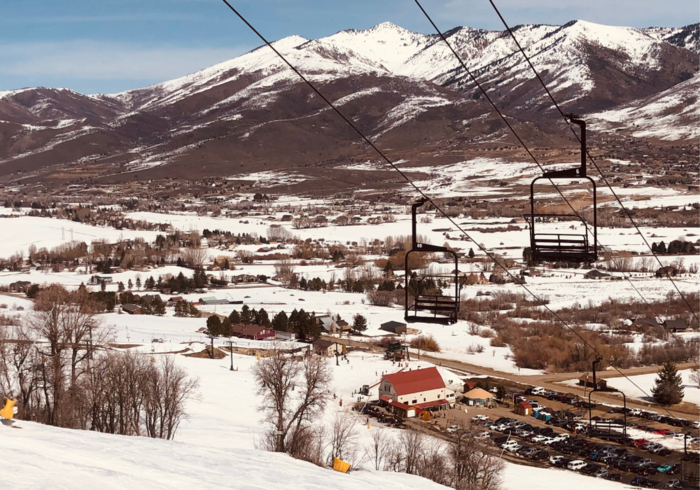 Between the late 70s and 2014, Nordic Valley changed hands a number of times, resulting in a name change to Wolf Mountain and a switch back to Nordic Valley again when Wolf Mountain Ski Resort LLC declared bankruptcy in 2010. Today, the resort is owned by Skyline Mountain Base which entered into an operating agreement with Mountain Capital Partners in 2018 to manage and operate the resort. Mountain Capital Partners owns and manages a collection of boutique resorts in the American Southwest, including Brian Head Ski Resort in Southern Utah. 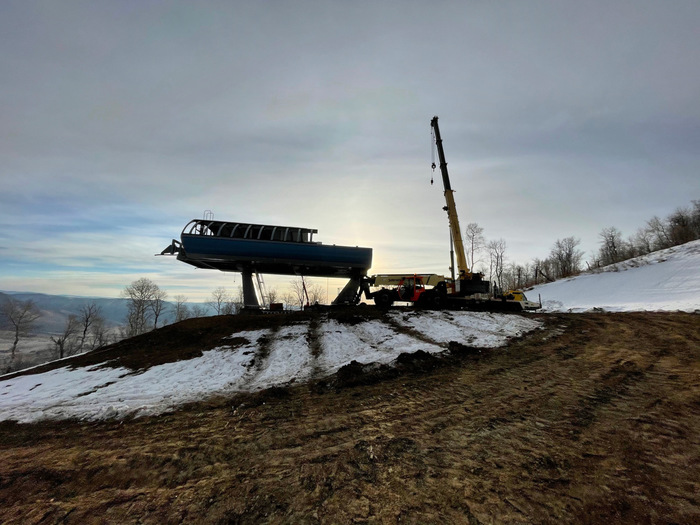 New lift terminal under construction in autumn of 2020

In an exciting development for the 2020–21 season, Nordic Valley will add its first new chairlift in 20 years, the Nordic Express. The new lift, constructed by Leitner Poma, is over 4,000 feet in length and features a 6-person chair. The 4.2-minute ride will whisk Nordic Valley guests up 1,400 feet in elevation and it will be the ski area’s first high-speed chairlift. While a few new trails will debut for the 20/21 season, the eventual expansion will include access to an additional 300 acres of terrain in future seasons. 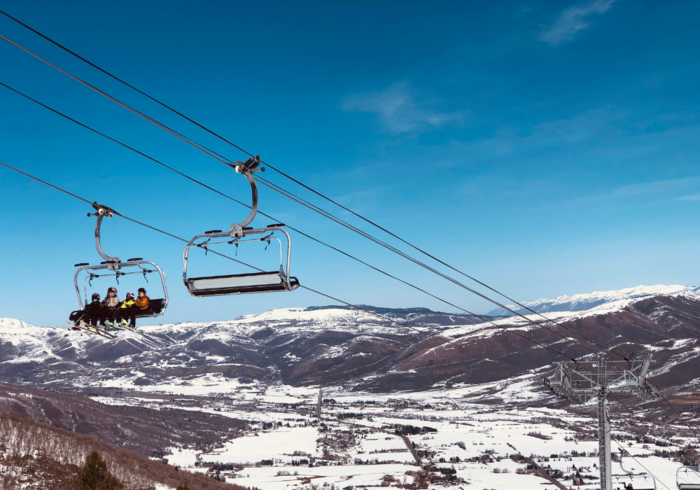 For the 20/21season, 50 of the new 300 acres debuted across 10 trails that have never been skied before. The construction and terrain expansion represent the biggest development at Nordic Valley in over 50 years.

Nordic Valley. (no date). About. Retrieved from https://www.nordicvalley.ski/about/ 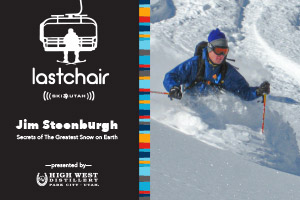 Jim Steenburgh: Secrets of The Greatest Snow on Earth