Brian Head: Heed the Call of The Smokey Mountains

The first thing I said when I got out of the car in the parking lot at Brian Head Ski Resort was, "I smell barbecue." It was twilight on a spring evening and the night skiers were just starting to cruise the sunset-lit hills.

I was here for one thing: pork ribs, and I was on my way to meet the pit master, John Grissinger, who also happens to be the owner of Brian Head Resort.

Every Saturday night at Brian Head, year-round, the special at the Last Chair Saloon is barbecue, lovingly prepped and smoked by Grissinger. It could be baby backs, whole chickens, pulled pork, brisket--whatever the chef has chosen for the week is what's on the menu, served with his homemade corn bread, baked beans and other variable side dishes.

Grissinger is a tall man with a congenial smile and a friendly face, who greets me with a warm, welcoming handshake. These are qualities that fit well for someone who loves to feed the masses.

“BBQ is my favorite subject, next to skiing of course!”—Grissinger remarked.

Grissinger is from Kansas City, "retiring" to the area to run a little ski resort and bring a bit of the Midwest to the table. Whatever cut of meat he's cooking is smoked low and slow in a large commercial smoker at around 215-225 degrees, using local fruit woods like apricot or cherry (hickory is traditional but too expensive to ship). The flavor is all in the rub--no sauce on Kansas-style ribs--but that rub is plenty to savor. I asked him when he mastered the combination of spices and technique. "I haven't!" he laughs. "I am still perfecting it."

Contrary to the critic, I thought the ribs were as close to perfect as you can get, even by competition guidelines, meaning that they aren't "fall off the bone" but the meat has a tenderness that you can bite into and pull off with a bit of a "tug." The crust was a finger-licking medley of spice, brown sugar and hefty smoke. With a plate piled high with ribs, extra crisp home-cut fries, plus a plate of St. Patrick's Day Reuben sandwiches with house-smoked corned beef, I was in a barbecue nirvana.

With a full belly of meat, a glass of green beer and shot of Hell-Cat Maggie whiskey (enjoyed in our room at Cedar Breaks Lodge no liquor served at the Last Chair Saloon), I pondered something Mark Wilder had told me earlier that night. Wilder has been with Brian Head for 38 years and wears many hats. He's the public relations coordinator but the next day he was running the Guns and Hoses race pitting cops against firemen; he also built the bar in the remodeled Last Chair Saloon, pointing out the perfectly honed beams. "I like to talk about wood too," he smiles. Wilder told me that locals call the powder at Brian Head "smoke" because it's so light and fleeting on the air. At Brian Head's elevation and desert location, the snow comes in high and dry, and the kind of stuff that keeps a guy like Wilder around for decades.

There's also lots of fun events coming up this spring at Brian Head, including their annual pond skim. Check out their event page for more details.

I'll be back to Brian Head for the food. Besides the barbecue, the burgers are fantastic and the soups are rich and homemade, all reasonably priced. Next door at Thai restaurant Sook Jai, you can get a killer breakfast burrito before the lifts turn for $6.

But I'll also be back for the skiing. While the runs aren't as long as those as other Utah resorts, there's plenty of great shots to keep you happy all day. The views of the surrounding canyons and red rocks are breathtaking. And if I'm lucky to hit Brian Head on a powder day, I'm going to get plenty of servings of that cold Southern Utah smoke. 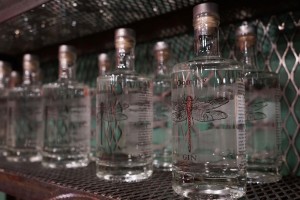