Bell To Bell At Eagle Point

What if there were an insane pow destination that no one knew about not too far from Salt Lake City? What if it were closed most weekdays so that, as you’re laboring away at work and everyone else is preparing to head to the Cottonwoods or Park City, you can get up early, drive down to your secret spot, avoid the powder frenzy, and ride relatively untracked snow until the afternoon?

This place does exist. Three and a half hours south of Salt Lake City, Eagle Point is a small gem in the Tushar mountain range. Closed Monday through Thursday, last week’s storm just stacked up there. As the weekend rolled around and everyone, tourists and locals alike, drove in hoards up to Park City, Big and Little Cottonwood Canyon, photographer Gregg Trawinski and I went south. And even better, we rolled down in his truck which runs on natural gas (seriously cleaner than a Prius). 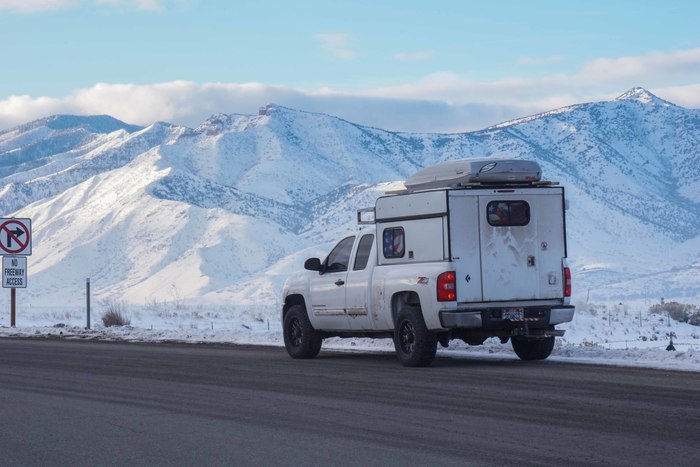 Unless you’re an avalanche forecaster, this is an early start to the day. It took me a half hour to pack your car, make breakfast, get changed, and drive over to Gregg’s. Then we packed his truck, which is wildly more eco-friendly than mine because it uses compressed natural gas, and hit the road around 6am.

Once you’re south of Provo, you’re driving through big, bucolic landscapes punctuated with snow-dusted peaks. Ranches and small towns are really all you might find there. There is no traffic. There is no one driving quickly to beat you for first tracks. It’s pretty much smooth sailing. And very pleasant. 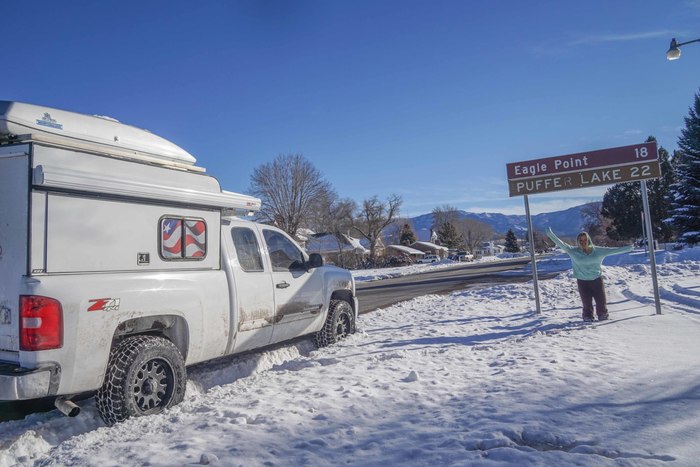 We drive up UT-153, which winds along Beaver River, then Three Creeks in the shadow of rust-colored spines. We grab lift tickets from Eagle Point’s log-cabin-style lodge, and take the shuttle, a converted school bus, up to the Monarch Chairlift. This is an ideal place for beginner and intermediate skiers, and families with kids. The super-mellow, rolling terrain is flanked on all side by the high alpine mountains of the Tushar range. 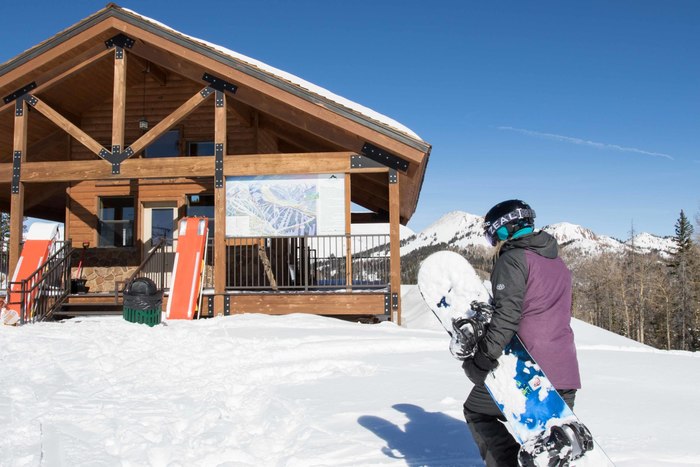 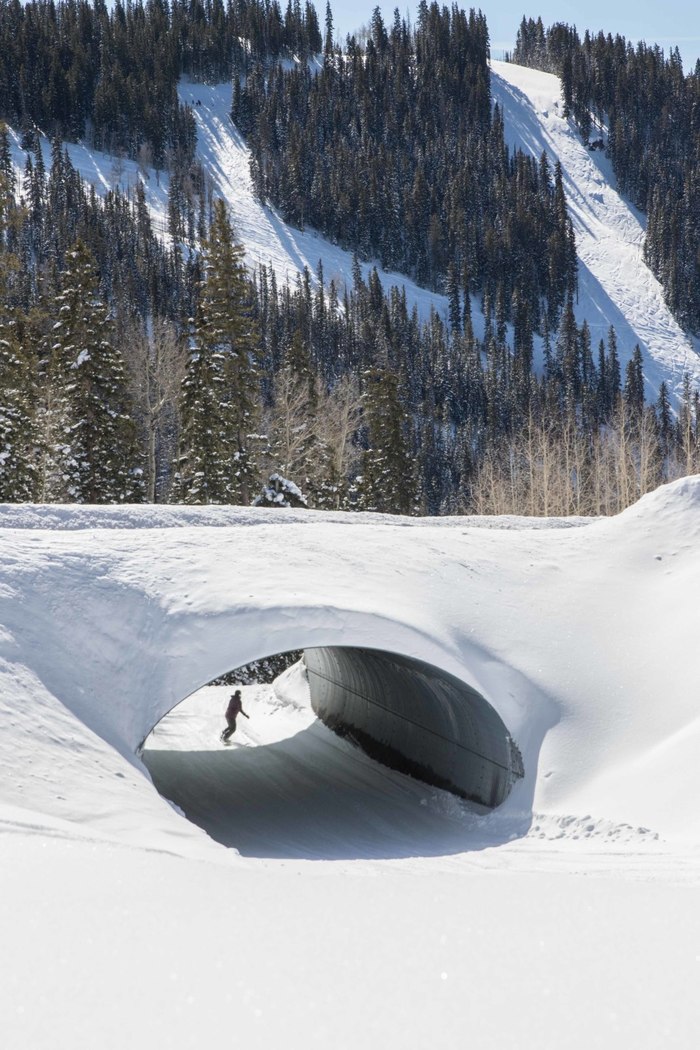 Mid-day we head to the Lookout Chair, which accesses north-facing steeps. This area is unreal. You can hit stuff straight off the chair, where you’ll find plenty of untouched snow in the trees. Once that area gets tracked out, you take a cat road the surface lift and drop down the fall line on runs like Delano Drop, a wide-open steep run underneath an old, condemned chairlift. 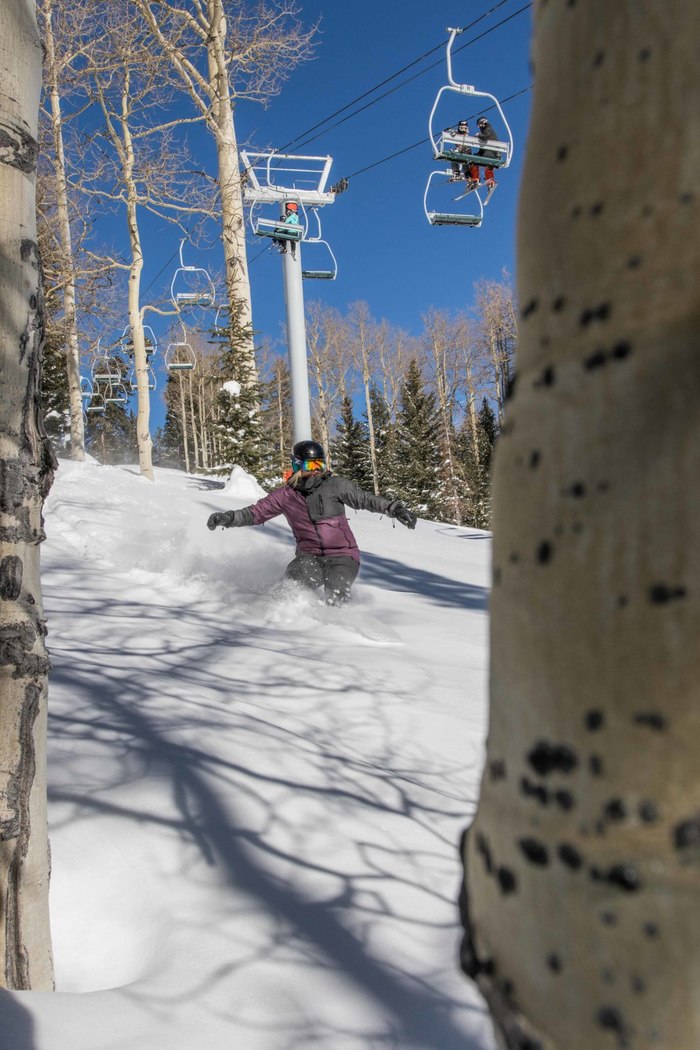 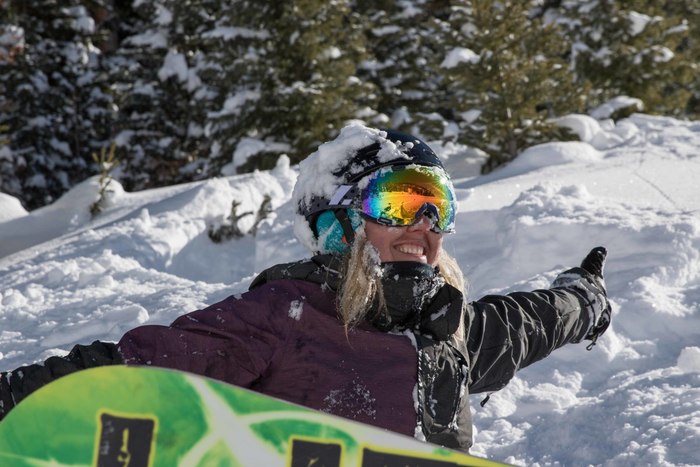 The lifties and ski patrollers on Eagle Point’s Lookout Chair might be the friendliest guys on Earth. They clue us in a bit, pointing out how far out we can go on the ridgeline.The farther out you drop out on the Country Road, hitting runs like Runaway Carter, Missing Link, and Donner’s Descent, the fewer the tracks you’re going to hit. The ski patrollers rope off the lower section of each of these runs, not because they are closed, but because you need to hike out. Because the surface lift closes at 3:30, it’s a great way to close out the day with fresh tracks. 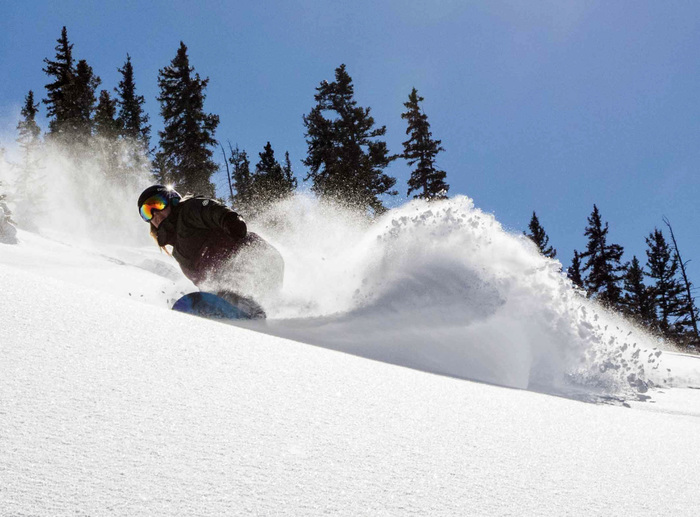 After a day of riding 12 to 15 inches of fresh all day, we drop down Runaway Carther and then lower Missing Link. As we hike out, a smiling ski patroller offers to let us hitch a ride on his snowmobile after he’s finished sweeping the area. He bumps me up, then Gregg, so we have just enough time to catch one of the last chairs up to Canyonside Lodge. It’s essentially us, the lifties, patrollers, and other mountain staff left on the hill.

When we get to the Canyonside, the staff, tourists, and locals are all eating and drinking together, even if they don’t know one another. It’s the most inclusive, family-like atmosphere you could ask for. There’s no frenzied pace here, or hustle and bustle. People are stoked to ride at Eagle Point, and they’re stoked to share their mountain with you.

If you’re charmed by small ski resorts, friendly people, and no lift lines, this is the place for you. Lift tickets are affordable. Parking spaces are available. Everyone is nice, and interested in where you’re from and how long you’re staying. That said, don’t be fooled with this ski area’s homey charm. Amenities still abound here, including hot tubs outside the Canyonside Lodge, overstuffed leather sofas, and slopeside condos. 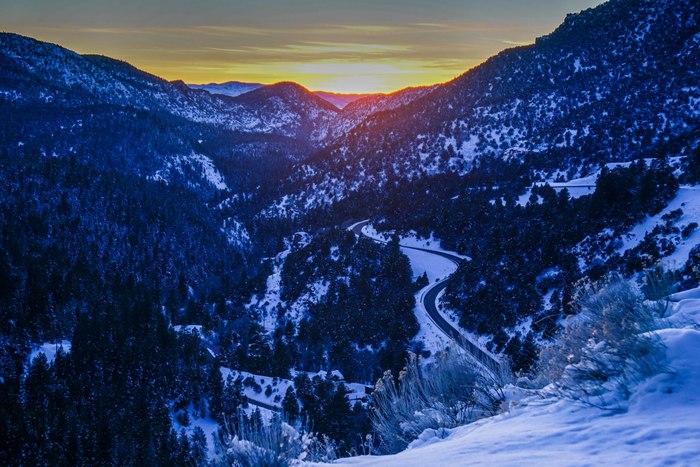 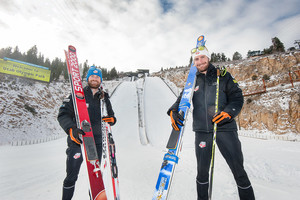 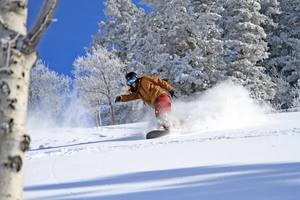 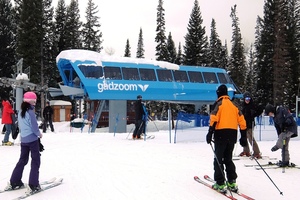