“In the best of conditions, which is less than 25 degrees Fahrenheit, you have about two minutes to get the shot,” says snowflake photographer Doug Wewer. “They change and melt very quickly.”


Originally from Pennsylvania, Wewer has spent his life working and playing outdoors. “As a caretaker for the Tuckerman Ravine shelters in New Hampshire,” he says, “I was always observing what was happening with snow.” Other jobs he’s held include ski patroller, snow safety educator, avalanche dog handler and search and rescue volunteer. Wewer landed in Utah in 2000 to ski patrol at Snowbasin Resort during the 2002 Olympic Winter Games. But it wasn’t until he moved to his current home in Eden, Utah, (just outside of Ogden) which receives an average of 150 inches of snow annually, that he honed in on snow’s up-close beauty.

“Nearly everything I’ve learned about photographing snowflakes I learned on my porch,” he says. Wewer captures the flakes on wood or glass with a customized photography rig that’s always covered. “It’s on its fifth iteration,” he says. “I’m constantly adjusting for lighting, camera holds and backgrounds.” Of course, we had to ask: have you ever seen two of the same? “Even if there were two identical snowflakes, I don’t think you could ever find them,” he says. Most people don’t get the opportunity to see a perfect snowflake up close; it’s a fleeting and rare experience. Check out more of Wewer’s images of these delicate moments in time here. 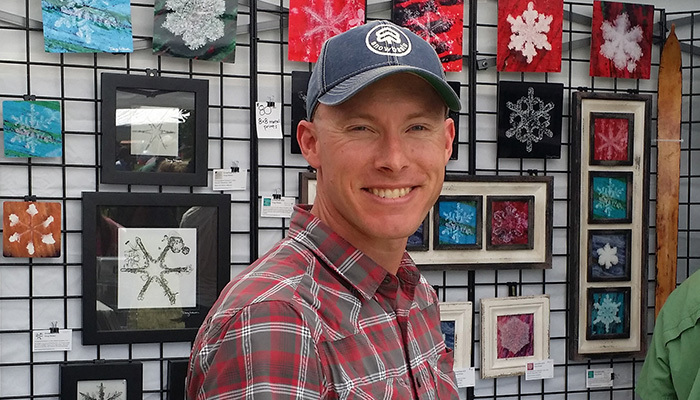 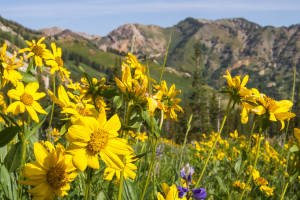 Stay Wild: The 10 Most Common Wildflowers in the Wasatch 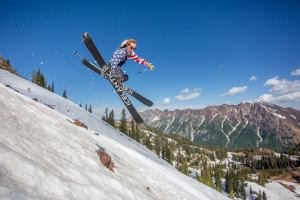