It is no surprise that Utah, home to The Greatest Snow on Earth, is also home to some of the greatest winter athletes on earth. With the Olympics around the corner, the list of athletes that made the US Olympic Team is growing daily. Currently, 16 people that call Utah their home are on the Olympic Team and going for gold in the Pyeongchang 2018 Winter Olympics. The list includes both veteran and first-time Olympians, all of which are impressive on and off the slopes.

Utah's rich skiing heritage can be pinpointed back to the 2002 Olympic Winter Games hosted in Utah, which served as the catalyst for the build of many world-class ski and winter venues that are still vibrantly operating today. Combined with these venues, the terrain and the fact that Park City is home to the US Ski & Snowboard Team, it's no surprise that a sizable portion of the team lives in Utah. There are many world-class training facilities in Utah in part because of the 2002 Olympic Winter Games that were held in Salt Lake City, and another part because of the world-class terrain that is available here. Events were held at resorts; Snowbasin Resort, Park City Mountain, Deer Valley Resort, and Soldier Hollow. In addition to this, Peaks Ice Arena, Utah Olympic Oval, and Utah Olympic Park were home to many Olympic events. With resorts and facilities like these available, it is no wonder Utah has so many athletes participating in the 2018 Pyeongchang Winter Games.

Without further adieu, here are the 16, 2018 Winter Olympians who call Utah home.

Ted Ligety was raised in Park City, Utah and has been skiing since the age of two. His achievements include; two Olympic Gold Medals and five world cups in giant slalom. Ligety has also won events in the super-G and in super combined. We are very excited to see what he is going to do in Pyeongchang as there is speculation that this could be the last Olympics that he competes in. 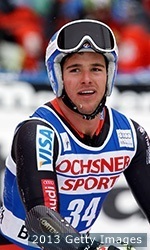 Jared Goldberg was born in Massachusetts but moved to Holladay at the age of four. Goldberg attended Skyline High School and has skied at Snowbird his whole life. Jared attributes the deep powder that is available at Snowbird as his initial passion for skiing. Goldberg has been competing for many years but the 2014 Sochi Olympic Games were his first Olympics where he finished 11th place in the alpine combined and 19thin the giant slalom. He has many other passions and is a multi-instrumentalist playing; ukulele, harmonica, and many other stringed instruments.

"Park City Ski Team and the Winter Sports School have allowed me to pursue my dreams in the mountains."

Megan McJames –
“I grew up in Park City, UT doing many outdoor sports. I enjoy soccer, tennis, mountain biking, hiking and of course skiing. Growing up through organizations like the Park City Ski Team and the Winter Sports School have allowed me to pursue my dreams in the mountains.” McJames remembers. In her off time, she attends Westminster College and enjoys baking and watching movies at Alta Ski Area. Megan has competed in giant slalom in the past two Olympics, as well as placing very well in the world cup tour. Chris Fogt although born in Florida, we will claim him as a Utah native. Fogt has competed in two Olympic Games, the 2010 Vancouver Games and the 2014 Olympic Games where he won the bronze medal in the Four-Man Bobsled. Fogt is also a member of the US Army and has been deployed active duty to the Middle East. We are hoping that Fogt carries on the trend and brings home another medal for Team USA. 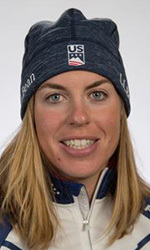 Rosie Brennan was raised in Park City, Utah and started skiing at the age of fourteen. She attributes a lot of the reason that she got into winter sports to the 2002 Winter Olympics that were held in Salt Lake City. This will be Brennan’s first Olympics, but she is no stranger to the competition scene as she has placed very well on the World Cup Circuit for many years.

Nathan Chen was born and raised in Salt Lake City and started skating at the age of three. He attended West High School and is trained ballet and gymnastics. Although Chen is one of the younger Olympians on the team, he is looking very good for the upcoming Olympics and we are very excited to see what he can do on the global stage. Chen has won the ISU Grand Prix Final and the Four Continents Championships, as well as placing silver in the ISU Grand Prix Final and an impressive history, to say the least with the Junior World Championships and the Junior Grand Prix. 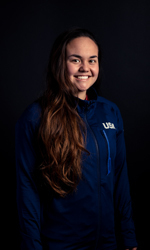 Jerica Tandiman is from Kearns Utah and started skating at the age of seven in 2002 because the Olympic Oval was built near her home and is home to some of the fastest ice in the world. Tandiman’s record is extremely impressive showing she has a lot of experience competing in the World Championships for both the 500 and 1000-meter race. This will be Tandiman’s first Olympics and we are very excited to see how she does. 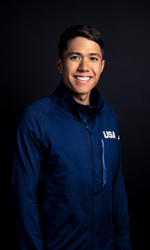 J.R. Celski was born in Federal Way, Washington and has loved skating from a very young age. During the 2002 Salt Lake City Olympics, he remembers watching Apolo Ohno skate and knew that it was something he had to do. Upon graduation from high school, Celski moved to Salt Lake City where the national short track team practices. He has a very impressive history, including; bronze in the 5000m relay and bronze in the 1500m in the Vancouver Olympics, as well as a silver medal in the 5000m relay in Sochi. Taylor Morris is from Salt Lake City and shockingly with all of the snow and terrain available to him, has never been skiing or snowboarding. Morris is also a member of the US Army Guard and serves as a Human Resource Specialist. Taylor Morris had some heartbreak when he did not make the team in 2014 because of one-thousandths of a second and is ecstatic to have made one of the ten spots available in the 2018 Pyeongchang Olympics.

Sarah Hendrickson was born in Salt Lake City and attended Park City High School and later switched to The Winter Sports School in Park City so that she could further hone her skills on the ski jump. Hendrickson has a very successful career and is noted as the first female in history to be allowed to compete in Ski Jumping in the Olympics at the 2014 Sochi Olympic games. Sarah has stood on the world cup podium 25 times, 13 of which she was the winner. Hendrickson is very impressive and is definitely one to keep an eye on. 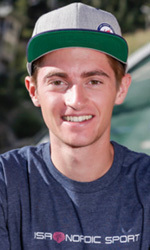 Will Rhoads was raised in Park City and attended Park City High School. His father worked with the Salt Lake Olympic Committee for the 2002 games, and this greatly influenced him. Growing up with all of the great training facilities in Park City and the surrounding areas, Will has had every opportunity to hone his skills and has definitely raised to the occasion. This will be his first Olympics; however, he has been placing very well in recent ski jumping competitions. Will also enjoys the Utah Jazz, Utes Football, and is also an accomplished downhill mountain biker.

Abby Ringquist was born in Salt Lake City and raised in Park City, and has been competing in ski jumping since the age of 15. After public school, Ringquist has been attending Westminster College and bought a “mini farm” where she lives with her husband and their 14 pets. She really enjoys doing art and is pursuing her major in this and hoping to create a coloring book one day. This will be Ringquist’s first Olympics and we are stoked to see how she does in Pyeongchang.

Alex Hall was born in Alaska, raised in Zurich, but calls Park City his home. His father is from Salt Lake City so he visited and skied in Utah twice a year growing up. Later Alex moved to Sale Lake fulltime to get more exposure in the skiing scene, and for the USSA Team Academy located in Park City. Alex has been on the Olympic Team for the past 2 years but has been competing in slopestyle events for the past few years. Alex should do very well in Pyeongchang and we are stoked to see how he does in the new Olympic event of slopestyle. Madison Olsen was born and raised in Park City and started skiing at the age of 2. Olsen originally started competing in moguls but switched over to aerials at the age of 14. Olsen attributes watching the US Ski Team train and compete in her hometown was her original inspiration for wanting to one day become an Olympian. She has a very colorful career and has been placing very high as of late. Olsen is one to watch and we would not be surprised to see her coming home with a medal. McRae Williams is from Park City and with a family full of skiers, started skiing at a very young age. Williams has a very impressive freestyle career and has won two X games medals, one gold, and one silver. This will be Williams’s first Olympics competing in the slopestyle, and if he follows his X games trends, we will definitely see him on the podium in Pyeongchang. 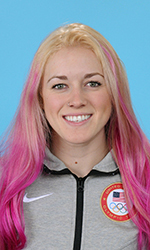 Faye Gulini was born in Salt Lake City and started snowboarding at the age of 9 at Snowbird. One year later Gulini started racing in snowboardercross and hasn't stopped since. She has continually placed in the top 10 at the X Games as well as a 4th place finish in the 2014 Olympic Games held in Sochi. When Gulini is not snowboarding, she is pursuing her degree in Accounting at Westminster College or rock climbing up Big or Little Cottonwood Canyons. 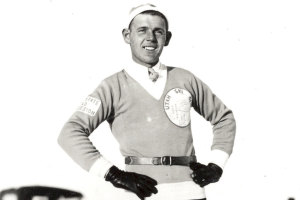 Growing a Skier at Snowbasin: What to do When Your Kid Doesn't Want to Ski