My friend Asheigh recently sent in this interesting story about how to explore Utah and our amazing winter resorts from the comfort of your own RV. Now that is smart thinking! What a great way to check out the whole state. Thanks for the tip Ashleigh!

Think outside the box - take your vacation in the winter. Utah abounds in winter activities for those who enjoy playing in the snow. Skiing is only the first of a long list of activities you can look forward to on a winter RV vacation in this state named after the "people of the mountains." 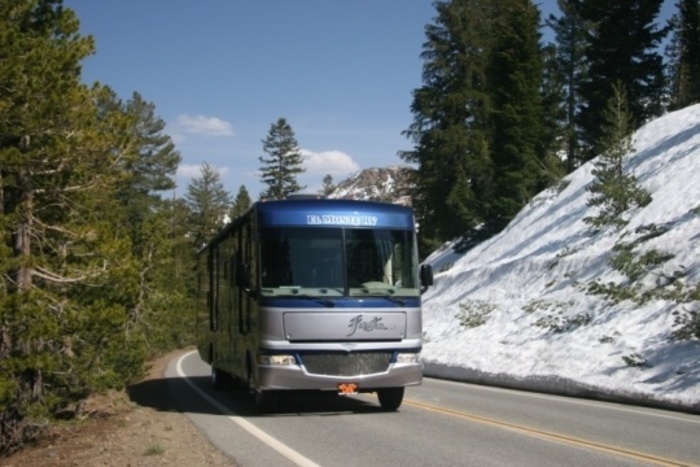 One thing people often don't realize about Salt Lake City is that it's also a wonderful place to go for a hot air balloon ride at sunrise (be sure to make your reservation at one of the city's four hot air balloon companies at least a couple of weeks in advance). Most people who vacation in Salt Lake City in the winter, however, want to take time for skiing, snowboarding or snowmobiling (or all three). Not all ski resorts offer overnight RV parking or RV hookups, but you can find RV parks within a short drive of any of Salt Lake City's ski resorts. Mountain Shadows RV Park in Draper, for example, is open year-round.

From Garden City, if you are so inclined, you can keep following highway 89 to the Grand Tetons in Wyoming and Yellowstone National Park, which can also be quite spectacular in the winter. But that's another journey for another day...

Snowbasin Ski Patrol - A Day in the Life