The History of Snowbird

Claim to Fame: Snowbird is home to Utah’s most iconic aerial tramway and the occasional opportunity to ski on the 4th of July, when conditions permit!

Unique Character: Those who have skied in Switzerland will recognize the iconic aerial tramway, installed by a Swiss crew from the Garaventa firm in 1971. The Peruvian Tunnel, completed in 2005, features a lengthy magic carpet that transports riders 600 feet through the ridgeline that caps Peruvian Gulch; it is North America’s only ski tunnel.

Terrain Info
Thanks to its location, high among the granite crags of Little Cottonwood Canyon, Snowbird is perfectly positioned to trap powder snow and the oft-celebrated ‘lake effect’ storm booster attributed to orographic lift and the proximity of the warm and salty Great Salt Lake. If steep and deep is your mantra then Snowbird is your Nirvana. Bowls, glades, and steep fall-line pitches beckon the brave and bold. 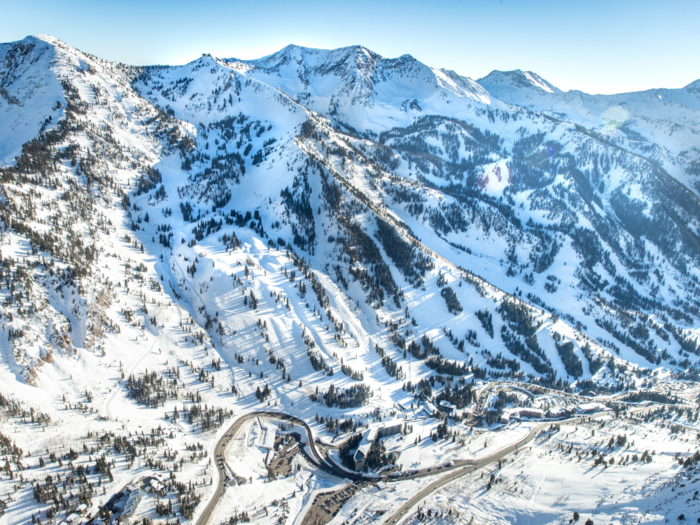 What’s in a Name: Snowbird
Many mistakenly believe Snowbird to be named in honor of the spunky black and white chickadees that flit about in Little Cottonwood Canyon each winter. However, Snowbird was named after one of the many defunct silver mining claims that founder, Ted Johnson, purchased in order to piece together a rough patchwork of property that would eventually become a world-class ski area. Snowbird was a rather small mining claim that yielded no silver—a bust!

In The Early Days
Take a wild ride down the Mini Miner’s Camp run at Snowbird, a whipsaw of a luge track through thick stands of trees near Baby Thunder, and experience an ode to the storied past of this special place. Alternatively, trundle through the Peruvian Tunnel—North America’s only ski tunnel—and admire relics and pictures of the silver mining booms and busts before plundering the gem of Mineral Basin. Before Snowbird became a powder skiing destination, the area was home to grizzled troops of hardy silver miners and notorious madams, of which many ski runs are named after! 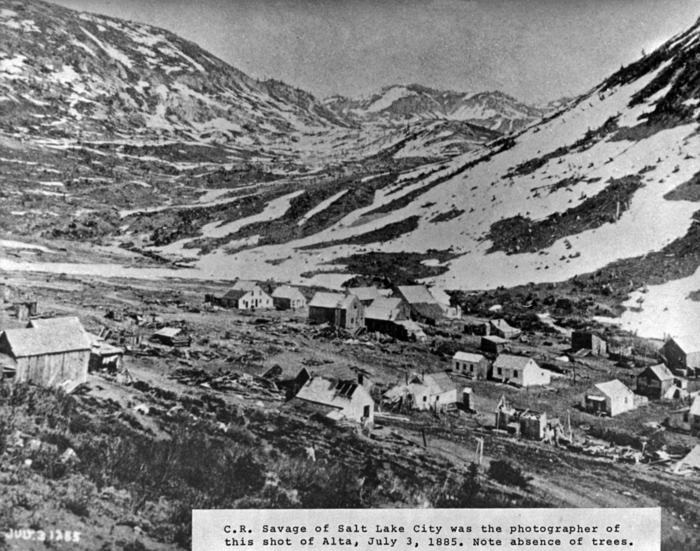 Just up the hill, the town of Alta was loosely formed in the 1870s after silver lode was discovered in the upper reaches of Little Cottonwood Canyon. Impossibly rugged conditions, terrain, and danger permitted only the most stalwart of silver hunters to flourish. Destroyed by multiple avalanches and again by a raging fire in 1878, the town of Alta cycled through boom and bust periods before the silver ran dry and the town emptied out around the dawn of the Great Depression. For a more complete tale, read up on our Alta History Guide. For now, we’ll fast forward to the 1960’s. Alta had been spinning lifts since 1939 and the dream of the quintessential ski bum was alive and well at the top of Little Cottonwood Canyon.

A Flight of Fancy
An avid skier and former surfer from California named Ted Johnson had been working various jobs across Alta for nearly a decade. Whenever he had free time, he would explore the uncharted territory to the west of Alta, harvesting untracked powder in Peruvian Gulch and Gad Valley. Through the years, Ted dreamed of bringing skiers to these pitch-perfect slopes and his appreciation for the terrain only grew stronger with each powder slope he plundered. 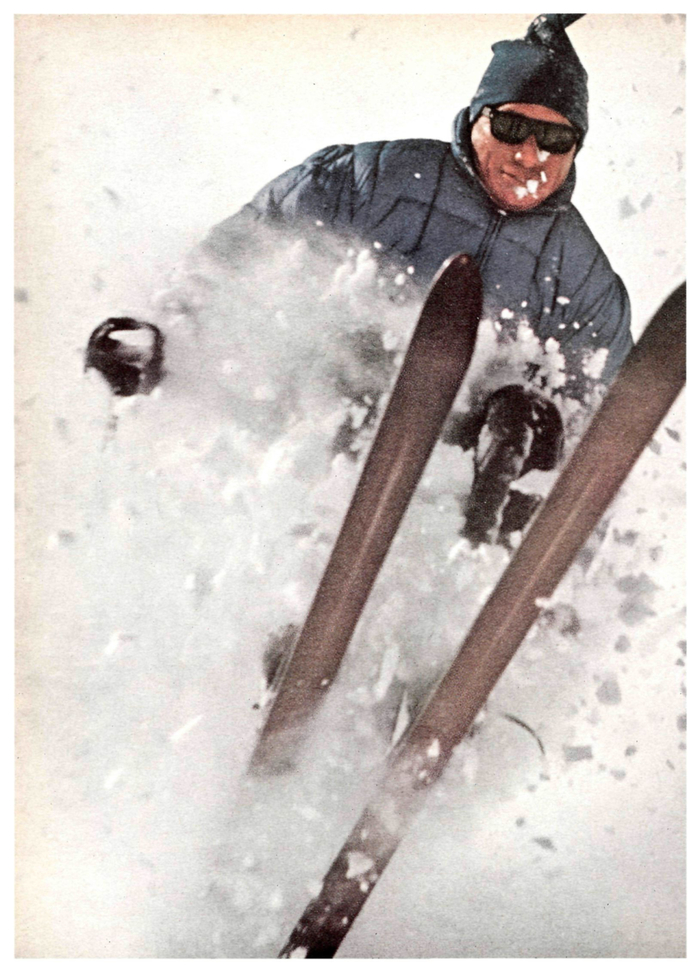 Eventually, Ted managed to scrape together about $30,000 of capital to acquire the abandoned Blackjack mining claim nestled at the base of Peruvian Gulch. Ted’s vision evolved with the purchase of another small mining claim named Snowbird. He began to realize the terrain was worthy of an entirely new resort in Little Cottonwood Canyon. In the mid-1960s, with the same blind grit and determination as the old silver miners, Ted quietly sifted through piles of paperwork and aging claim records. Scraping deep into his savings, Ted slowly purchased small claims as he identified their long-lost owners, eventually piecing together about 800 acres.

Running low on capital, Ted schemed about how next to bring his grand and impossible dream to fruition.  In a clever move, Ted persuaded Warren Miller to come to Snowbird and film a segment about the extraordinary powder snow. Miller agreed and they produced a short film together and Ted hoped the exposure would attract a wealthy investor.

After months and months of rejections from wealthy investors, corporations, agencies, and banks, Ted was on the verge of abandoning his fantasies about Snowbird. At the 11th hour, with looming deadlines, Ted serendipitously met a prosperous Texas oilman and rancher, Richard D. Bass, at a party in Vail, Colorado in the fall of 1969. After watching Miller’s 13-minute film and a visit to Snowbird, Bass was enamored with Ted’s vision and the two quickly formalized a partnership to fund construction. 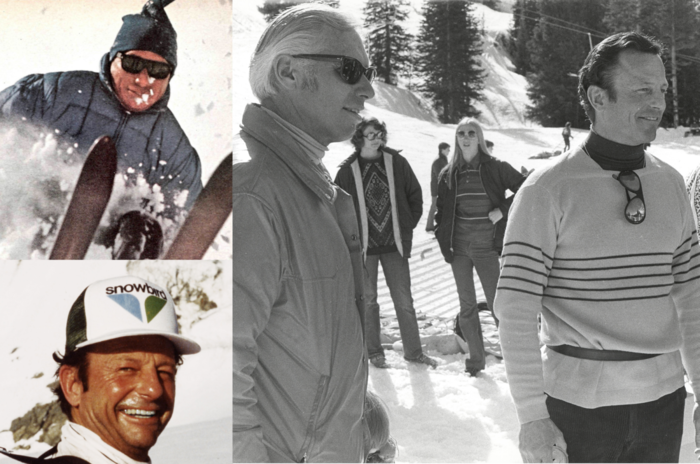 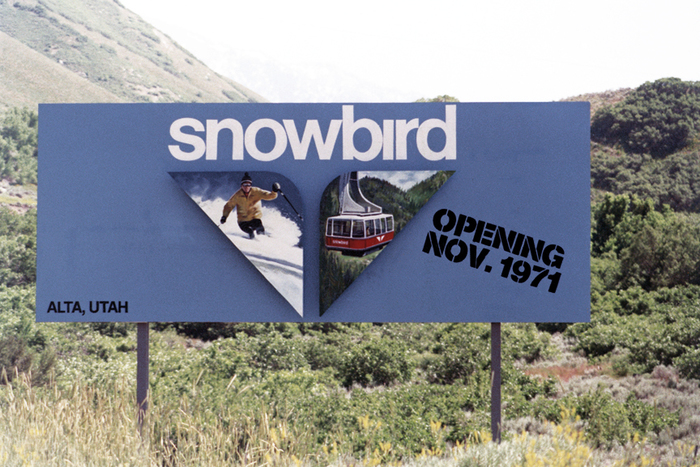 “My underlying dream for Snowbird is the creation of a year-round resort, which respects and complements the beauty and inspiration of this natural setting—a place dedicated to increasing human understanding through the enhancement of body, mind and spirit.”
- Dick Bass

With rigid deadlines, construction launched with warp speed in 1970. Snowbird’s former CEO and President, Bob Bonar, remembers spending the next two summers working 12-16 hour days, 7-days a week. Bob confesses “Most of what you see here was built in two summers; we spent every waking moment cutting all the runs, building the lifts, the tram, and the cat roads.” A famous pioneer of skiing in Utah, Junior Bounous, left Timp Haven—now Sundance—to help Ted create the ski school and poured over topographic maps to plan out many of the runs guests enjoy today. 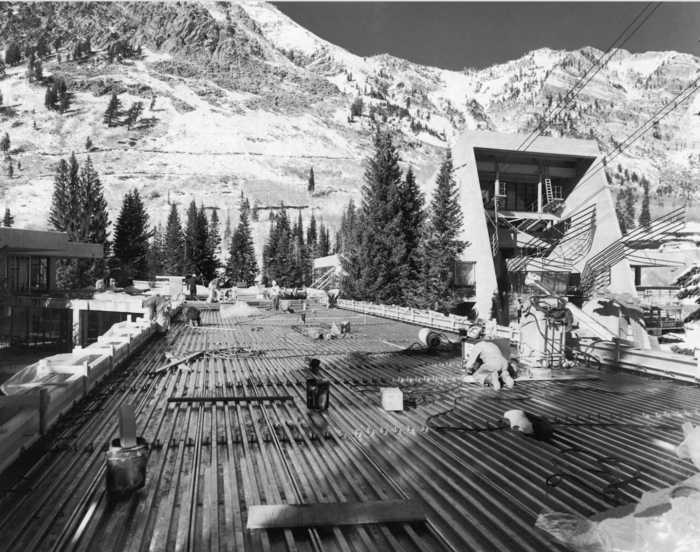 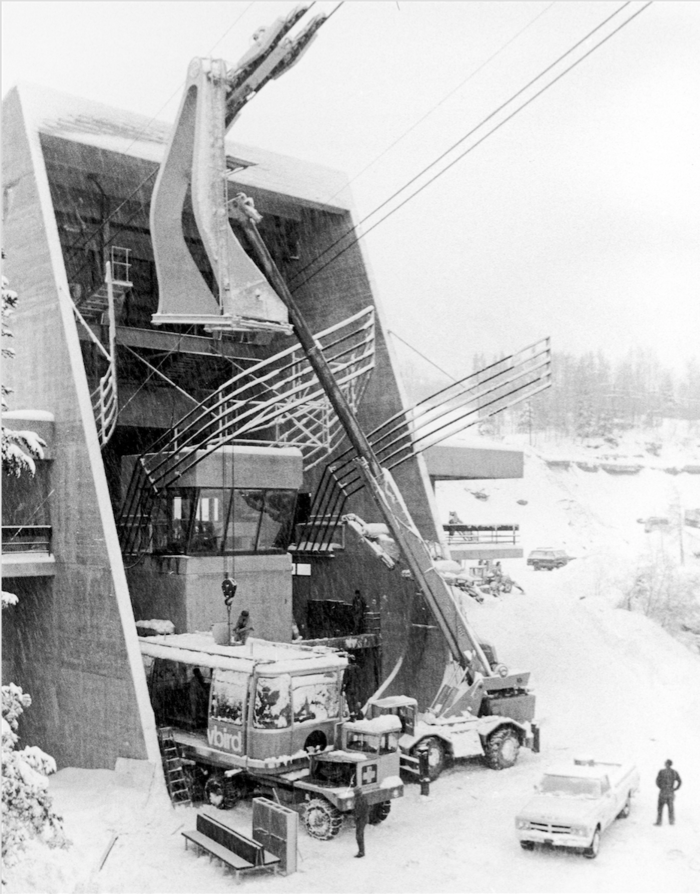 Opening Day
Snowbird opened to the public on December 23, 1971 with the unveiling of The Lodge at Snowbird, the Snowbird Center, the iconic aerial tramway, Wilbere, Gad I (now Gadzoom) and Gad II.  In 1972 the Chickadee lift and learning area were opened alongside The Inn, followed by The Cliff Lodge in 1973 and the Iron Blosam Lodge in 1974. Worn out by the Herculean effort that had been necessary to bring Snowbird to life, Ted Johnson sold his share of ownership to Dick Bass that same year. Next time you navigate down the Silver Fox run, named for Ted Johnson's shock of silver hair, do so with immense gratitude for the grit and determination of Snowbird's original dreamers.

In 1976, the Peruvian double chairlift was constructed to better service skiing in Peruvian Gulch. Baby Thunder was added in 1995, expanding Snowbird’s accessible terrain further west toward the canyon’s mouth and adding a good amount of acreage for beginning and intermediate skiers. In 1997, The 'Bird converted the old Gad I double chairlift into a high-speed quad renamed Gadzoom. 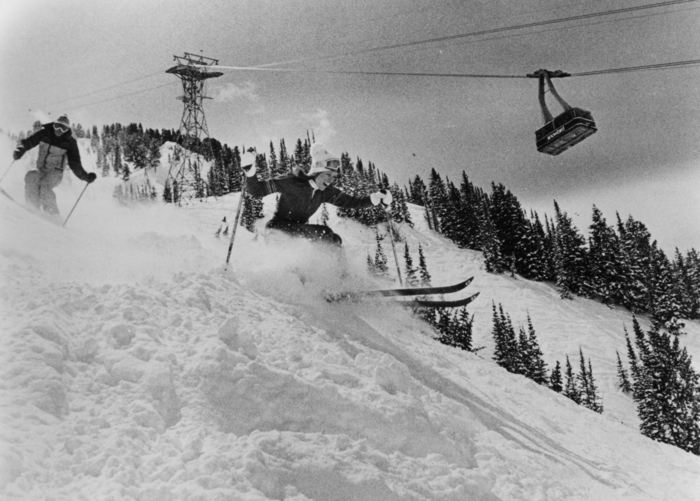 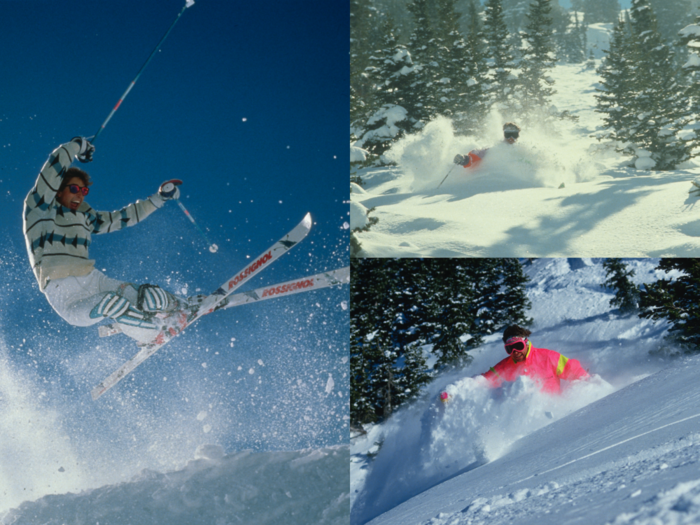 Locals who had long slobbered over the tantalizing views in Mineral Basin were ecstatic when the ropes to this powder paradise were formally dropped in 1999 at the turn of the millennium. This 500 acre expansion involved hauling the lower terminal for the Mineral Basin Express chairlift by snowcat from the base of the Alta Ski Area parking lot and up and over Sugarloaf Pass. Some pieces weighed more than 16,000 pounds and as many as four snowcats were required to position pieces in place. The following summer, a special frame was attached to convert the tram into a giant moving crane to transport the top terminal to 11,000-foot Hidden Peak. Old Red hauled up to 16,000 pounds of pieces and parts, load by load, to the heights of Hidden Peak.

Alta Ski Area and Snowbird were connected via the Baldy Express Chair in 2001, melding two world-class resorts which were voted as the Best Ski Area in North America five years in a row by SKIING Magazine. 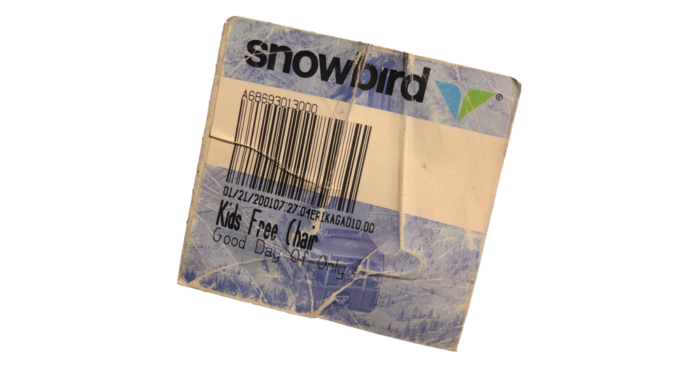 In 2006, the Peruvian Express chairlift and Tunnel were opened to the public, providing a way to access Mineral Basin on windier days when the aerial tram is relegated to the safety of its bays. This solution also permitted Snowbird to provide access to Mineral for guests without marring the sight of the ridgeline with manmade infrastructure. In the same year, Snowbird became the first private landowner in Utah to fund a cleanup project to manage the toxic mining tailings in American Fork Canyon from the days of yore.   2012 saw the upgrade of Little Cloud to a high-speed quad, and Gad II met the same fate in 2013.

More recently, renovations to the Cliff Lodge, improvements to snowmaking, the additions of The Summit and Creekside lodges, the Chickadee Snow Bridge and the new SeventyOne have kept Snowbird busy. Snowbird’s aim is to “make memories that match our mountain,” and as anyone who has visited snowbird will attest, it is indeed a memorable place. 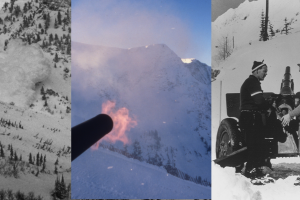