The History of Sundance Mountain Resort

Claim to Fame: The only resort in Utah once owned and operated by a film star, Sundance is a resort unlike any other. Thanks to the watchful eye of Robert Redford, Sundance Mountain Resort has successfully balanced development alongside conservation. The resort's enduring legacy protects the wild character of the land while fostering culture arts and a space for creative types to innovate, retreat and create. 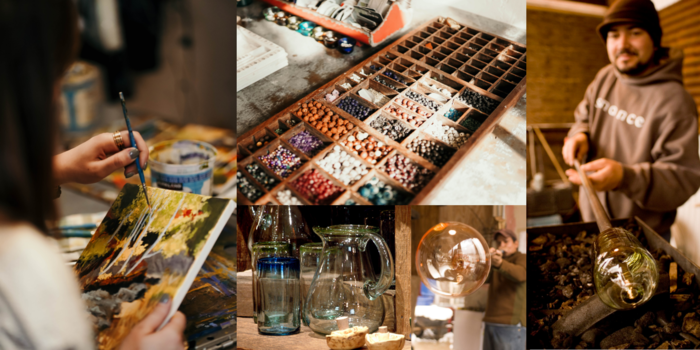 Unique Character: What sets Sundance apart is its commitment to fostering a vibrant art community, you sense the difference the moment you set foot on the property and experience the rustic yet elevated charm. Every detail and amenity is thoughtfully composed to put guests and artists at ease, just steps from nature’s beauty. Don't miss movie screenings, the Sundance Art Studio Classes, or watch glassblowers at work, recycling the resort's discarded glass into beautiful tableware, vases and art.

Terrain Info
Sundance is located in the shadow of the mighty Mount Timpanogos. A beautiful drive up Provo Canyon—don’t miss the sight of Bridal Veil falls—leaves visitors surprised to find Sundance tucked inconspicuously amid the foothills of this iconic Wasatch peak in North Fork Canyon. From friendly groomers to the open powder terrain in Bishop’s Bowl, no matter where you point your tips at Sundance, glorious views and nature’s beauty will overwhelm you. 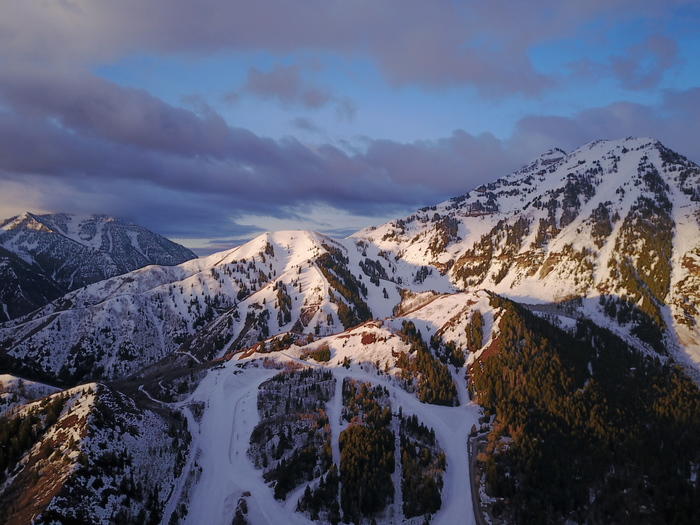 What’s in a Name: Sundance
When the Stewart family opened a ski area in 1944, they held a contest to name the new slope. Ruth Biddulph won a season pass that year for her winning submission of Timp Haven. Later, after Robert Redford purchased the ski area from the Stewart family, he renamed the resort Sundance, after his role in the 1969 film Butch Cassidy and the Sundance Kid. Redford played the role of the Sundance Kid, an actual American outlaw by the name of Harry Alonzo Longabaugh who was reportedly the best shot and fastest gunslinger in Butch Cassidy’s Wild Bunch. Longabaugh earned his name from the town of Sundance, Wyoming, where he faced the single arrest in his notorious career as an outlaw for stealing a horse.

In the Early Days
The beautiful terrain where Sundance now sits was once home to tribes of Ute Indians from approximately 1400 AD onward. These inhabitants frequented the area rich in game and fish and often occupied the cooler heights in the summer months to escape the brutal heat of the Great Basin. According to Native oral history, there are at least 12 versions of the Legend of Timpanogos. You can read some of them here. Mount Timpanogos is often called “The Sleeping Maiden” and the shape of the ridgeline does resemble a sleeping woman. The stories detail accounts of a Ute Indian woman named Utahna and her ill-fated love for the warrior Red Eagle.

In the mid-1800s a Scottish immigrant named Andrew Jackson Stewart Jr and his sons surveyed the area. Enamored by the views of Mount Timpanogos, the Stewarts began to homestead in the area after each received 160 acres of land under the Homestead Act. Log cabins popped up over the years and by 1911 the families collectively owned 2,200 acres of ranch, raising cattle and sheep in the area that came to be known as Stewart Flats.

The families eventually came together and formulated the North Fork Investment Co. to protect their investments and better share the ranch’s income. Back then, there was just one rugged dirt track with a section of prohibitively steep grade. The Utah County Commission built a roadway for automobiles in the 1920s. Hiking in the area was popularized in the early 1900s, thanks to the enthusiasm of a Brigham Young University professor, Eugene L. Roberts. Some hiking trails crossed Stewart's property and the families appreciated the hikes that popularized the area with leisure seekers.

In July of 1941, the first slalom ski race took place on Mount Timpanogos Glacier. Enthusiasm for skiing inspired the Stewart Family to create the Timp Haven ski area in 1944. This second generation of Stewarts developed the well-loved Timp Haven and it was owned by S. Paul Stewart who helped run the place with his brother Ray and wife Ava for 20 years. 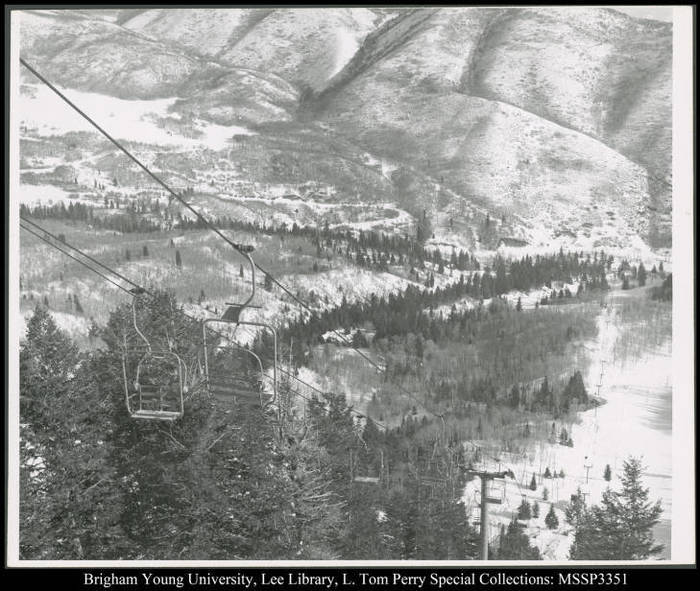 
Paul ran the mountain operations, built the ski lodge and installed running water. Meanwhile, Ray was responsible for clearing trees and cutting runs. He helped to build the original tow rope with J. W. Daniel, who had unsuccessfully attempted to run a ski slope near Springville, Utah. The tow made its way to North Fork Canyon, thanks to the efforts of Daniel, but the Timpanogos Mountain Club abandoned the idea when the tow rope could not be made ready for winter of 1944. The rope tow finally thundered to life at Timp Haven thanks to a Chevrolet truck engine that hauled skiers 500 feet up the mountain. Ray overhauled the tow with additional equipment and the contraption operated when driving conditions on the treacherous road permitted.

Though the tow rope was plagued by mechanical problems and tricky road conditions, Timp Haven would typically open around Christmas and operate through early March. A day pass would set skiers back $1.00. Provo City eventually installed lighting, allowing the ski area to operate night skiing on Mondays, Wednesdays and Fridays. Paul’s wife, Hilda, ran a cafe at the ski area and served up hamburgers to hungry guests. Paul slowly acquired land owned by other Stewart families and added thousands of acres of property. 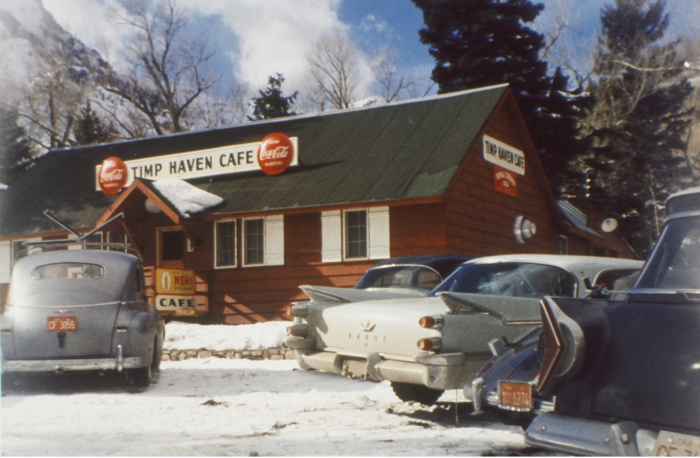 Timp Haven Expands
In the mid-40s the resort provided ski lessons, Brigham Young University began ski classes for students and the ski area included a thriving tubing and toboggan hill. The Stewarts expanded the resort by adding a T-bar in 1948 that boosted skiers 1,000 feet up the hill. This time around, the family powered the lift with a 1938 Ford truck. A single chairlift was added in the autumn of 1953, vastly increasing the skiable acreage with its 2,500-foot track. A lodge was built in 1957, the site of today’s General Store and Grill and the family added a Poma lift in 1958. A double chairlift, Mandan, was installed in 1965, replacing the old single chair and two T-bar lifts. 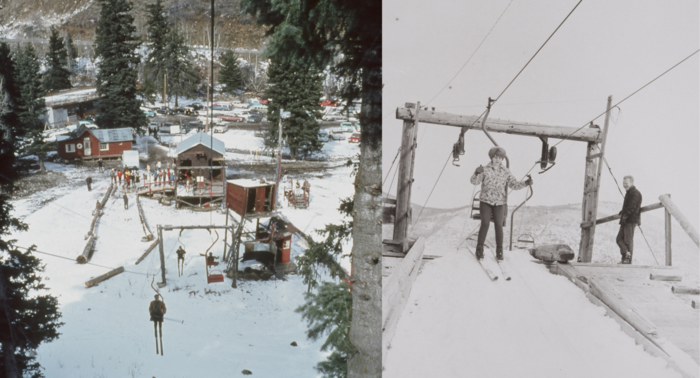 A Change of Hands
In the 1960s the Stewart family built a subdivision of homes in Stewart Flats called Timp Haven Homes. Along came famous movie star and heartthrob, Robert Redford, who purchased a 2-acre lot for $500 in Timp Haven in 1961. Redford had taken a wrong turn sometime back in the 50’s and stumbled upon Provo Canyon purely by accident when driving from California to college at the University of Colorado. He built a cabin and spent time living in the canyon with his family between various film projects.

In the late 1960s, development was rampant in Utah. Redford nervously evaluated the expanse of Timp Haven’s natural splendor and cobbled together the funds and investors necessary to purchase 3,000 acres. This prevented a housing development of A-frame cabins that would have been stuffed into the canyon’s heights on quarter-acre lots. Later, in August of 1968, Redford purchased the entirety of Timp Haven which at the time included the T-bar, the rope tow cobbled together with engine parts and the Mandan double chair.

“Sundance is an arts community, a recreational community, a community of people who appreciate the beauty of nature and feel the responsibility to preserve it.”

Impressed by the beautiful landscape and motivated to preserve the natural character of the canyon, Redford thoughtfully envisioned a resort centered around forging a connection between humans and nature with a focus on responsible development.


Ignoring the advice of New York investors, Redford decided “to develop a little and preserve a great deal.” He knew he would need to increase revenue and made a goal to create an Aspen-like atmosphere to attract celebrities and foster the arts by using the resort to lure luminaries to the slopes. The creation of the Sundance Institute helped Redford to achieve this aim.


In 1969, the old Navajo lift was installed, followed by the Arrowhead lift in ‘85. Sundance began spinning Ray’s Lift, a new quad chairlift, in 1994 to honor Ray Stewart’s legacy in building Timp Haven. In 1995 the old Mandan and Navajo lifts were decommissioned. The old Arrowhead triple chair was replaced with another quad in 2015 and named Red’s Lift in honor of Redford. 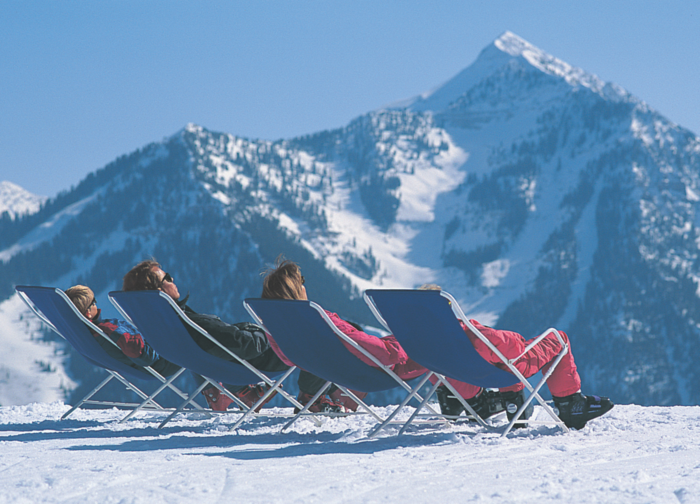 The Legacy of the Arts at Sundance
Eager to showcase the special landscape, Redford hosted a three-day conference for filmmakers and artists at Sundance in November of 1979. His aim was to foster and support independent filmmakers. These initial gatherings sparked the foundation of the Sundance Institute in 1981 which continues to celebrate and support diverse American filmmakers.

Writers, directors, producers and artists have all sought solace and inspiration at Sundance, a place where creative energy is uplifted by the scenery and culture of the resort. The first screening of films at Sundance occurred in 1985, showcasing independent films. To this day, the Sundance Film Festival continues to support independent filmmakers in the creation and distribution of unique films. Now hosted in Park City, it is the largest independent film festival in the US and one of the largest globally. Click here to read why skiing during the Sundance Film Festival is a blast!

Looking to the Future
In December of 2020, after years of searching, Robert Redford announced the sale of Sundance Resort to Broadreach Capital Partners and Cedar Capital Partners. After over a half-century of careful stewardship, Redford felt the time was right to find a suitable buyer to continue the legacy of preservation, recreation and supporting cultural arts.

To commemorate the fruitful search, the Redford family also announced the creation of the Redford Family Elk Meadows Preserve. In cooperation with Utah Open Lands, over 300 acres of pristine wildlife habitat, streams and wetlands near Stewart Falls were placed into permanent protection. Broadreach and Cedar have committed to honor Redford’s ethic of slow, responsible development and plan to collaborate with the community Redford forged over the decades to preserve the spectacular landscape of Sundance Resort. In the future, expect to see improvements to the skiing experience, on-mountain amenities and a continued effort to foster cultural and artistic programming.

In March of 2021, Broadreach and Cedar announced a number of planned improvements at Sundance for guests in the 2021-2022 season. Sundance fans can expect two new lifts, improved snowmaking, additional parking spaces, and renovations to the Creekside building. The new owners plan to preserve the character and environment to the area.

Though Redford is closed a chapter in his fantastic story in 2020, his offer still stands:
“come here and see what you feel.” 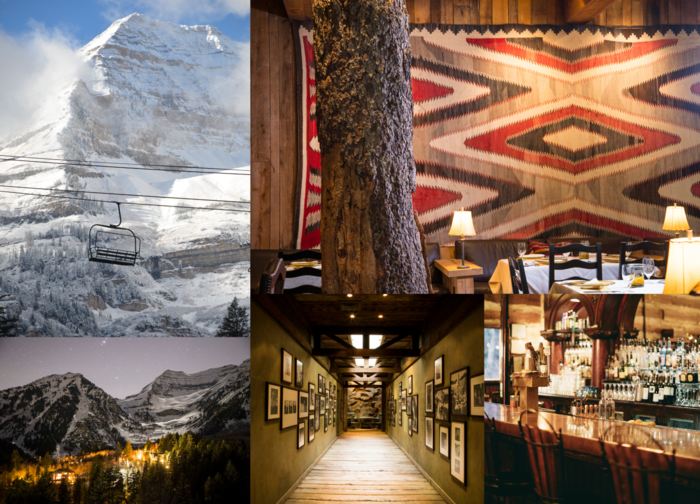 Sundance. (no date). The Sundance History. Retrieved from https://www.sundanceresort.com/the-sundance-history/ 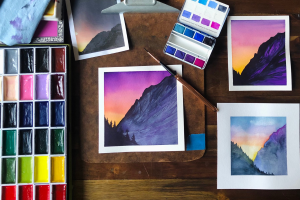 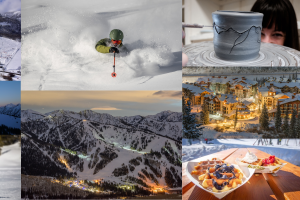 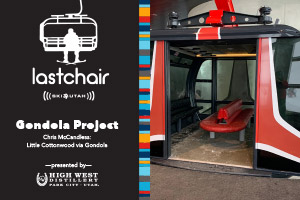