On a recent Saturday afternoon, before visiting friends who were renting a cabin in Eden for a ski trip to Powder Mountain, I decided to pop in to New World Distillery, a place that had been on my radar since their opening this past December. Since their products aren’t yet available in Utah State liquor stores, I knew a drop-by was the only way to taste the fruits of their labor.

Just off the main junction, I found a new barn-style building where I was welcomed by a little gift shop and tasting room. Through large glass windows I could see enormous vats, pipes and barrels—where the spirit happens—and also some long dining tables decorated for a party; I happened to visit the same night that they were celebrating the year anniversary of when they broke ground. 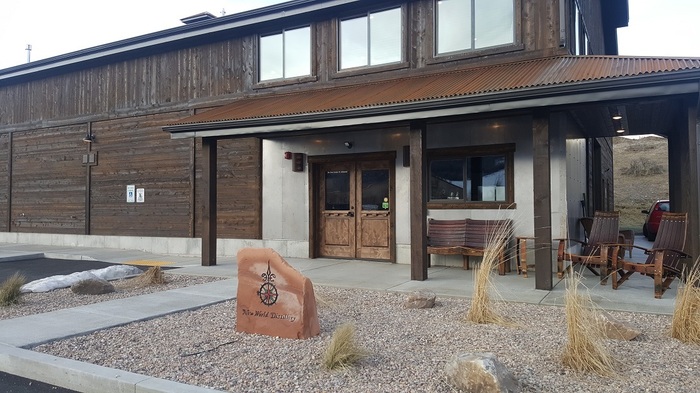 “They” are Chris and Ashley Cross, Ogden Valley dwellers since the 1990s, who began to formulate their plan for a distillery in 2013. Ashley studied gin-making in Amsterdam and Seattle, and both she and Chris took additional classes in Mexico.

The only product New World currently offers in Oomaw gin, but it’s a gin that stands out against a lot of gins on the market. In fact, it just won the bronze medal at the American Craft Spirits Association annual tasting competition.

“People throw a handful on juniper berries in vodka and call it gin. That’s not gin,” Ashley says. Oomaw is made from 100% organic ingredients, a blend of cinnamon bark, lime peel, sarsaparilla root, hibiscus flowers and yes, juniper. Ashley will pour you a sample—neat, to truly appreciate the flavors—and explain why she used each of the element and what they add to the spirit. My sip was fragrant, silky, with hints of floral tones, bright pops of lime, and the undertones of juniper. All with a mellow finish.

The label features a dragonfly with etchings of the mountains, a beehive and Delicate Arch on its wings. Oomaw is the Hopi word for cloud deity and is said to commune with the dragonfly to discover untapped sources of natural water. Currently, New World Distillery has distilled and is resting agave spirits (otherwise known as tequila, a proprietary name owned by Mexican-made liquors), which will be available in April.

The distillery and gift shop is open for shopping and tasting Tuesday through Saturday 11-6. Tours happen Friday and Saturday at noon and 5:00pm and space is limited. You can also book a private tour for you and your gin-loving friends by emailing info@newworlddistillery.com. 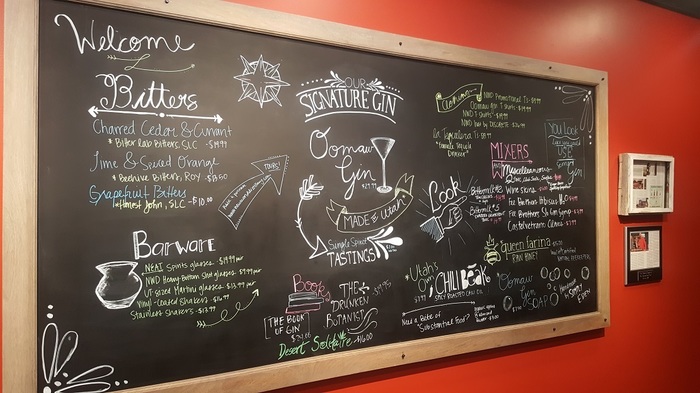 Shake with ice, strain and pour. Ice Climbing Through A Utah Slot Canyon With Kicker Dog