While the following sentiment will surely come as little surprise to anyone who’s learned to ski after age 12, it’s a healthy reminder for the rest of us: learning to ski is not easy, particularly as an adult. The gear is heavy and awkward; being passed on the slopes by faster skiers is intimidating, and older beginners often feel self-conscious about being relegated to the “bunny” slope all day. With these and other challenges that new skiers face in mind, Deer Valley Resort embarked on a series of innovative mountain improvements for the 2022-23 winter season catering specifically to its beginner-skier guests. “These improvements mean much easier access to some of Deer Valley’s best beginner terrain, allowing new skiers to explore more of the mountain and enjoy a greater sense of accomplishment earlier on in the learning process,” says Rob Sogard, Deer Valley’s vice president of skier services.


The project began with the removal of the Burns Lift, a fixed-grip, double chairlift located on the skier’s right side of Deer Valley’s signature Snow Park Base teaching run, Wide West. Burns had been in operation since Deer Valley’s 1981 opening and had essentially aged out of practical operational existence. But rather than replacing the old Burns with a new lift along its original route, chairlift access to Wide West was maintained by extending the base of the existing Snowflake lift down closer to Snow Park Lodge. The new configuration has not only provided more elbow room for beginners along Wide West—so much more, in fact, that a fourth conveyor lift was added to the run with plenty of room to spare—but has created a more delineated separation between Wide West and more advanced skiers descending along Solid Muldoon on their way to Snow Park. “We also regraded the top of Wide West where skiers disembark from Snowflake making that area less steep and more consistent,” says Steve Graff, Deer Valley’s vice president of mountain operations.

The second but likely more significant aspect of this season’s beginner-driven improvements at Deer Valley is the installation of a new four-person, high-speed detachable chairlift. The new lift, named Burns Express in honor of its now-retired predecessor, offers a new connection between the Snow Park area and the runs off Little Baldy Peak. “Runs in the Little Baldy area, like Deer Hollow and Gnat’s Eye, are some of the best beginner slopes on the mountain,” Graff says. “But because those runs were hemmed in by intermediate terrain, beginners couldn’t easily get there. Until this season, that is.”

When the new Burns Express chairlift starts spinning, scheduled for late December 2022, beginner skiers will have an additional scenic route to explore. Starting from the top of Burns Express, skiers will descend the gentle, beginner-friendly Deer Hollow ski run before arriving at the Mountaineer Express chairlift. After riding up Mountaineer Express to the top of Little Baldy Peak, skiers will enjoy the expansive, inspiring views of Jordanelle Reservoir and the mountains beyond. From there, beginner skiers can choose between a pair of easier runs. Gnat's Eye is the easiest of the two while upper Deer Hollow offers a slightly steeper choice, although it is also a beginner run. Both runs will lead skiers back to Mountaineer Express or provide them with the option to glide over to Snow Park Lodge on the new, lower Gnat's Eye ski run.

An aspect of the new Burns Express Lift that will likely be especially appealing to parents of younger learners is that it is the first chairlift in North America equipped with automatic restraint bars. “The automatic bars on Burns Express come down soon after skiers board and then retract just before they disembark,” Graff says. “Our hope is that these automatic bars will help show beginners, particularly kids, when it’s appropriate to put the bar down and when it’s safe to put the bar up, leading to safer lift riding practices.”

While beginners were certainly the focus of much of the improvements Deer Valley completed for its 2022-23 winter season, there’s plenty about these upgrades for intermediate and advanced skiers to love, too. The new lift configuration offers quicker access to the fun and lesser-travelled slopes off Mountaineer Express—runs like Crescent, Cascade and Dynamic—as well as Jordanelle, a long and buttery cruiser that flows all the way to the base of the Jordanelle Express Gondola. “We expect that this season’s improvements will provide another way for beginner skiers to get to know Deer Valley’s terrain as well as give our return guests a fun and faster alternative to getting to a part of the mountain they may have previously overlooked,” Sogard says. 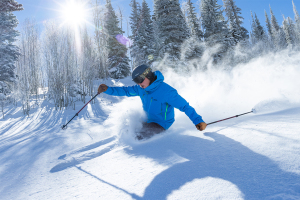 Utah Snowpack Off to Best Start in Almost 20 Years 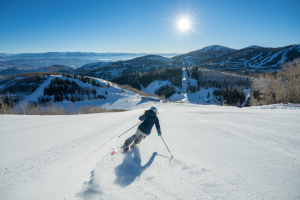 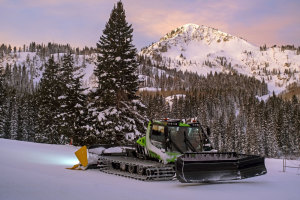 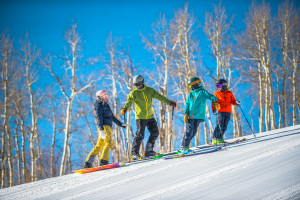 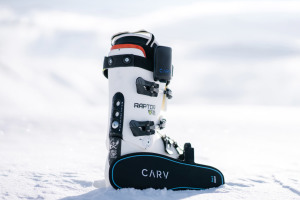 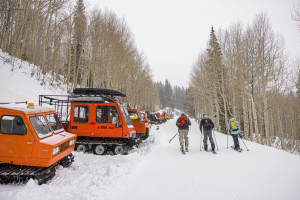