Winter is back… it never really left… but it’s back again!!!

“Winter is back!” Is a phrase I kept hearing around Utah last week. Which is funny, because winter never really left. In years past we’ve used that phrase following extended periods, months even, of high pressure, and unseasonably warm, spring skiing conditions. What we have seen his year has been very different. It started snowing in late-November and hasn't stopped. January was one of the snowiest months ever!

February started out a little different. Instead of back-to-back winter storms like we saw in January. We started the month off with a series of atmospheric river events that dumped a ton of moisture on Utah. While the snow was still great at upper elevations, the snow was a little more dense than we’re used to in the Wasatch.

Well, that all changed this past week!

Cold winter storms returned to Utah with a vengeance. Just look at the snowfall totals over the past week via Wasatch Snow Forecast. 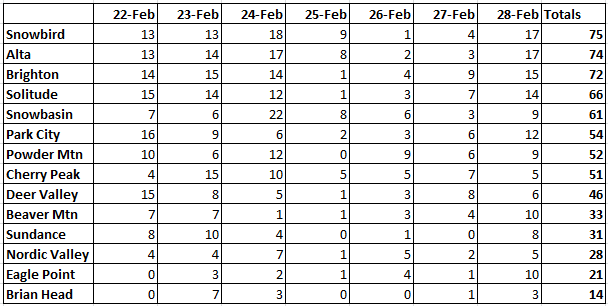 Winter is back! Although it never really left. Don’t believe me? Don’t like numbers? Look at some of my favorite instagrams each day of this storm cycle.

Wednesday 2/22
We awoke this past Wednesday to fresh snow in our driveways and over a foot of snow at most resorts. I made my way to Alta to ski some storm snow. Kevin Learned and I spent eight hours on Wildcat Lift as the snow kept stacking up.

Thursday 2/23
We received another foot of snow by Thursday morning. I had to work, but my good buddy Andrew Muse was kind enough to share some insane pow at Park City Mountain from Thursday morning.

Friday 2/24
A day that some people have called “the best day ever!!!”  I was stuck at the bottom of Little Cottonwood waiting for the road to reopen after a natural avalanche covered Highway 210. Those select few who managed to make their way to the Alta or Snowbird “Country Club” before the road closure were treated to another foot-and-a-half of powder. My friend, Willie Nelson (not THAT Willie Nelson), was there and happily documented a few turns for us to enjoy. Thanks, Willie!

Saturday 2/25
I ventured into the backcountry on the Park City Ridgeline on Saturday morning. With 3-4 foot storm totals in most spots, I enjoyed one of my best backcountry days ever.

Sunday 2/26
The the snow stopped for a few hours on Sunday morning, the skies cleared, and the sun even came out from hiding. Check out some photos from the Wasatch Backcountry on Sunday morning via Weston Shirey and Joe Johnson.

Monday 2/27
A calm Sunday turned into another winter storm overnight. Alta received four inches overnight before the great snow faucet in the sky blew a gasket or something. It nuked a foot of snow throughout the day. I waited a couple hours and managed to make my way up Little Cottonwood before a road closure shut down traffic for the afternoon. I wound up skiing Alta with Kevin Learned and Mike Mathews until last chair. It didn’t stop snowing the entire time.

Tuesday 2/28
It’s been a week since the snow started and it’s not done yet. Solitude reported 14 inches of snow over the previous 24 hours. Tim Roberts and I were there and we freakin’ killed it.


Winter is back… it never really left… but it’s back again!!!

After the Party Is the After-Party: Deer Valley World Cup and Yeti Bash 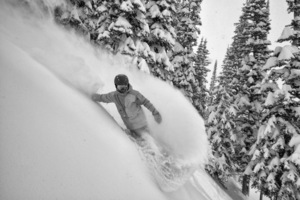 Well that was sick! Sleeper pow day in Park City! 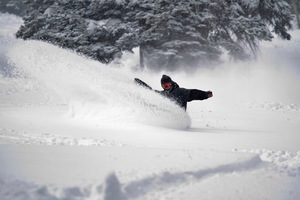 It's your Winter Halftime Report Show