Despite a current snowpack depth of ten feet, Sunday marked the final day of the season for Brighton. Setting a Utah season high with 641 inches of snow, and with the second-longest season in Utah, what a season it was! A memorable season calls for a memorable closing day, and Sunday at Brighton did not disappoint.

That leaves Snowbird as the final resort spinning lifts in Utah. But don’t worry, this isn’t just a token additional weekend in order to justify Snowbird marketing’s “longest season in Utah” claim. No, the Bird is still going strong with a future closing day estimated in months, not days or weeks. Today, April 25th, Snowbird is reporting 13'' since 6 AM! Truly, mid-winter powder turns. This photo was taken today!

I spent a few days up at Snowbird this past week and the stoke level was through the roof... and not just any roof, but the roof on the new Summit lodge on top of the 11,000 foot Hidden Peak. Back-to-back midweek storms dumped almost a foot-and-a-half of snow in Little Cottonwood. The first wave brought six inches of creamy spring snow to the Wasatch. With ample coverage and almost no crowds, it skied even better than you’d think. Check out some clips from the first storm. The boys are still getting after it in Utah.

The second storm overproduced and dumped almost a foot of cold Utah powder. Looking around on Friday in-between face shots, I had a hard time reminding myself that it’s late-April and not February or March. The only noticeable differences are that the days are much longer, there’s a lot less clothing being worn on the slopes, and there are a lot more people drinking beer on Tram Deck than waiting in the Tram Line. Check out Powderhound Matt's video from April 21st.


Don’t worry if you prematurely put your ski gear away and missed this past week’s pow days, a few spring storms are moving into the Wasatch this week. This forecast has the potential to produce some pretty significant snowfall amounts. Take it from my fellow Ski Utah blogger, Powderhound Matt:

"It's going to be good, bro."—Powderhound Matt


Are you over skiing powder but still want an excuse to get in the mountains and enjoy a good après-ski session? This next round of storms should be followed by a nice little stretch of warm weather and sun. Meaning this could be the perfect weekend to get into the mountains and work on the goggle tan before the springtime bbqs, golf games, and bike rides.

The Bird is planning on staying open daily until May 14th, followed by a weekends-only schedule as long as there’s still snow to slide on. At this rate, who knows when that will be? 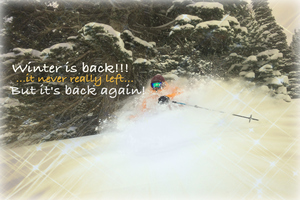 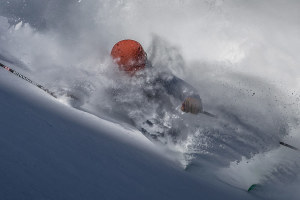 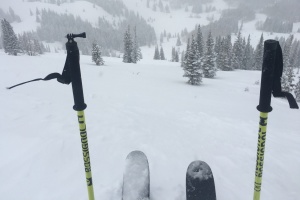