How To: Be A Powderhound Hero

Skiing is full of terminology. And lingo. The stuff we know that’s technical, and the stuff we pick up that’s colloquial.

Which is your favorite?

Then there are the expressions. There’s the chinese downhill, the white room, the face shot, and the newest one I learned:

So it’s like this. There are these days called ‘sleeper pow days’, right? That is you going up not thinking it’s going to dump, but it does. Weather guy gets it wrong, you’re instagramming non-stop. Ear to ear grin. All is right with the world and you won the day.

Some days, it’s not full on steep and deep. It’s a few inches. And it’s on top of a nice base and a consistent fall. That’s hero snow. Aptly named, because anyone looks pretty good skiing it. It takes a lot to learn how to perfect a deep powder turn, remember. You make it look good but you had to practice. Hero snow is just enough (dust on crust, but better conditions) to make you look like a pro.

You want to ski the hero snow. You want to be up at Solitude. You want a guide to tour you away from the front faces after you made a few sweet laps. You get up and behind everyone else, traversing through gates and dropping fun lines effortlessly. You may want to take turns grabbing pics, because hero snow isn’t so good that you can’t stop. And as Ski Utah tells you over and over, Solitude won’t get tracked out.

So next time the Ski Utah snow report isn’t all Monster Dumps, don’t get bummed. Head out for the hero snow. Any day on skis is better than a day at a desk. 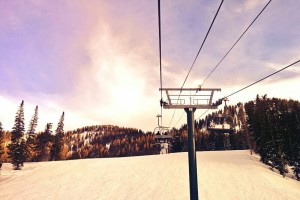 How To: Ski Solo