Good article in the SLC Tribune the other day about the correlation of early-season snow amounts and total snowfall.

Do you remember last year?  The start to the season wasn't much better snow-wise.  On this day a year ago, only 81.5 inches of snow had fallen at Alta. That is 4.5 inches less than this fall's total, through today (compacted into a 35-inch base).

But 39.5 inches of snow fell in the next three days last year, followed by measurable snow on 17 of the 19 days leading up to Jan. 1. By season's end, Alta had received a monstrous 701.5 inches.  That's what I'm talking about.

Only the notorious winter of 1976-77 has been a complete downer. In that year, even Alta could not open for Christmas. Near season's end, then-Salt Lake Tribune business editor and ski devotee Bob Woody wrote that "the most snowless year on record" had cost Utah resorts about $25 million and was a "near disaster for small specialty shops." At the same time, Snowbird was forced to cut employment from 800 to 300.

Moral of the story: A low pressure system that has been stuck over Hudson Bay is projected to dissipate soon. The low that replaces it looks likely to form farther west, a more traditional location that should direct storms Utah's way. 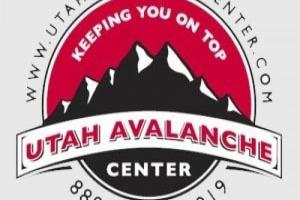 Get your Ho, Ho, Ho on at The Canyons

Are you ready to eat? How about up at Snowbird?

By the hour, by the week

Snowbird Gets 10" to Start November

Quenching the Thirst With Another May Storm