Tension is high for athletes competing at the Visa U.S. Freeskiing Olympic Qualifying Event, hosted at Park City Mountain Resort, January 17-18, 2014. For many it will be that last chance for them to qualify for the Sochi 2014 Winter Olympic Games.

Some of the best freeskiiers in the world will compete in the Slopestyle and Halfpipe events At Park City Mountain Resort. The competition includes both men’s and women’s events with winners being named each day. The Slopestyle event will be held in King’s Crown terrain park while Halfpipe will be in the Eagle Superpipe.

Because freeskiing is debuting at the Winter Olympics in Sochi, the first ever U.S. Freeskiing Team hasn’t officially had a name. A naming ceremony will be held following the competition on January 18th accompanied by festivities and a free on-mountain concert by O.A.R.

The good news, this event is FREE and open to the public. What a cool opportunity to see top-level athletes who will likely compete at the Olympics a few weeks from now.  This is an opportunity to witness history! If you can’t find a sitter, get a doctor’s note for work, or find some other way to attend, both the finals and award ceremonies will be broadcast live on NBC Sports Network.

You can see the full schedule of the weekend's events HERE. 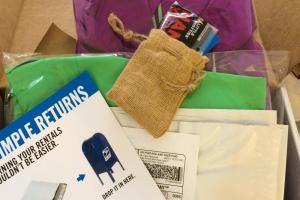 Ski School: Learning on The Greatest Snow on Earth

Holiday happenings at the resorts!

Snowbasin For The Summer