Testing with some big air!

Check out the fat new freeride ramp on the right!

The pool previously held 750 thousand gallons. It now tops 1 million and is 5' deeper under the climbing wall. Note the wall under construction at the end. It will be open next week with routes designed by Momentum Climbing Gym.

Testing with some big air!

Check out the fat new freeride ramp on the right!

The pool previously held 750 thousand gallons. It now tops 1 million and is 5' deeper under the climbing wall. Note the wall under construction at the end. It will be open next week with routes designed by Momentum Climbing Gym.

New ramps, new technology, and a larger, deeper pool are among the improvements being revealed at the Grand Opening this Saturday, June 27th at the Utah Olympic Park (UOP). I stopped by to see if all the hype was legit. It is! I was stunned and excited by the changes.

Crews were feverishly putting the last touches on the new ramps and testing was under way when I visited today. By Saturday, the UOP will officially be a state of the art facility for training not only Olympic athletes, but youth and enthusiasts as well. Among the new additions is a 16-foot wide freeride ramp for skiing and snowboarding, new “mini” ramp, additional capacity, and high-tech features to deliver a more snow-like experience.

"This redesigned Spence Eccles Olympic Freestyle Pool represents a new era in ski and snowboard training,” said Luke Bodensteiner, Executive Vice President, Athletics at USSA and board chairman of the Utah Olympic Legacy Foundation. “We look forward to the positive impact the new ramps will provide even more local youth and elite athletes in the decades ahead.”

Dubbed Project Big Air, the improvements were planned with three goals in mind:

Fostering Youth Engagement. With ramp variety, increased capacity, and sport-specific needs addressed by an innovative renovation design, we forecast huge growth in youth participation in the various disciplines of the sport.

Positioning Utah for the Future. This project deepens Utah’s commitment to Olympic winter sport and showcases the region’s unique and collaborative efforts to utilize its active Olympic venues. Utah will be better positioned as the best and logical location for the next Olympic Winter Games in the United States!

The pool has also been renovated to be larger and deeper to accommodate both the new ramps and a permanent free-solo climbing wall. Yes you heard me, a climbing wall without ropes allowing guests to plunge into the pool when they jump or fall. I tried it out last year and it was a blast!

Grand Opening Celebration – The celebration will include the Olympic caliber Flying Aces All Stars performing choreographed acrobatics into the pool at 7:30pm. Tickets are available online at UtahOlympicLegacy.org. Prices: $20 per person for adults, ages 13 and older; $10 per person for youth ages three to 12; ages two and under are free.

In a bold move, the Utah Olympic Park began construction and fundraising simultaneously about eight months ago. The Eccles family donated $1 million and the Utah Olympic Legacy donated $1 million, leaving another $1 million needed for the improvements. As of today, there is $25,000 remaining. That’s some impressive fundraising! I also think it speaks to the remarkable value our community sees in the project.

Want to pitch in? Donations can be made by contacting Jennifer Lippmann, Utah Olympic Legacy Foundation Development Director, at jlippman@utaholympiclegacy.com or 435-658-4229.

Leave a comment on this blog post and one lucky winner will win a pair of tickets to the Grand Opening ceremony. Winner announced this Friday, June 26 at noon. 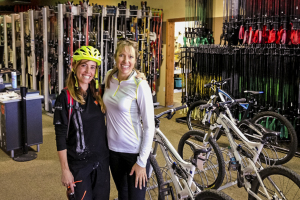 A Girl's Guide to Mountain Biking in Utah 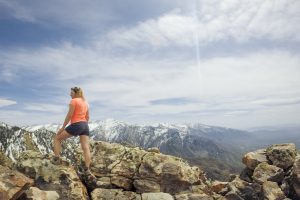 From Slopes to Trails: Spring hiking and biking in Utah

Alta in April: More fun to be had!

Alta in April: More fun to be had!

Easter at the resorts...